Back in September, LEGO announced another set from the “Out of the Vault” series with the LEGO Creator Vestas Wind Turbine (10268). It is similar to the 4999 version from 2008 which was only available to Vestas employees at the time. This new set has 826 pieces which is a bit more than the previous version and it will retail for $199.99. You will soon be able to get your hands on it when it becomes available starting on Black Friday, November 23. The contents of the box include nine unnumbered bags of smaller parts, three unnumbered bags of larger parts including Power Functions, a 32×32 green baseplate, and the instructions. 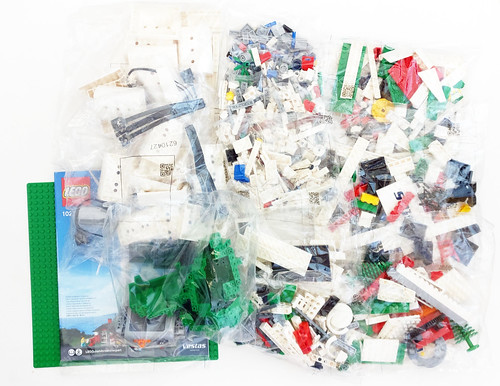 There are three minifigures in this set, a woman and two Vestas service technicians. The woman has on a patterned blouse with light blue legs. 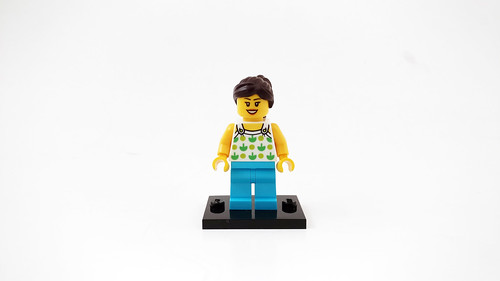 The two Vestas service technicians’ torsos have a large V on the front with dark blue legs. One of them has a moustache facial printing while the other has on glasses and both has on dark blue hard hats. 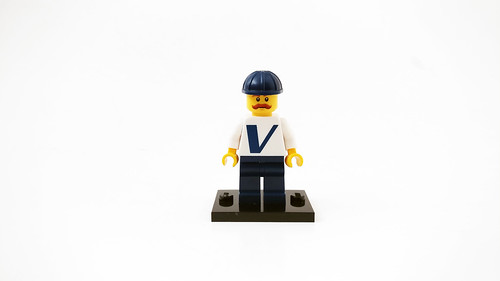 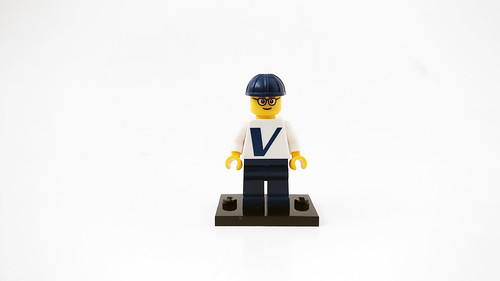 Lastly, there’s a German Shephard dog piece included in the set as well. 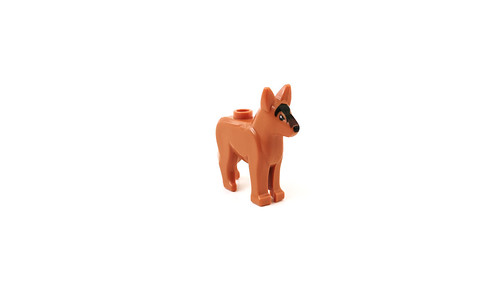 The build starts off with the 6-wide service van that fans may appreciate. The style of the van is simple and there’s are printed Vestas logo panels on the back. The doors on the back opens up to reveal a sliding tool compartment. 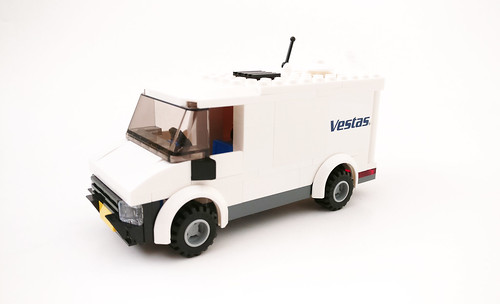 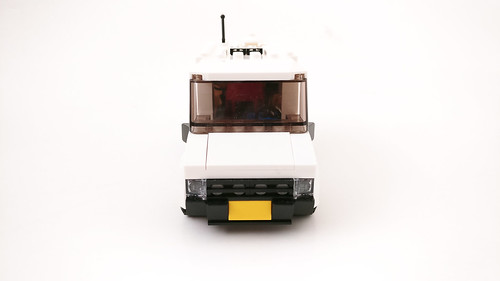 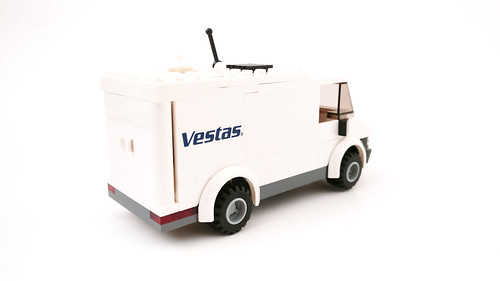 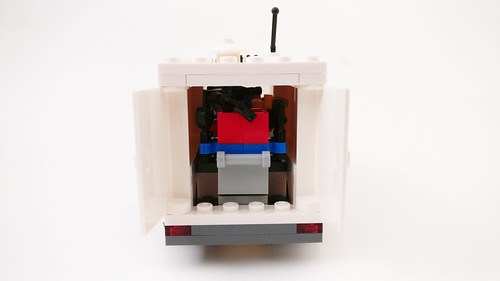 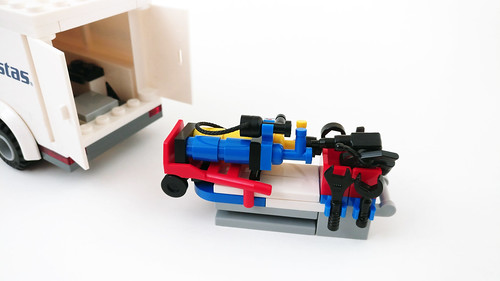 Underneath the Vestas Wind Turbine is a small red cottage. It is not a complete one as the back is open to show some of the details inside which include a stove and sink. The front of it has a patio with a table and a couple of chairs. 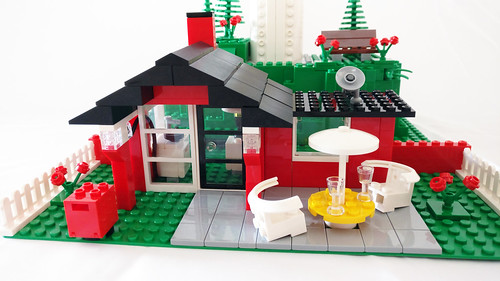 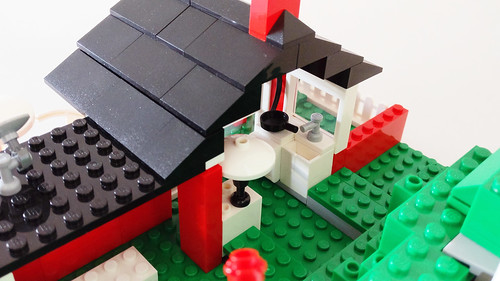 What’s cool about the cottage is that Power Functions lights that have been implemented very discreetly with the wires going under the landscape and the lights will light up the front porch area. 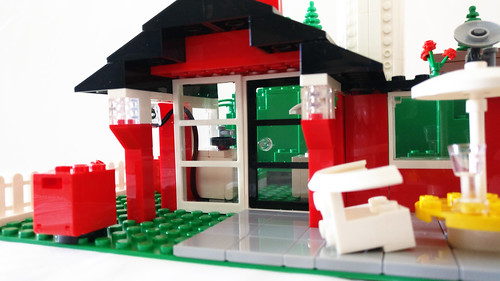 Behind the cottage is the hilly landscape made up of some green BURPs. The base of the tower is connected using some Technic pins and bricks which makes it pretty sturdy. On the top of the hills are some of the new Plants from Plants trees which we get two of. 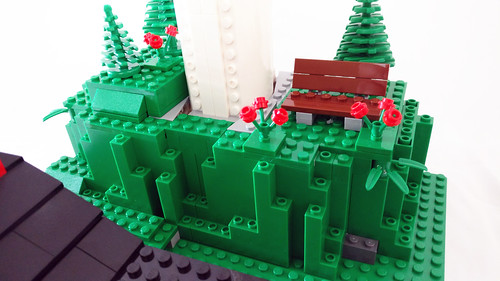 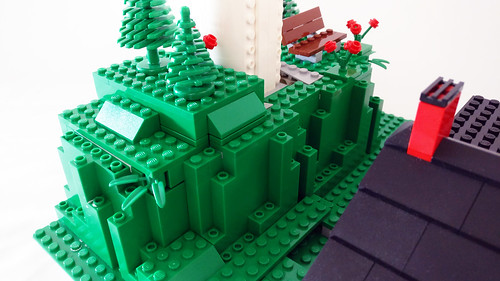 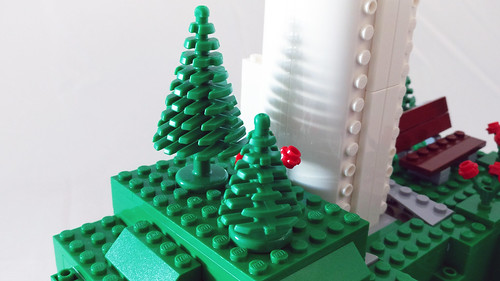 The battery box and cables are nicely tucked inside the hill and you can turn on the turbine by pushing in the yellow Technic beam on the back side of the set. 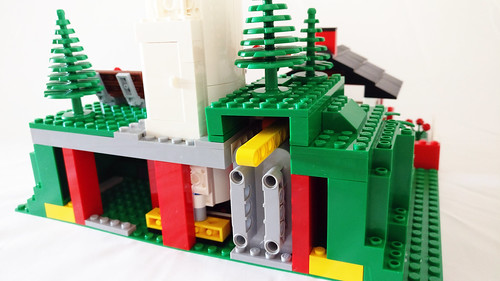 The battery box is hidden inside the hill. It’s a bit of a job routing the cables so the ‘lid’ above it can be fitted. Once it’s on, the yellow Technic beam allows the switch to be operated from the back. 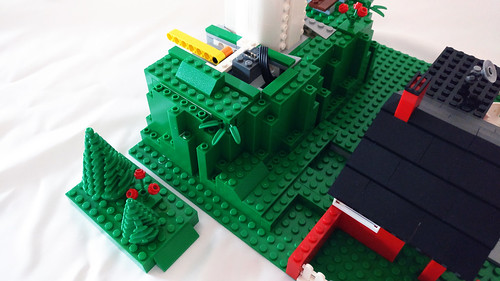 The inner workings of the turbine head uses a simple gear mechanic and the head itself sits on a turntable. There’s another Power Functions motor that powers the rotor while the cables are tucked away inside the turbine shaft. The turbine blades can either be attached straight on or at a slight angle. 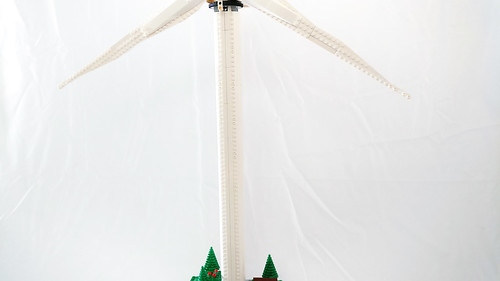 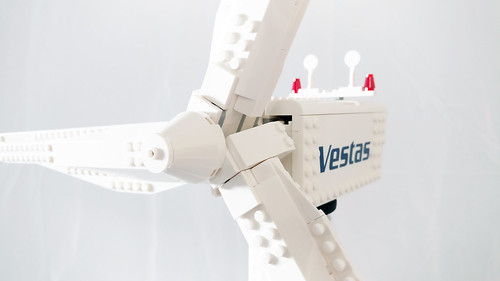 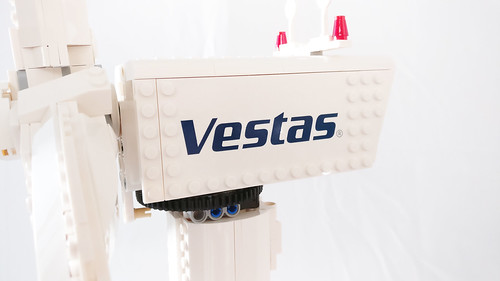 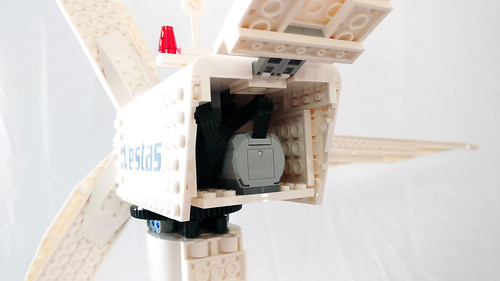 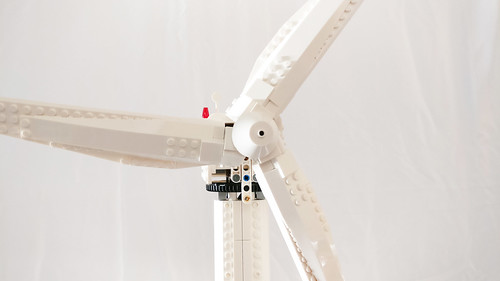 If you haven’t seen it in person yet at your local LEGO Store, the LEGO Creator Vestas Wind Turbine (10268) is absolutely massive, not much of how wide it is but how tall it is. LEGO labels this set as 39″ high which is a little over 3 feet tall and is the height of a small toddler. I don’t have a toddler on hand to compare it to so forgive me.

One thing I do like about the set is that it does include a number of Power Functions parts and is easily worth about $25 if purchased separately so it’s nice that LEGO added them in to the set. As a result, it probably also pushed the price point a little higher than what people wanted since it only has a bit over 800 pieces.

One thing I didn’t like about it is that it feels unstable. Even though the tower is connected pretty securely using Technic pins, it just feels wobbly to me, especially when I had to move it to take pictures. 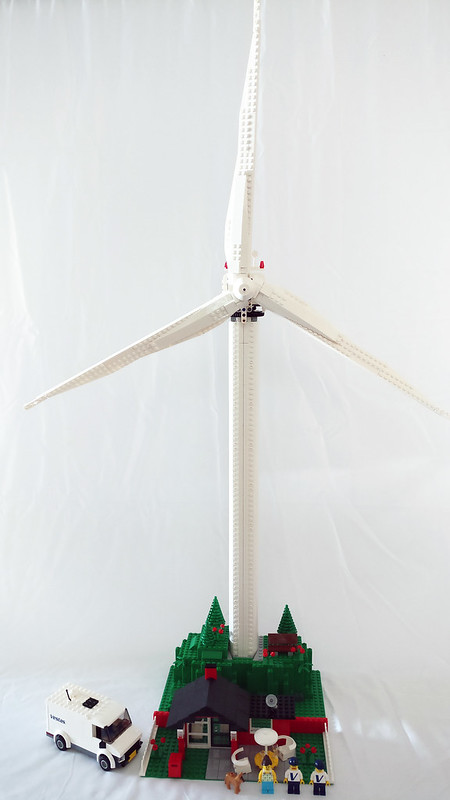