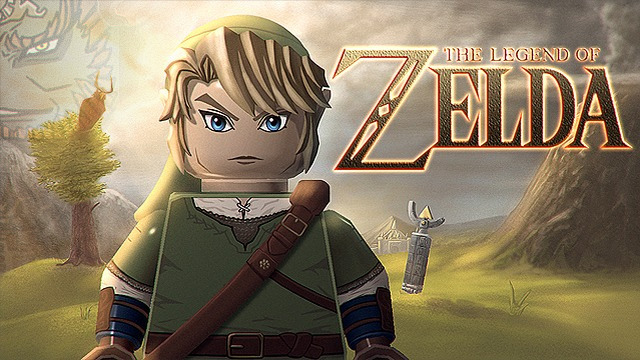 A day after the Andy the Android hit 10000 supporters on LEGO CUUSOO, the Legend of Zelda project by Ragaru follows suit. They join the exclusive club of projects that have achieved 10000 supporters and now qualify for the Spring Review by the LEGO Jury in March.

The first Legend of Zelda project by Mingles was rejected in the Summer Review due to LEGO having to make new parts. In this version, the set was created using mostly existing parts and colors. The set also will rely on printed/stickered pieces to create a close representation of the characters. We’ll see what LEGO thinks of this project later this year. Congratulations to Ragaru for hitting this great milestone!

The Land-Rover Defender 110 now becomes the highest supported project on CUUSOO. With about a month left until the March 4th deadline, it might also have a chance to reach the goal as well.

Huge congratulations to Ragaru and all of the supporters of this LEGO® CUUSOO project. Your work provides another approach to the concept of a Legend of Zelda™ LEGO set and we admire that you have not allowed the results of the previous project to discourage your efforts.

While we cannot create new specific LEGO elements within the operational framework of LEGO CUUSOO, we will consider this concept in earnest in the Spring 2013 LEGO Review period.

What happens now?
This project moves from the Idea stage to the Review stage. A “LEGO Review Board” composed of designers, product managers, and other key team members will examine the idea. We’ll build concept models and determine if the concept meets our high standards for what it takes to be a LEGO product, including playability, safety, and fit with the LEGO brand. Every LEGO product goes through a process like this and must meet the same standards.

The review is a thorough process and from its start, and can take several months. When finished, we make a “go/no go” decision to develop and sell a product based on the Legend of Zelda concept.

We will post follow-up information and our decision here.