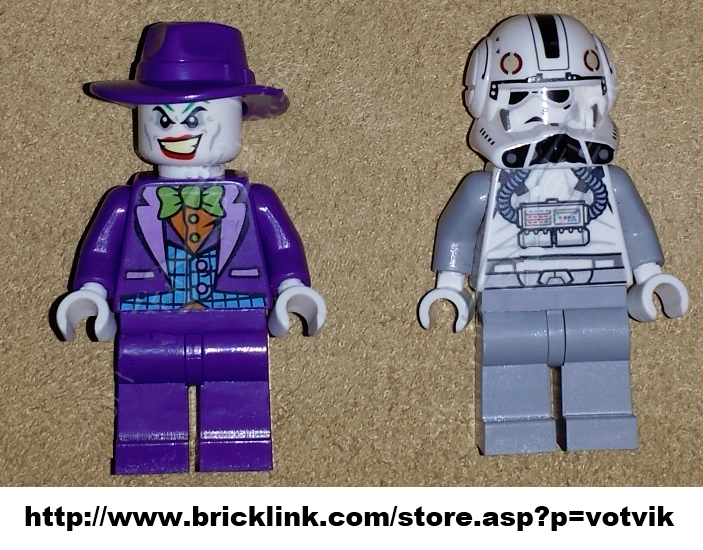 Solid Brix Studios has posted an image of a couple of the new LEGO minifigures from DC Universe Super Heroes as well as Star Wars. As you can see, he has acquired a new variant of the Joker most likely from The Joker Steam Roller (76013) set. He also has a V-Wing Starfighter Pilot from the V-Wing Starfighter (75039) set. We’re not sure how he has gotten a hold of them but you can be sure that more LEGO minifigures and set images will be popping up very soon.

Update: Doing some research, I’ve found that it was the same user on BrickLink who “leaked” the Batgirl minifigure.

Update: Looks like the “original” imaged posted by Solid Brix Studios has been taken down.