Coming off the reveals of the new LEGO Dimensions Starter Packs, there are now details of additional expansion packs to go along with it including:

The LEGO The Wizard of Oz Fun Pack will be the first official release of the theme/minifigures after the project failed pass the LEGO CUUSOO Review Stage. There will also be more expansions packs for LEGO Dimensions announced as we get closer to the September 27 launch date and more expansion packs will be available in 2016.

You can now start pre-ordering everything on Amazon. The Starter Packs 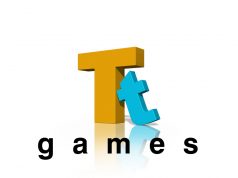