The rumors for 2014 sets keep rolling in. All About Bricks is reporting that there will be a new LEGO Disney Princess theme for 2014. Much like the LEGO Friends sets, these sets will be targeted to young girls and will include mini-dolls based on various Disney Princesses and not minifigures. Again, All About Bricks have been correct on many rumors in the past so we’ll see if this news is also true. The list below are the rumored sets: 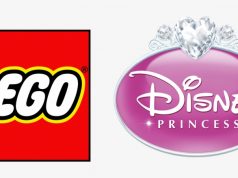