During the month of August, LEGO is having a promotion for a FREE LEGO Galaxy Squad Mini Mech polybag (30230) when you purchase $50 or more at LEGO stores and on [email protected]

. These polybags were on available for sale at select Walmart stores earlier this year but I didn’t see at my stores. The Mini Mech set contains 28 pieces. 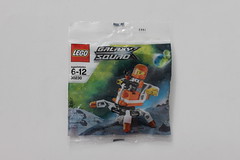 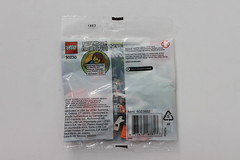 The polybag contains one minifigure, Jack Fireblade. He is from the Galaxy Squad’s Orange Squadron. He has a grey armor for the torso piece with the Squad’s insignia on the chest and belt printing. The armor continues to the back of the torso as well. The arms are orange and he has black hands. The legs are mostly orange with some grey knee pad printing on both legs. Jack has a yellow double-sided head with a smirk on one side and he is wearing a grey breathing apparatus on the other. He wears an orange helmet with a clear visor. 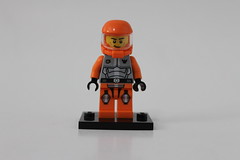 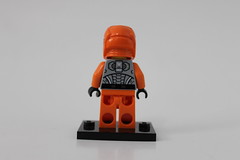 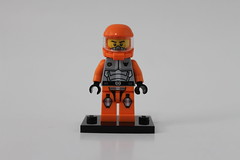 The Mini mech is a very simple build that is made from mostly white pieces with speckles of orange to match the Orange Squadron. The base of the Mech is a black ring that has a clear 2×2 circular piece on the bottom to support the four legs. There is a white seat with handlebars that Jack can use to control the Mech. Attached to the back of the seat are a couple of yellow cones that act as the weapons for the Mini Mech. 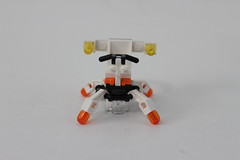 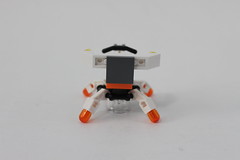 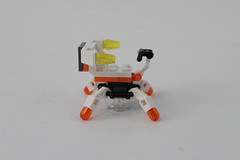 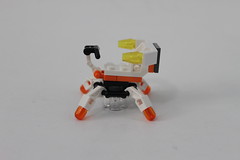 The Mini Mech is a decent polybag. It doesn’t have that much play factor so maybe you can use it to part out for parts. Again, you are still able to get it with purchases of $50 or more at LEGO stores and on [email protected] 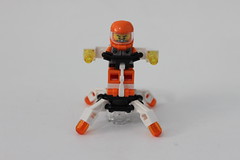 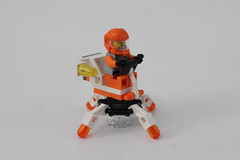