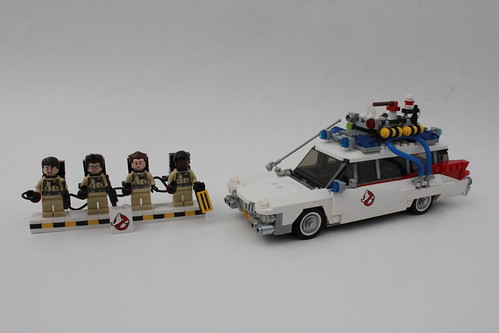 Brent Waller over on 1980s Something has done a video showing off all his LEGO builds pertaining to everything Ghostbusters and details for each of the builds. First off is his rendition of the Temple of Gozer which is the last scene of the first movie. It shows the Ghostbusters facing off against Gozer with the Terror Dogs on each side of the building. 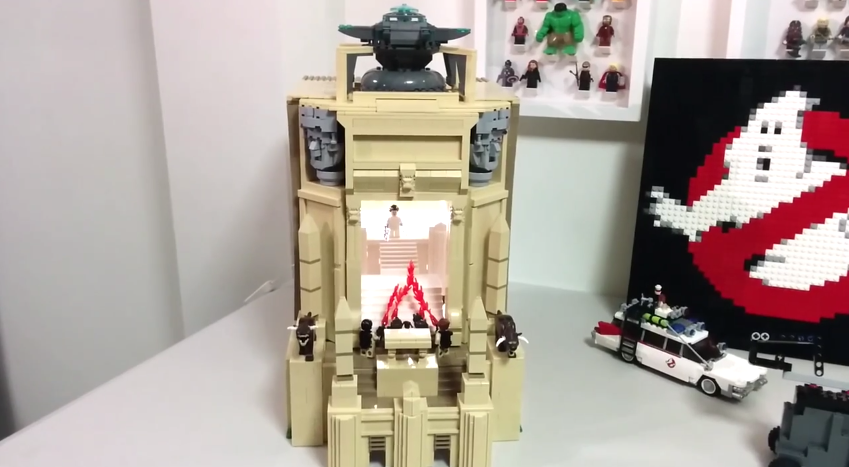 The next is a 48×48 mosaic of the No Ghost logo. Nothing too fancy but it is impressive nonetheless. 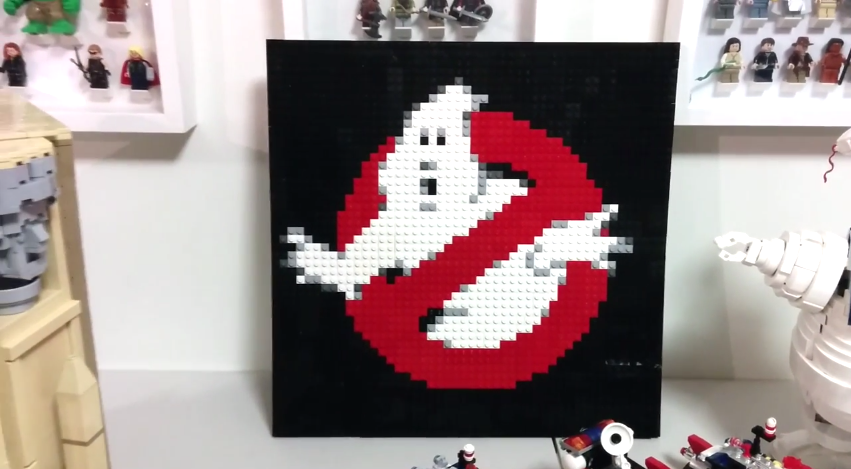 Next is the original 1959 Cadillac that was bought by Ray Stantz for $4,800 which eventually turned into the Ecto-1. It is a pretty much a color swap from the official Ecto-1 set and some minor changes to the chassis. 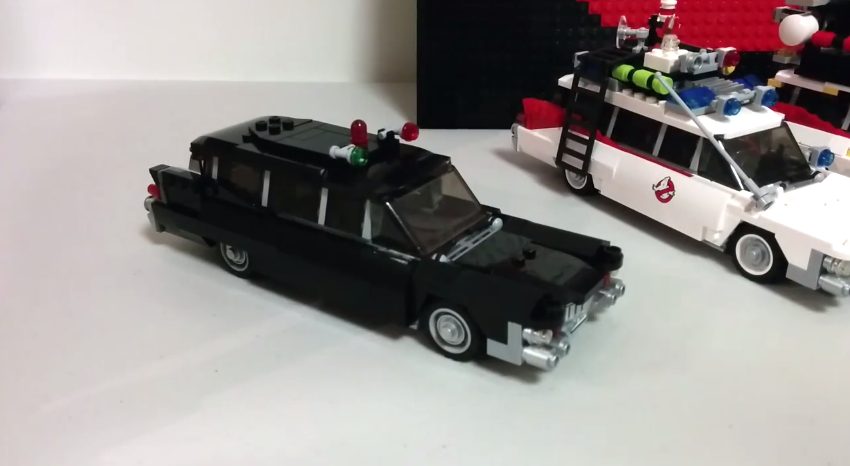 After that, Brent showed off the Ecto-1a which was the vehicle from Ghostbusters II and it was a modification of the official set with some changes on the top and the sides of the car. He has provided the LDD file for it if you want to make your own. 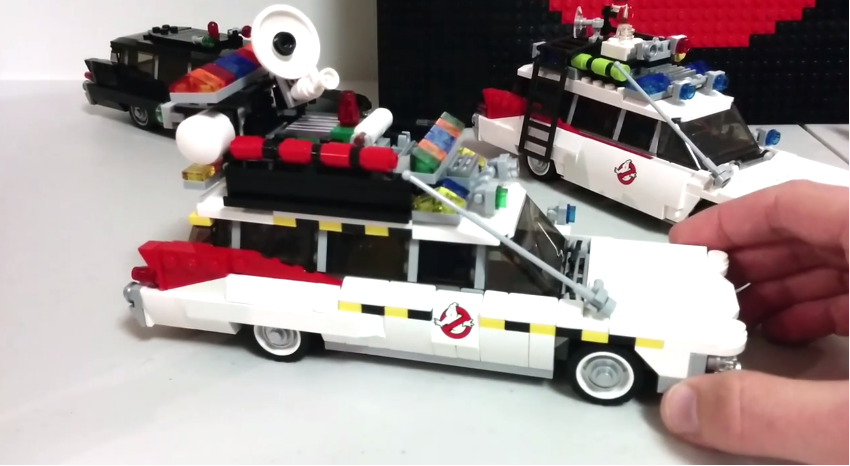 The next version of the Ecto-1 is the official one but he added model train flashing lights to it to give the car some more flair. 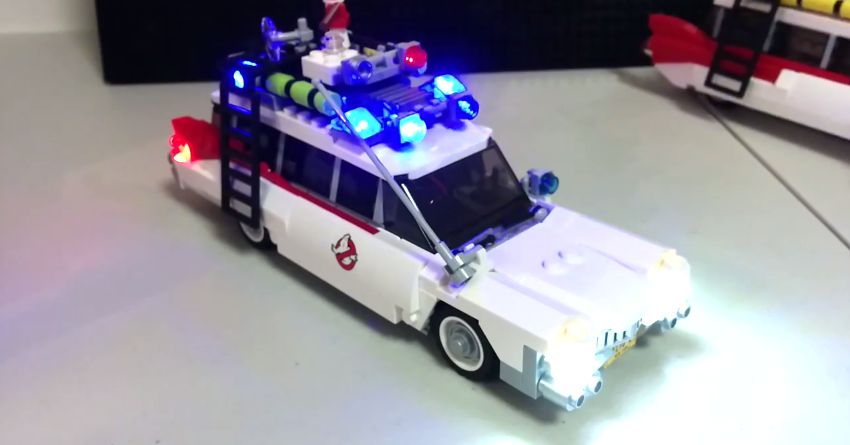 Up next is Brent’s original Ecto-1 and minifigures that he had submitted on LEGO CUUSOO/Ideas. 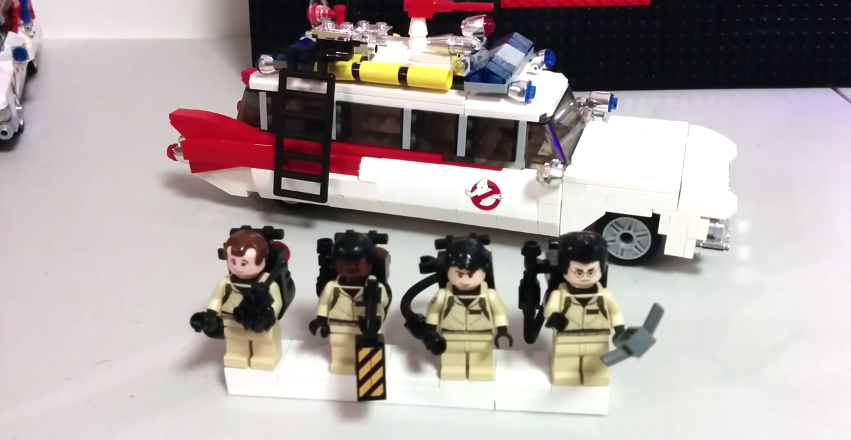 The final version of the Ecto-1 that Brent has build was the one that he created when he was 10 years old. It has the classic 80’s vehicle look that the older generation of builders remember. 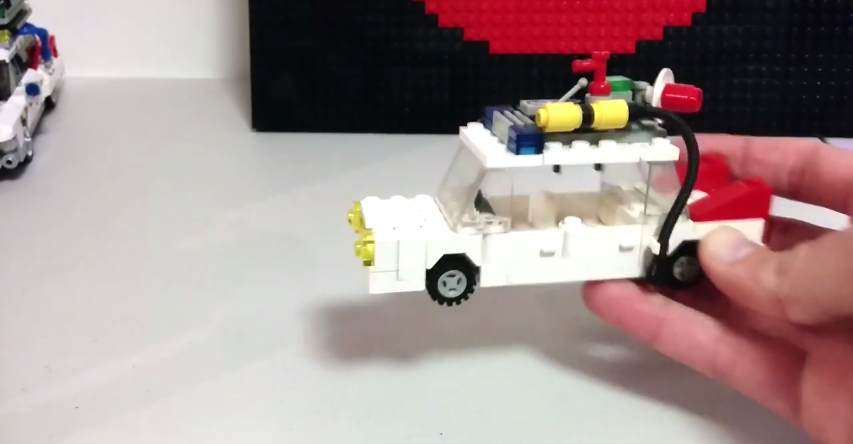 The next build that Brent shows off is his Stay Puft Marshmallow man which you can support right now on LEGO Ideas. As you can see from the size of the minifigure standing in front of its leg, it pretty big but according to Brent, it is only half the size what it should be. He goes on showing off the details of Mr. Stay Puft including the articulated features such as the head, arms, fingers, legs, and feet. He also showed off some different attempts of making the torso of Mr. Stay Puft. After that, Brent shows the minifigures that he has included on the LEGO Ideas project of Dana Barrett/Zuul/Gatekeeper, Louis Tully/Vinz Clortho/Keymaster, and Walter Peck. 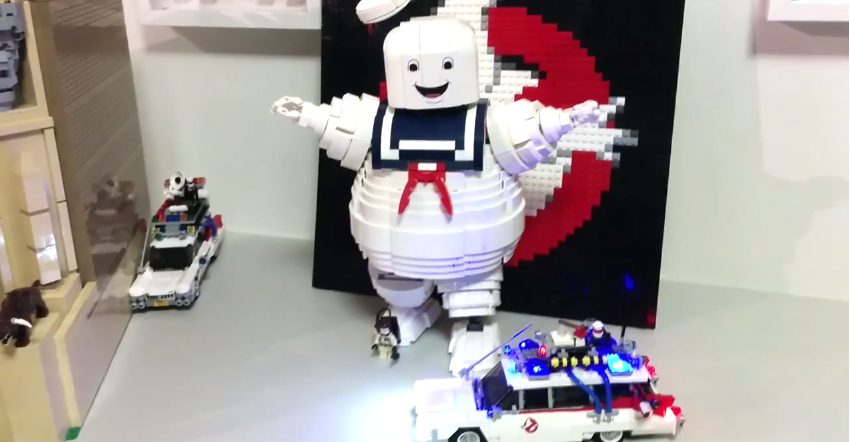 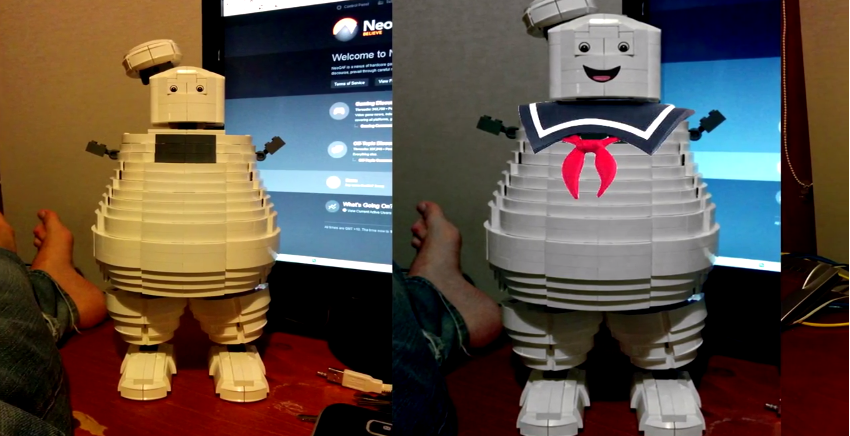 Following that, he shows off the custom arms with the No Ghost patch from NACM Customs which we gave fans a heads up on before the set Ecto-1 was released. Also on the minifigures are some custom accessories from BrickForge which include various equipment the Ghostbusters use. 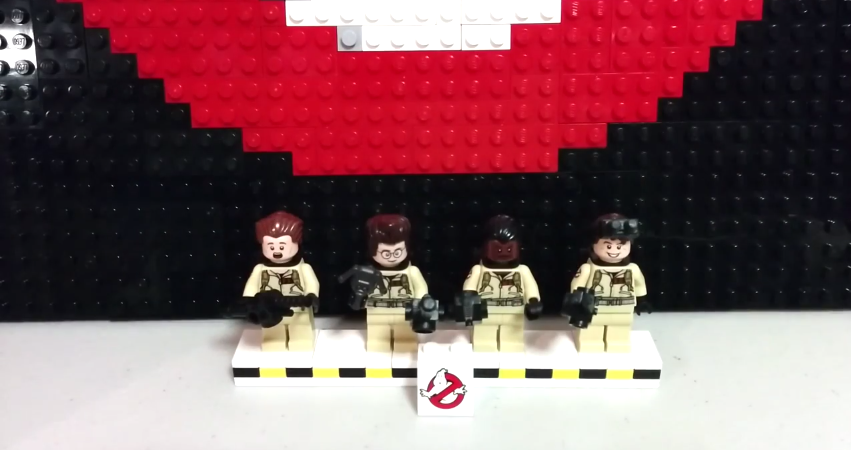 Finally, Brent gives us a closer look of his version of the Firehouse Headquarters. He has kindly provided fans with the LDD instuctions on how to build it over on Eurobricks. He also mentions other variations of the firehouse such as Orion Pax’s version on LEGO Ideas and Sergio Herencias’ version as well. 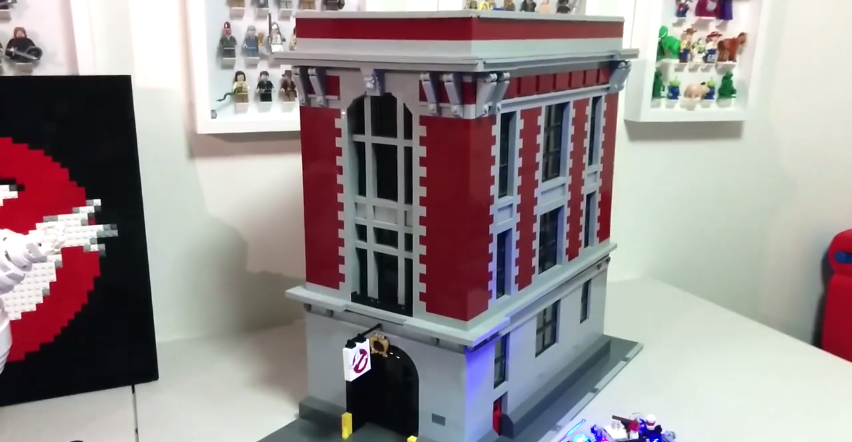 I thoroughly enjoyed the video and seeing all the MOCs that Brent has created and it shows how much of a Ghostbusters fan as well as a LEGO fan he is. If you have some time, I highly recommend watching it below and hopefully it will give you some ideas on how to create your own Ghostbusters MOCs.