One of the most well recognized vehicles in the Harry Potter universe comes from Harry Potter and the Prisoner of Azkaban. It is the purple triple-decker bus known as the Knight Bus. It comes with 281 pieces and is recommended for ages 7-12. Retail price on this is set is $34.99 at the LEGO Store

. Nothing too spectacular with the box, the front showing off an action scene and the back showing all the things included in this set. There is also an shot of how the the levels of the bus can be taken off. More on that a little later. 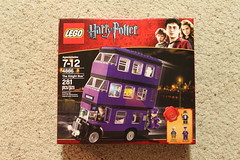 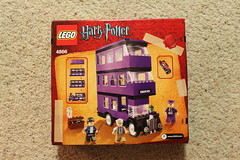 ). In addition, Dre Head also gets an update. In the older version, the shrunken head is painted on the windshield. Whereas now, it gets it’s own piece. A nice little detail there by LEGO. 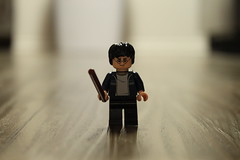 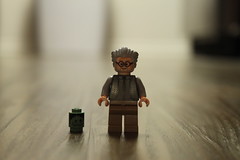 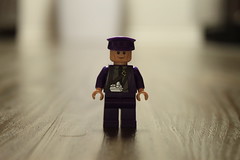 The first level of the Knight Bus consists the one seat driver area and a sliding bed in the back. On the second level, we get one seat and a luggage area in the back. The third level also has one seat, luggage area, and a swinging chandelier. You’ll also notice that the floors from the middle and top levels are missing. That is for the chandelier on the top floor to freely swing back and forth. As a result, we only have one sliding bed instead of three like the 2004 original. 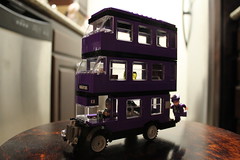 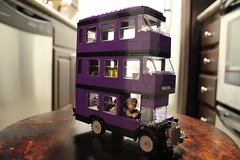 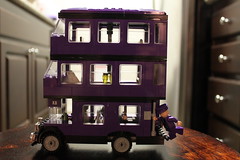 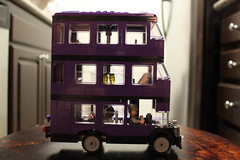 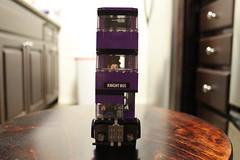 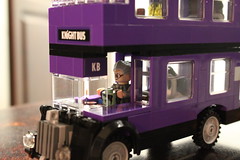 Minor accessories included in the Knight Bus set is a white owl, presumably to be Hedwig and a luggage chest containing two socks. Two blue socks.

One thing I didn’t like in particular with this set is the stickers. As you know from one of my earlier reviews, I hate stickers. There are two you have to put on and the coloring on them doesn’t match the brick color. They are a little darker but isn’t that noticeable unless you look at it up close.

In conclusion, the Knight Bus is a pretty neat little set. It didn’t take long at all to put together and kids won’t probably have any trouble assembling it. I would recommend picking it up if you are a Harry Potter fan.