LEGO The Hobbit: The Desolation of Smaug Set Details

As we all know by now, there will be a second wave of the LEGO The Hobbit sets based on the second part of the three-part film series, The Desolation of Smaug. There are four sets to this wave, one of which was revealed during Day 3 of the 2013 San Diego Comic Con. Over on Eurobricks, some of the details for the sets have emerged. The details aren’t much but at least we know a little bit more about the sets. He also notes that the sets will be in stores this December.

Lake Town Chase (79013) – Seen before but there is are images of the set including the box as well as the minifigures included: Bard, Bilbo Baggins, Thorin Oakenshield, Laketown Guard, Master of Lake-town (see below) – ~$56.99 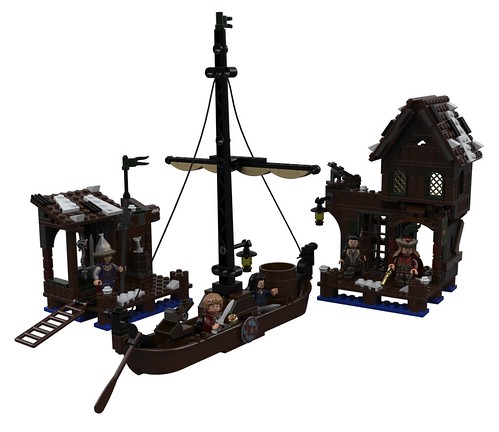