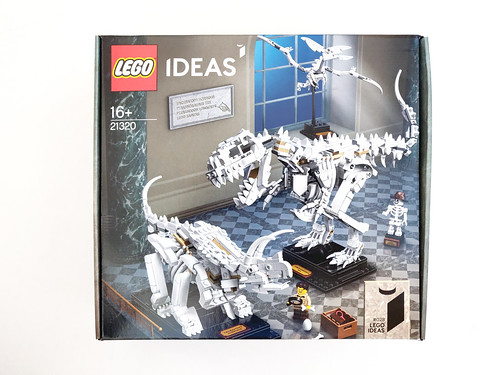 Earlier today, LEGO announced the LEGO Ideas Dinosaur Fossils (21320) and here’s a review of the set that we’ve had the pleasure of building early. The set contains 910 pieces and retails for only $59.99 which is a good price for it. The contents of the box include six numbered bags, three instruction booklets for each of the dinosaurs, and a small sticker sheet. 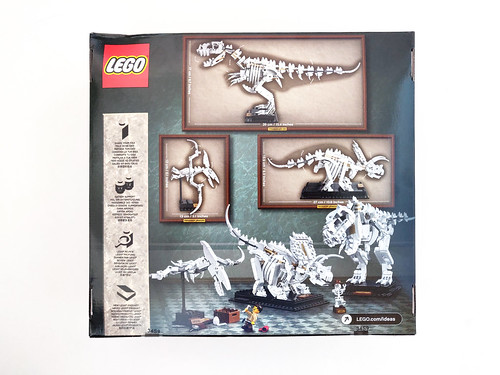 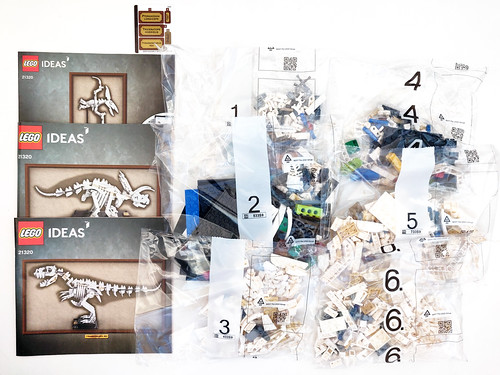 The first few pages for the Triceratops booklet has some details about the set as well as interviews with the fan designer Jonathan Brunn and LEGO designer Niels Milan Pedersen. LEGO also gives some interesting facts and details about each of the dinosaurs that are included in this set. 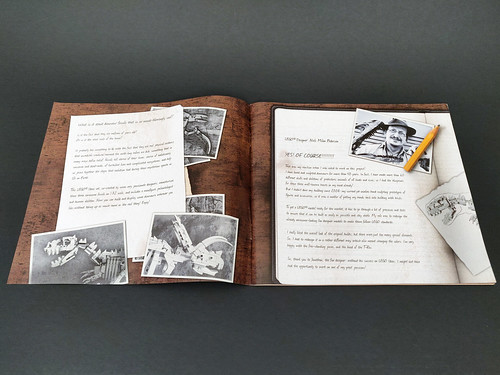 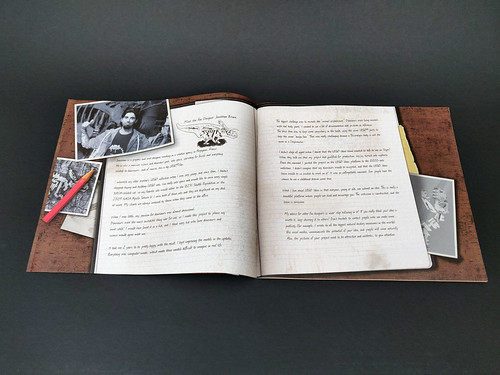 There are two minifigures in this set, the paleontologist and the sapiens skeleton which LEGO calls LEGO Sapiens. The paleontologist wears a tan outfit with some dual molded legs for his boots. His face shows him with a mustache and a smile. His accessories include a bone and a working magnifying glass. There’s also a crate full of stuff like a book, dinosaur egg, cup, pen, hammer, and chisel. 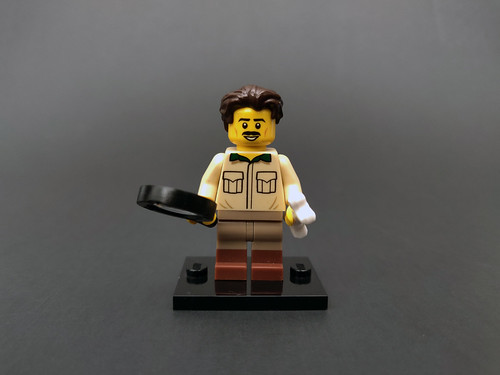 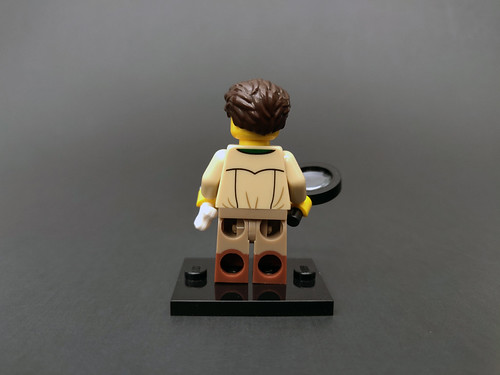 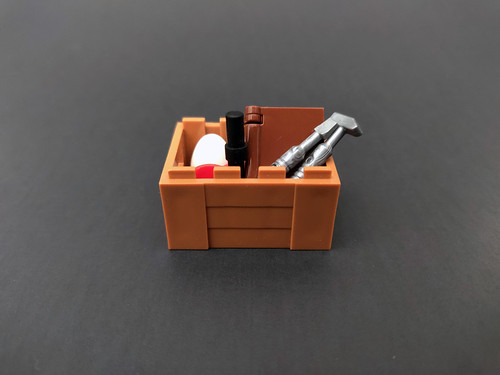 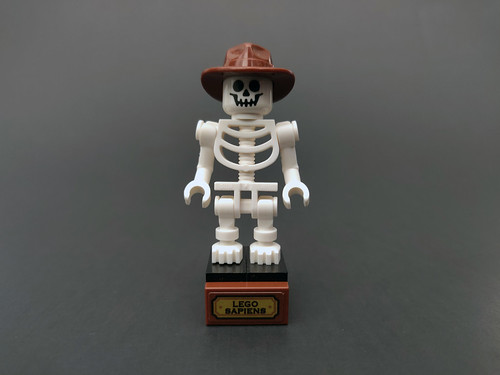 There are three builds for this set which are the fossils for the three dinosaurs, Pteranodon Longiceps, Triceratops Horridus, and Tyrannosaurus Rex. The Pteranodon is the smallest build of the three. The body frame is made up of a Plate 1X2 W.Ø3.2 Shaft 22.5 D. and a few Plate 1X1 Round W/ 3.2. The legs clip on to the 1×2 plate while the ribs go on the 1×1 round plates. The wings use a number of hinges and Technic connectors to get them into the recognizable shape. The front of the base has a sticker for the Pteranodon Longiceps. 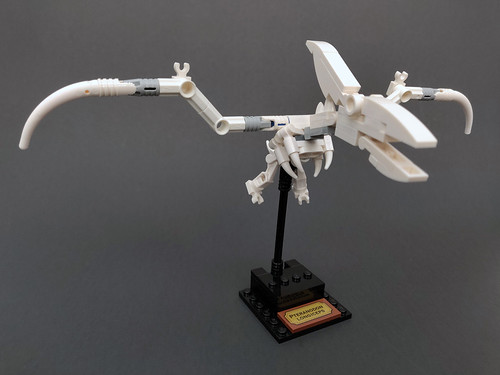 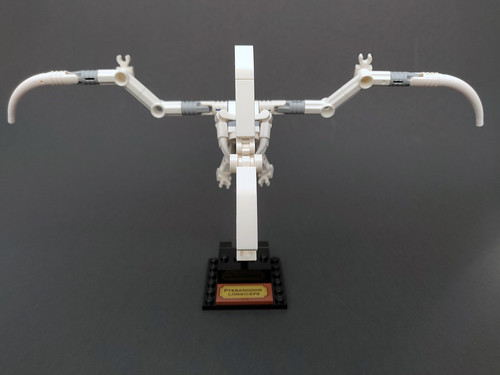 Next up is the Triceratops and you actually start by building the legs. You can really tell as you only have some angled Technic liftarms. One thing to note is that the feet do not connect to the legs. 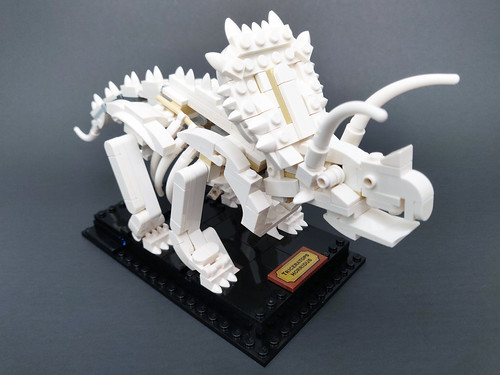 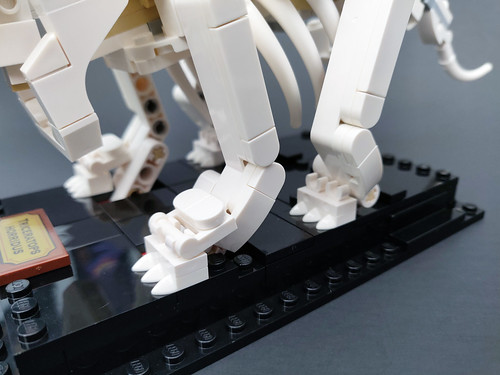 Next up is the body of the Triceratops and the ribs connect to the bars on the tan hitch piece as well as some teeth plates for the bones on the spine. Note that the hitch piece in tan hasn’t been used since 2005 so it’s nice to see it make a return. The tail also has some teeth pieces on top of the ball joint plates. 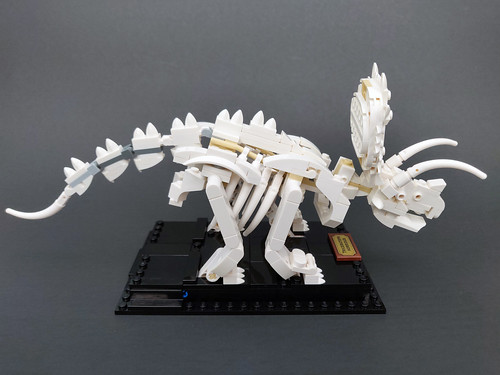 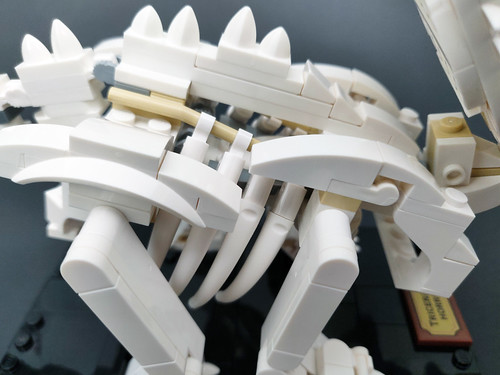 On the back of the frill, there are some 1×1 teeth plates to show it with some spikes on the top. Lastly there are some tail pieces that are used for its horns. The front of the base has a sticker for Triceratops Horridus. 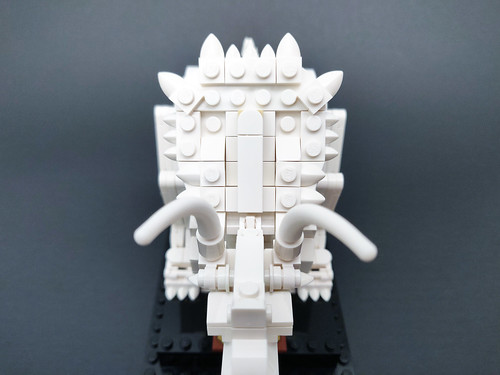 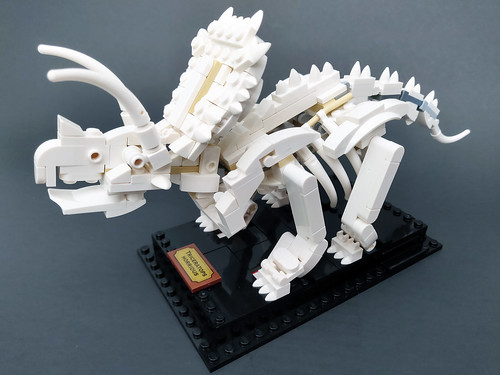 Lastly we have the Tyrannosaurus Rex which is the largest dinosaur of the set. Like with the Triceratops, we start the build with the legs using the Technic liftarms. Also like the Triceratops, the feet don’t actually connect to the bottom of the legs but press up against them for an illusion that they are connected. 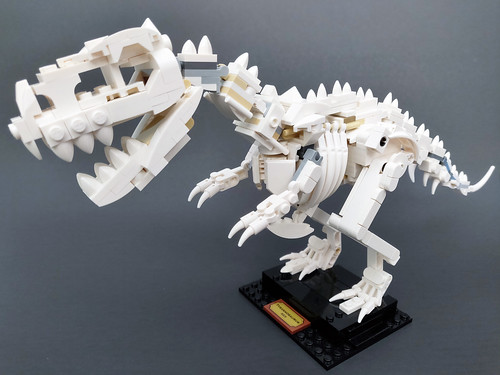 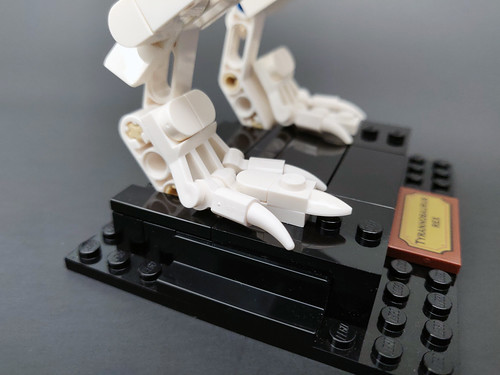 The body also uses the tan hitch piece for the ribs in the middle. The arms are on ball joints to give it some articulation. For the tail, the sections uses both click hinges as well as ball joints towards the end. Again, there are teeth plates going from the neck to the tail. Niels even put in pubis and ischium bones for more accuracy. 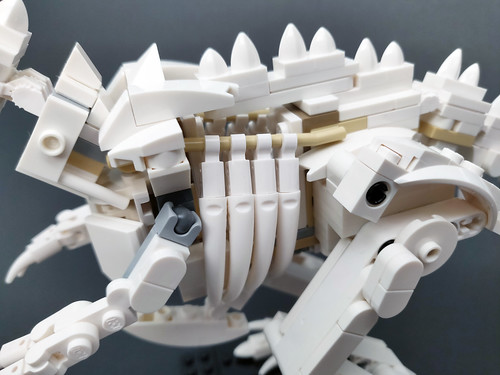 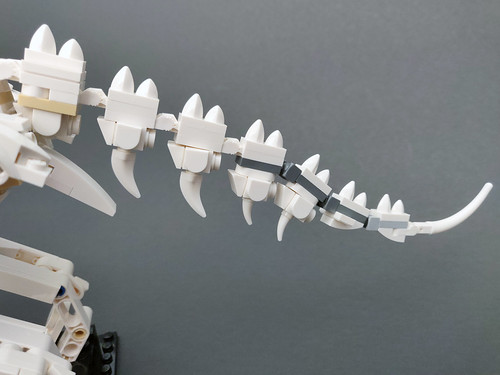 The head has a great shape to it and it connects to neck with a ball joint which connects to a hinge. You’ll probably have to move the hinge all the way up to keep the head from drooping down. The lower jaw connects to the top using a couple of skeleton arms. I do like how Niels designed the empty areas in the skull where the eyes should be. Again, there is a sticker plaque for the Tyrannosaurus. 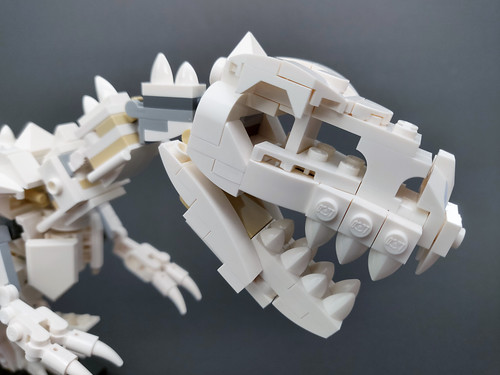 Overall even if kids haven’t seen the original project, they will enjoy this build as there are some very recognizable dinosaurs being displayed. For us collectors and adult builders, there are things that have changed that makes us wonder why it happened. The original project had five dinosaurs including the Brachiosaurus, Dilophosaurus, Plesiosaurus, Stegosaurus, and Triceratops and four of them were omitted and replaced with two different ones. Niels did note in the instructions that he did like the original builds but there were too many special elements so he had to redesign it in a different way.

As for the set itself, I do like the overall look of them. My favorite is probably the Triceratops but I don’t like that the feet don’t actually connect to the legs. All three are at a 1:32 scale so it’s accurate and cool to have it displayed on a desk or shelf. I’m now wondering if LEGO will do any expansion packs to this set to include the other dinosaurs. 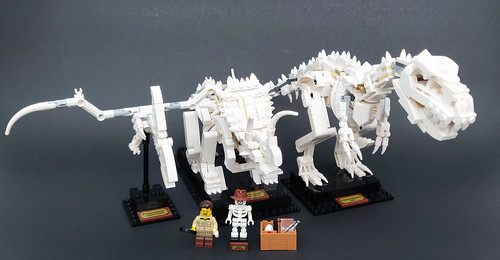