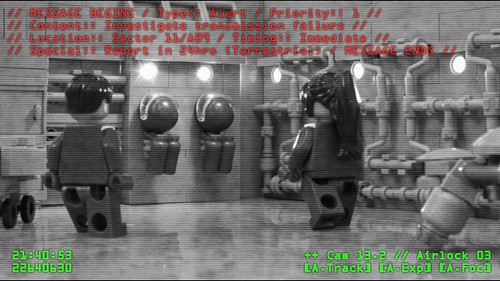 It looks like Peter Reid and LEGO has started their countdown to officially revealing the new LEGO Ideas Exo Suit (21109). Peter has released an image showing a message that says “Report in 24hrs” (as of yesterday). Even the LEGO Ideas Facebook Page has posted the image so it’s imminent that something is coming in the very near future. Hopefully, it a awesome marketing strategy with small reveals everyday until it is fully revealed at the end.

Later this month, Peter will be at the launch event at the Bluewater LEGO Store in the UK. There’s no word on whether the Exo Suit will be available for purchase at the event.