There have been a lot of very cool LEGO CUUSOO/Ideas

sets that have been available the last few years. One thing that the new Exo Suit (21109)

does not have in common with all the other sets is that it is an original idea and not based on an intellectual property. The newest LEGO Ideas set is the brainchild of Peter Reid and has been highly anticipated since it hit 10,000 supporters last year on LEGO CUUSOO.

When it became available a few days ago, I made sure that I was at my local LEGO Store early to be sure that I would be guaranteed to get one. The set has 321 pieces and retails for $34.99 for a $0.11/piece ratio. The box contains four small unnumbered bags, a loose flex hose and 8×8 grid plate, and the instruction booklet. 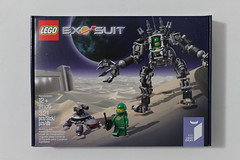 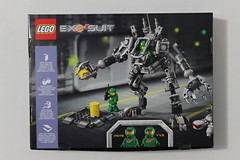 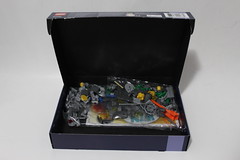 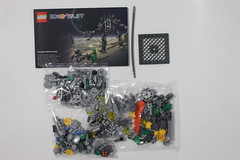 While the design phase was happening for the set, Peter assembled a team of AFOLs to discuss how the Exo Suit would be packaged and marketed. What they and LEGO came up with for the box is a work of art in itself. When you look at it, you get somewhat of a nostalgic feel of the Classic Space box art. At the bottom right corner, you are reminded that the Exo Suit is set #007 in the CUUSOO/Ideas line. The back of the box shows an action shot of the Exo Suit with the yellow barrels.

set. Like with the other LEGO CUUSOO/Ideas, you get a short narrative about LEGO Space and what inspired Peter Reid to create the Exo Suit. You also get an in-depth story on the Exo Suit itself called “The Exo Suit Adventure.” Those pages are also in French and Spanish.

Like the instructions in the Ecto-1 set, the book is bound with glue. However, there is a lot more glue in this book and the pages seemed to hold up a bit better while building the set and there is no worry of the pages falling out.

Throughout the book while you’re building, there are also some information about the different parts of the Exo Suit. It’s nice to know what I’m building on it like the Quantum Processing Unit and the Power Center Shielding. 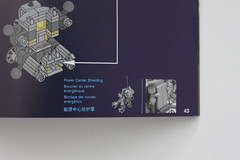 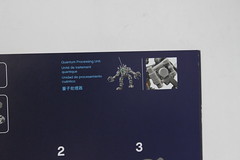 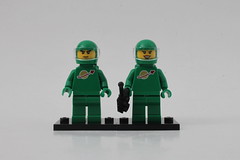 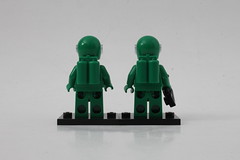 The first part of the build is the robot turtle. If you’re familiar with Peter’s builds, you know that he is famous for the turtles and are a staple in his MOCs. It’s a nice little addition to the set and it’s easy enough to create that you can build your own army of robot turtles if you have the pieces. 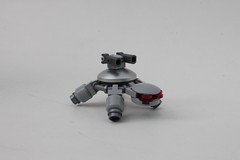 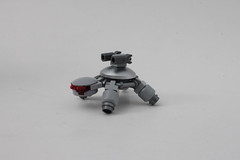 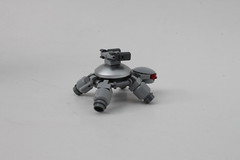 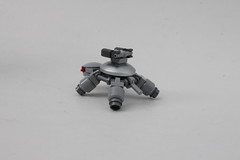 Another thing that is included is the small platform with the yellow barrels. It’s a neat touch that gives some scenery for the Exo Suit. 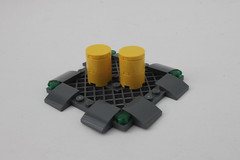 The rest of the remaining pieces are for the Exo Suit itself and there’s a lot of them. Who would’ve thought that all those little pieces would turn into something cool like the Exo Suit. A majority of the pieces used are actually greeble pieces to give the Exo Suit a lot more detail. 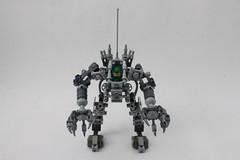 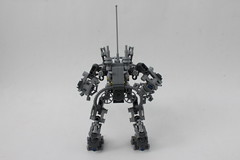 Although there are a lot of small pieces, there is a solid foundation that the Exo Suit is built on. It is very lightweight but strong enough for it to stand by itself. There are a number of points of articulation using many ball joints to give the set a high level of poseability. In the upper torso, the shoulder can swivel, the elbows can bend to a certain degree, the hands can spin, and the fingers and open and close. On the leg joints, the thighs have a wide array of motion, the knees can bend, the ankles can swivel, and the feet can spin. I do appreciate that the legs have somewhat of a chicken walker design. 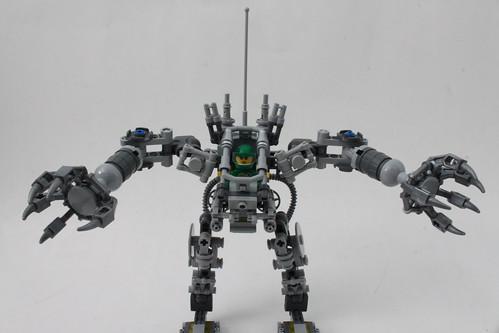 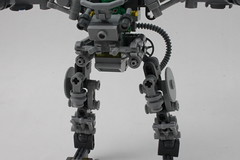 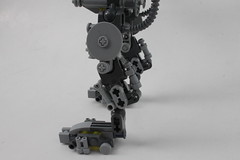 The cockpit fits one minifigure and there is enough room in the seat to fit the air tank as well. The minifigure stands in the suit since there’s no actual seat for it to actually be in a seating position. There is a roll cage that folds back to securely fit the minifigure in position even more. 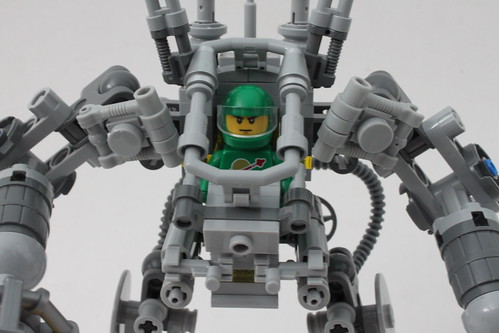 Heading down the arms, there have been many concerns about the type of parts used to create the arms. When we teased an image of it last month, people saw the different colored barrel used to create part of the arm and some flat out didn’t like it. Mark Stafford explained that to change it from the original design so it could be stable enough to pass as a LEGO model. The barrel was a pretty ingenious way to hide some of the connecting parts. Plus, other things took priority instead of producing a new barrel in grey. It was either that or using Galaxy Squad minifigures instead of the green spaceman ones that we have now and I’m glad that LEGO went with the latter. 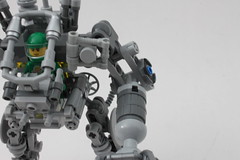 One downside that I have with the Exo Suit is the fragileness of it. When you’re posing the mech, sometimes the greeble parts would fall off on accident especially binocular pieces on the foot. Also when you rotate the arms, you have to re-position the the greeble in the shoulder area which can be of some annoyance. Other than that, the Exo Suit is pretty solid I don’t really have much issues with it. 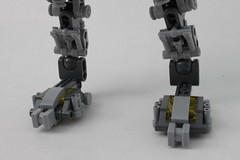 The Exo Suit is pretty much what I expected it to be and more! If you’re a fan of LEGO Space or mech builds, there’s no reason why you shouldn’t pick up this set. I missed out on the older Space sets as well as the Exo-Force sets so the Exo Suit makes a great addition to my collection. Since the set isn’t based on any IP, it makes it even cooler. 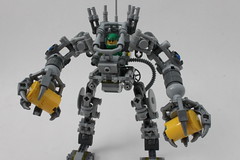 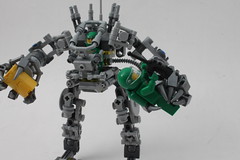 Everything that is included in the set has great value especially the green spaceman minifigures. There are wide variety of sci-fi looking pieces when you pour everything out of the bags and it makes you wonder if you can actually build something from it and that makes it a very fun build. 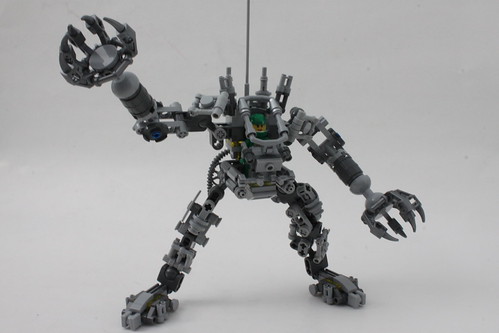 although it is on backorder at the moment. There are also reports that it is available at Target and Toys R Us but YMMV on that. It has been hinted by LEGO Designer Mark Stafford that the Exo Suit will have a single production run and once it’s gone, it’s gone much like the Mars Curiosity Rover (21104). I highly suggest if you are able to get it, pick it up then or risk not being able to get it in the future at retail prices. Also if love the Exo Suit, Peter’s book LEGO Space: Building the Future

is a perfect complement to the set. I’ve recently done a review on the book and you can read that here. 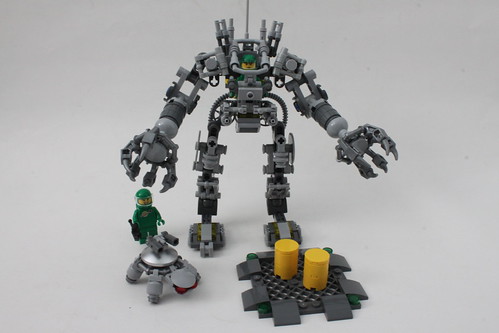