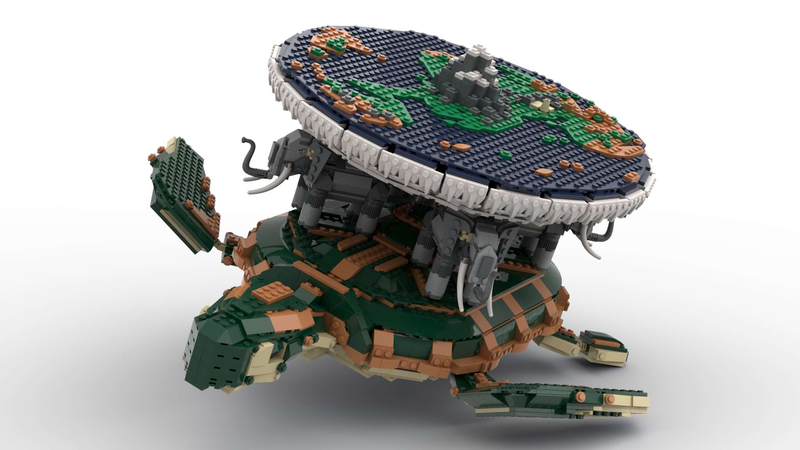 Terry Pratchett’s Discworld by BrickHammer is the latest project to achieve 10,000 supporters on LEGO Ideas. The set is based on comic fantasy series that is set on a flat planet balanced on backs of four elephants which stand on the back of a giant turtle. The build itself contains about 2,650 pieces. 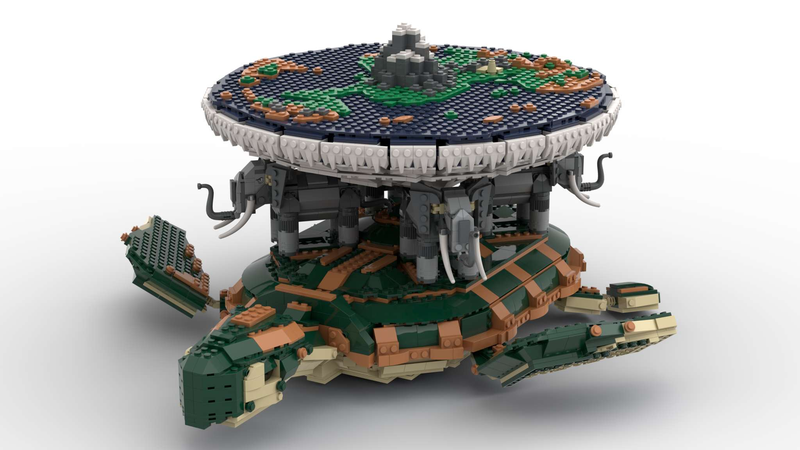 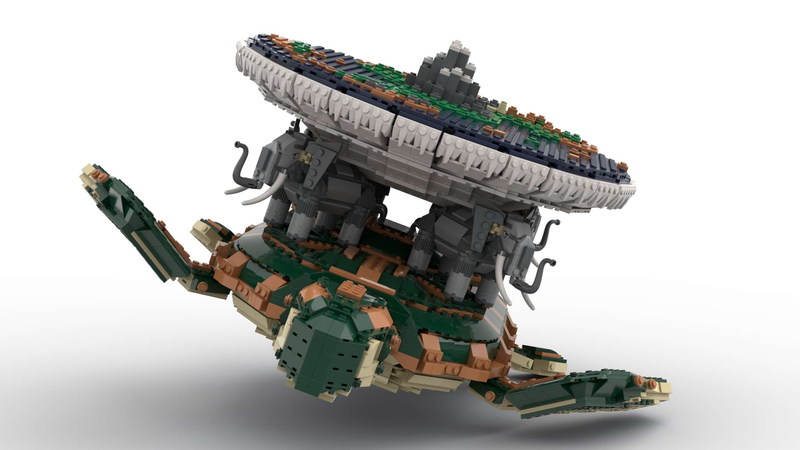