video game directly for certain systems using their store apps. For PlayStation 3 or the PS4, you can get some characters including Eric and Paul Kirby from Jurassic Park III as well as a vehicle with the Animal Control Vehicle.

For Xbox 360 and Xbox One, there’s a Jurassic Park Trilogy Pack #2 which includes characters like Lex and Tim Murphy and the cruise ship from The Lost World. It’s interesting since there hasn’t been any word on Trilogy Pack #1 yet.

The LEGO Jurassic World video game will be available for all major gaming systems on June 12 which is the same date that the movie will be released in theaters. 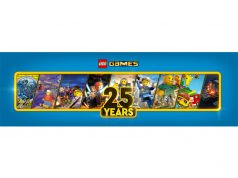