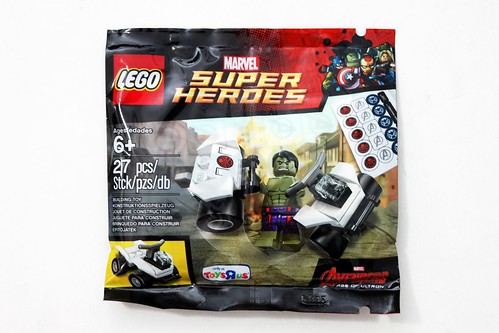 As I mentioned yesterday, the new LEGO Marvel Super Heroes Avengers Hulk (5003048) polybag promotion is now available at Toys R Us stores. You can get it free with purchases of $30 or more on LEGO sets minus LEGO Dimensions or if you’re lucky, you can get it individually for $4.99 each. It contains 27 pieces and it’s similar to the Rocket Raccoon (5002145) from last year. 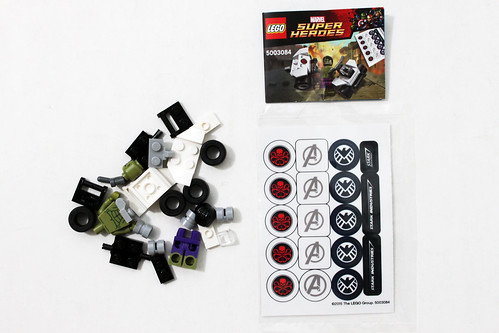 The minifigure is based off the Age of Ultron bigfig version of the Hulk from the The Hulk Buster Smash (76031). He does have the same olive green colored skin with purple pants which are dual-molded and goes around the back of the legs. The Hulk also has a double-sided head with angry expressions on both but one has an open mouth. The hair is your simple black one but it could’ve used the spikier one from like the Sleepyhead to match up with the bigfig. Also to note that this is only the second minifigure version of the Hulk with the other being a [email protected] promo back in 2012. 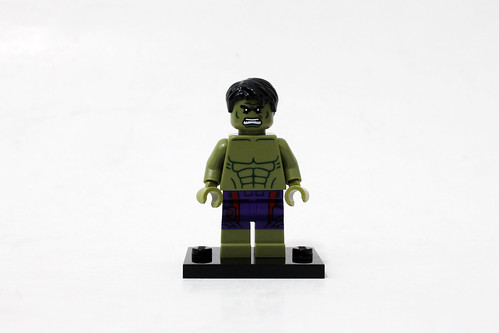 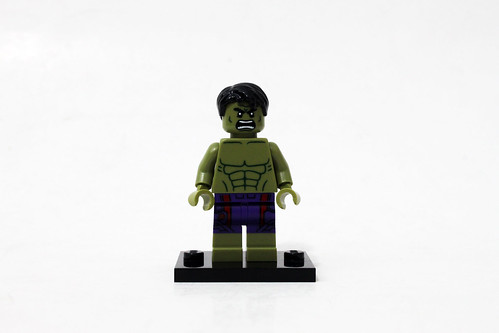 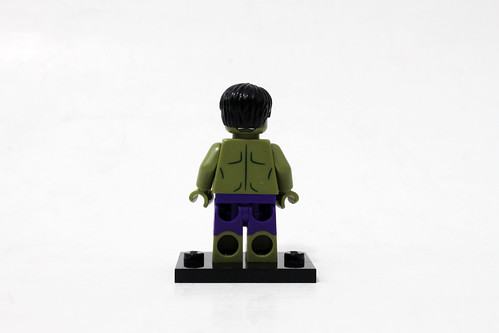 The other part of the polybag is the small version of the Hydra off-roader from the Hydra Showdown (76030). The main play feature is the hinged part in the middle of the vehicle which allows you to take it apart as if Hulk was breaking it. The handles on each end lets Hulk hold it. 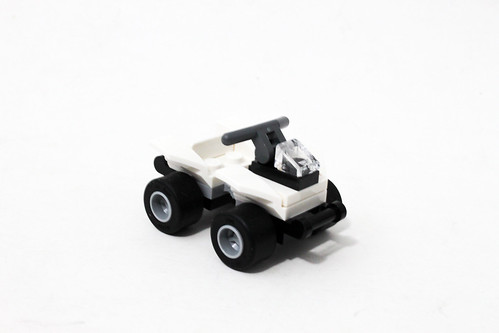 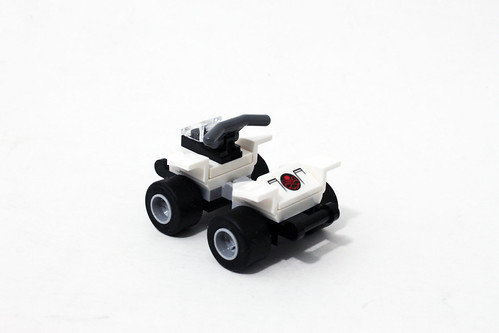 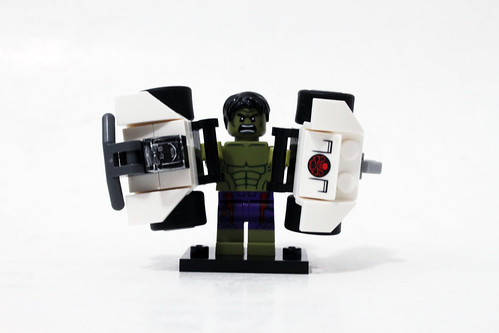 Like with Rocket Raccooon, the Hulk polybag also has stickers you can add to the Age of Ultron sets. The sticker sheet is pretty large and there are many useful ones you can use. 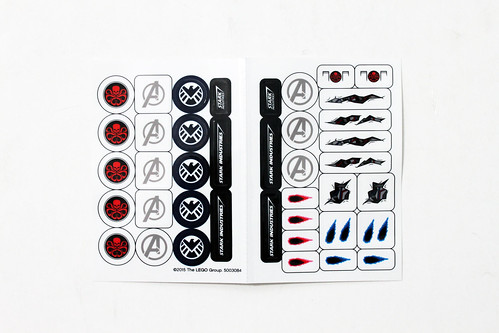 Overall, the LEGO Marvel Super Heroes Avengers Hulk (5003048) is a fantastic polybag that includes an exclusive minifigure that you won’t find anywhere else. The little build and sticker sheet are nice additions but a majority of the people are probably getting it for the Hulk.

Again, the Toys R Us promotion lasts until Saturday, December 12 in which the polybags will be put on the sales floor for regular purchase. 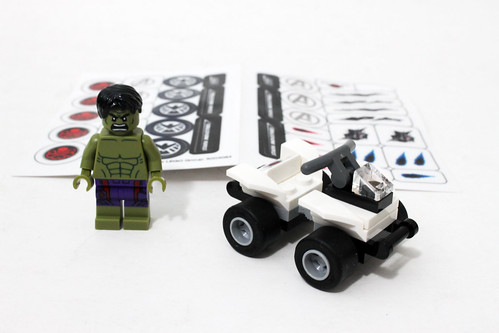