Continuing with the LEGO Marvel Super Heroes series and the Avengers theme, this time we get Loki’s Cosmic Cube Escape (6867). This set contains 181 pieces and retails for $19.99 for a $0.11/piece ratio. Similar to the other Super Heroes set, this one is minifigure dependent. The set has two unnumbered, one instruction booklet, and comic #2. 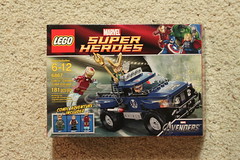 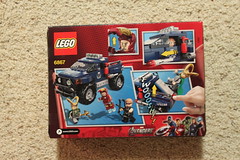 In Loki’s Cosmic Cube Escape, we get three minifigures: Iron Man, Hawkeye, and of course, Loki. Iron Man is in his Mark VI suit. The front of his helmet flips up to reveal the face of Tony Stark. Tony has a double-sided face, one is a stern-looking face and the other is an angry one. He also has some clear light blue studs and round bricks to resemble his thruster flames.

Hawkeye is dressed in black with gray and red accents. It is similar to the one he will be wearing in the Avengers movie. He has slicked back brown hair and comes with a double-sided face. One side is him wearing his goggles and the other is an angry face. His accessory is a bow and arrow but I’m surprised he didn’t come with a quiver instead of having it printed on the back torso.

Loki’s attire looks awesome. He is wearing a gray suit with gold accents and green cape. There is no back printing on this minifig. His face is the same as Lex Luthor’s. He has a gold helmet which is very bendy and a gold staff. Loki’s other accessory is a clear brick to represent the Cosmic Cube. 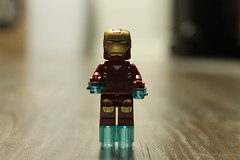 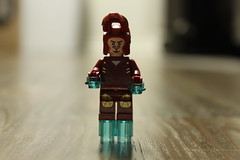 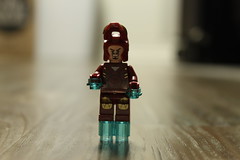 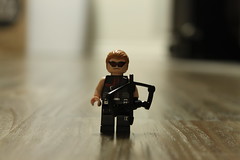 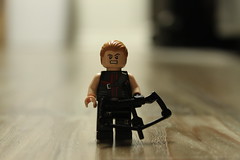 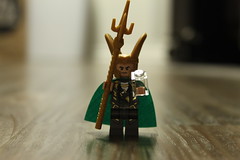 The S.H.I.E.L.D. truck is a very simple build but it’s a very decent one. The wheels are pretty big and spin excellent. There are missiles on each side of the truck that can rotate up and down ever so slightly. If you shoot them straight forward, they’ll probably hit the front part of the truck. If you angle them up and if you are able to flick them, they go pretty far. The only that bugged me about the truck was the stickers but they are necessary since it looks very plain without them. The gimmick of the S.H.I.E.L.D. truck is that you stand Loki on the back and flip him off with the lever. Not a great feature since it looks like Hawkeye is Loki’s driver. 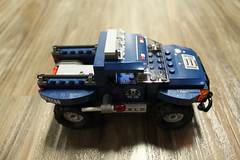 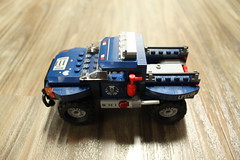 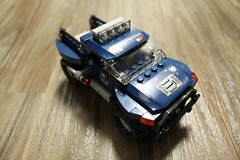 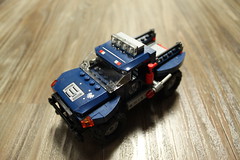 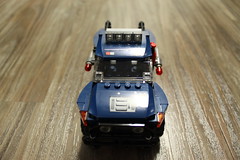 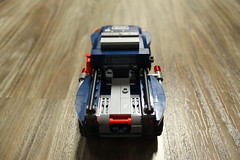 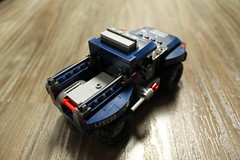 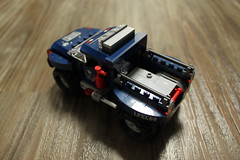 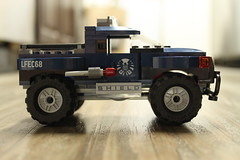 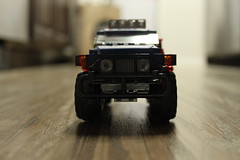 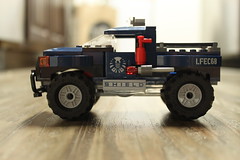 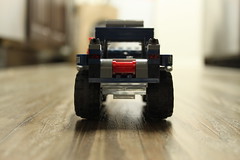 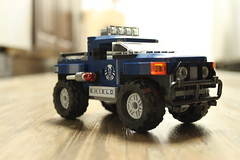 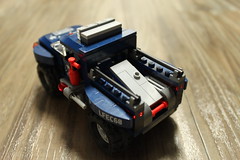 Loki’s Cosmic Cube Escape is a really good set at a decent price. Right now, the all three minifigs bought individually sell for about the price of the set itself on Bricklink with Iron Man being the most expensive. The truck is also pretty cool as well. The only con are all the stickers you have to put on. Overall, this is a definite set to pick up. 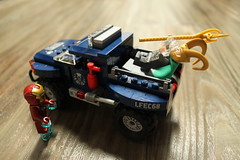