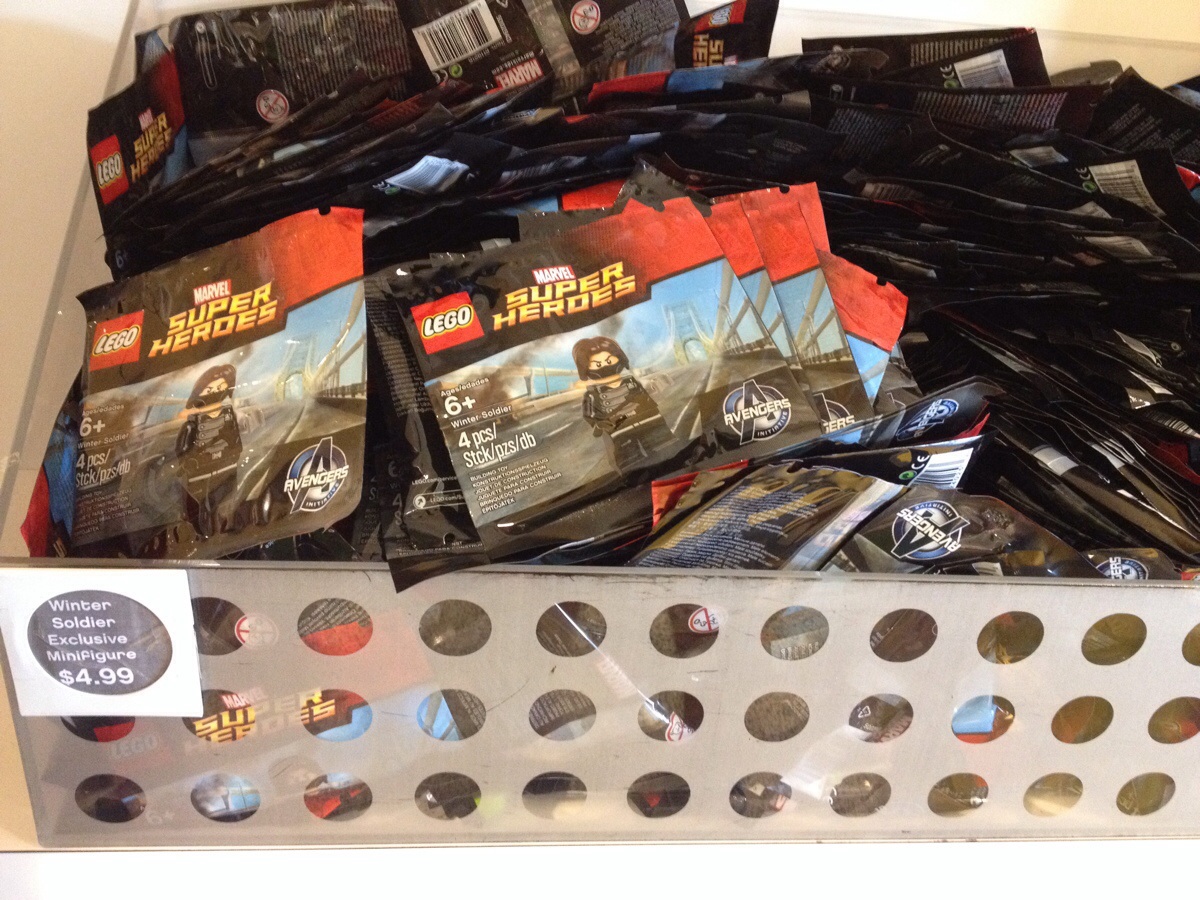 If you’re going to Disney World Florida, you may want to check out the LEGO Store in Downtown Disney. The reason is because they are selling the exclusive LEGO Marvel Super Heroes Winter Soldier (5002943) for $4.99 each. If you remember, this minifigure polybag was available in June with purchases of $75 or more but it seems that the Orlando location has a large abundance of them. There’s no word on whether the Anaheim location has the same deal or not. If someone can confirm that in the comments, that would be great.

Update: It has been confirmed that the polybag is NOT available at Disneyland Anaheim.