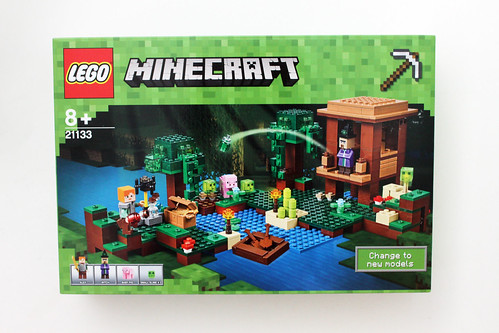 The next LEGO Minecraft set I’ll be reviewing from the 2017 wave is The Witch Hut (21133). The set has 502 pieces and retails for $59.99. The contents of the box includes four numbered bags, one unnumbered bag of plates, and two instruction booklets. 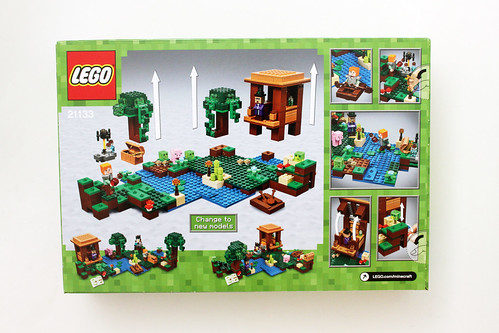 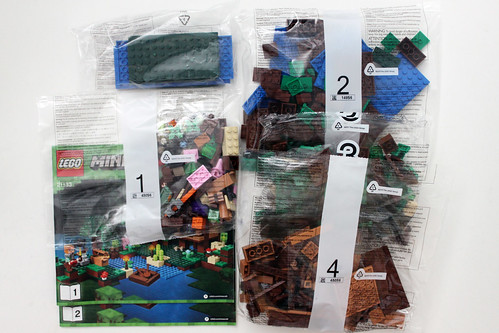 There are only two minifigures in this set. Alex is in her usual olive green torso with brown pants. She wears an iron armor piece and her accessories are a couple of shovels. 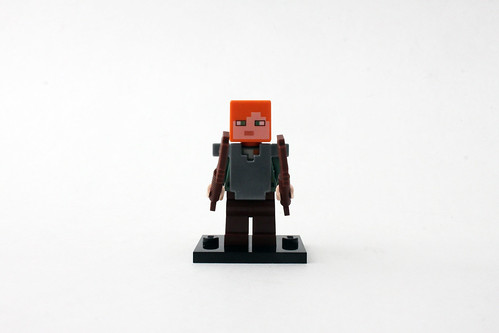 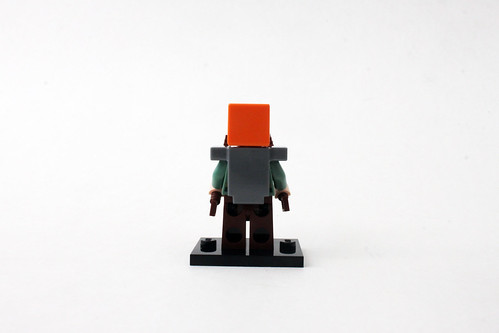 The other minifigure in the set is the Witch. She has a purple torso with some green going vertically down the middle. The legs are of the short brown variety. The head and hat are actually one molded piece. 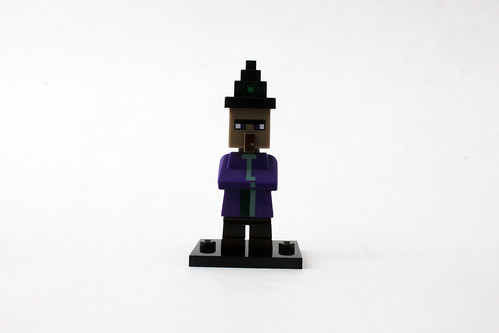 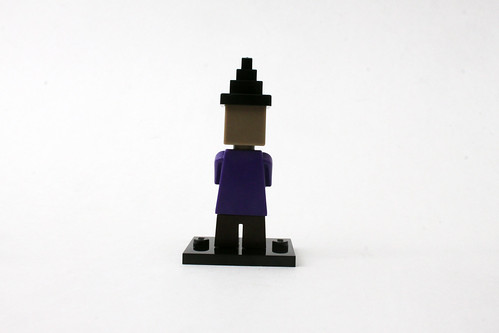 Like with previous LEGO Minecraft sets, the build is separated into the numbered bags. The first bag is used to build some of the accessories that will be used later on. These items include mushrooms, flowers, torches, potions, a cauldron, crafting table, and a boat, just to name a few. 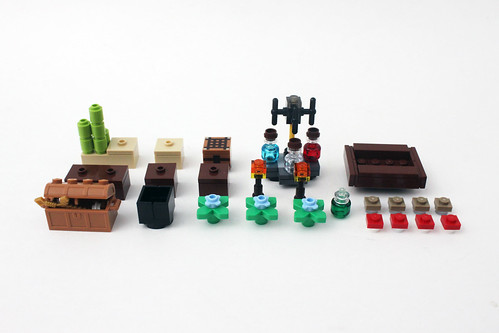 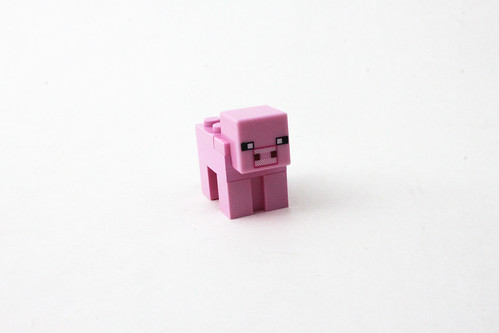 The second bag uses all of the plates from the unnumbered bag which are for the land and water. There’s not much going on here but there are some lily pads which are made from some 1/4 circle tiles and some new 1×1 1/2 circle green tiles that are currently exclusive to this set. There are also a number of 2×2 jumper plates placed throughout the land areas. 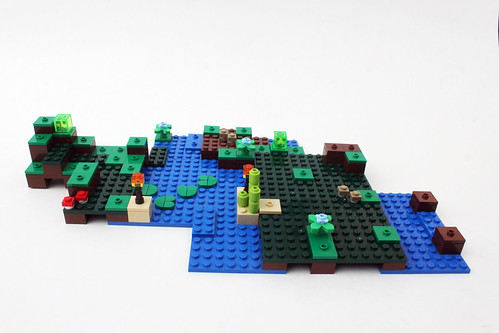 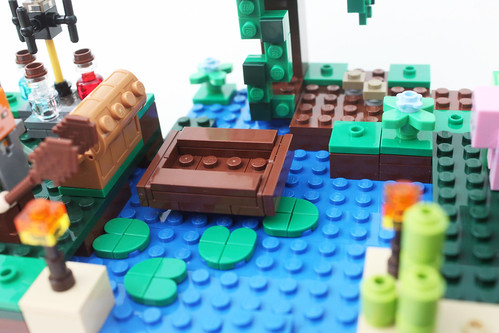 The first part of the third bag is used to build the two large trees. The build is simple and there are vines created from 1x2x2 corner plates that hang off the hinges. I also do like the trans-green bricks used for contrast from the dark green bricks. The other part of the build for this bag is the jumping slime function using a simple turning mechanic using Technic pins. 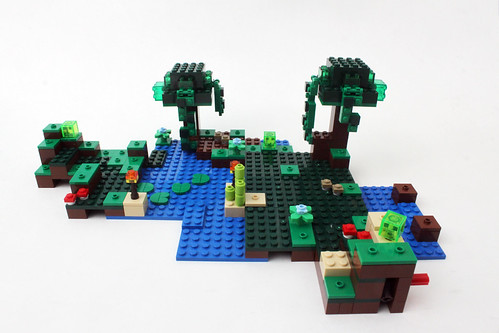 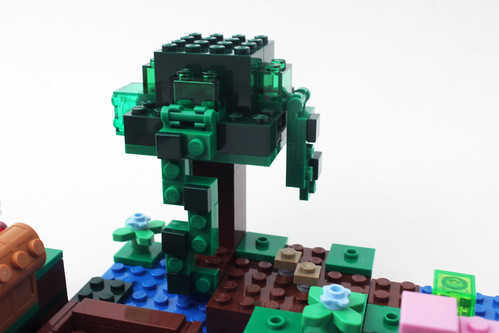 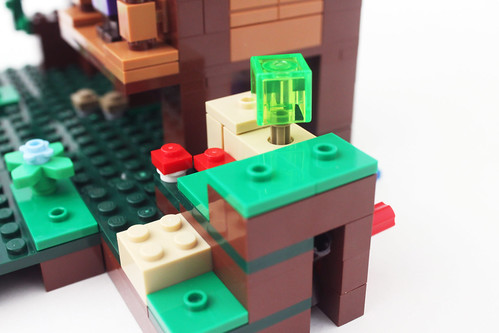 For the last bag, we build the witch’s hut and there’s nothing too complicated about it. It sits on top of four pillars with jumper plate usage on all sides. Inside the hut, the cauldron and the crafting table sits in the middle while there’s a potion on the side. The top of the hut is connected using hinges so it can open up with ease. 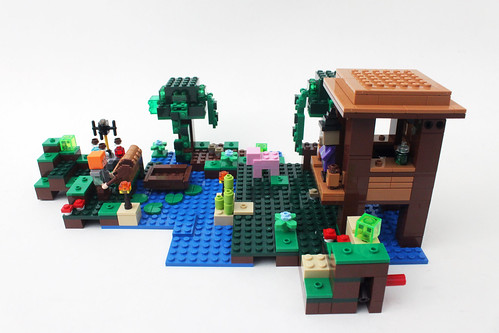 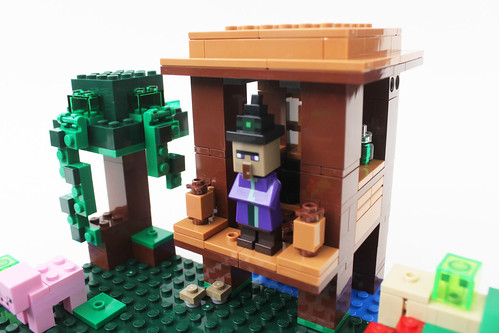 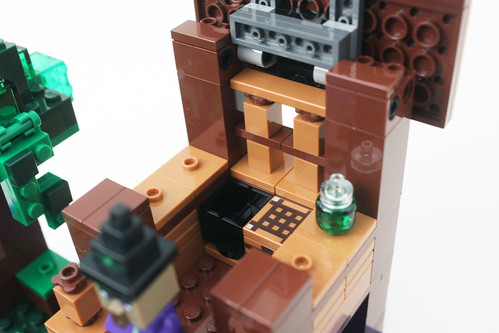 On the opposite end of the hut, we have rest of the accessories to add on to the area. 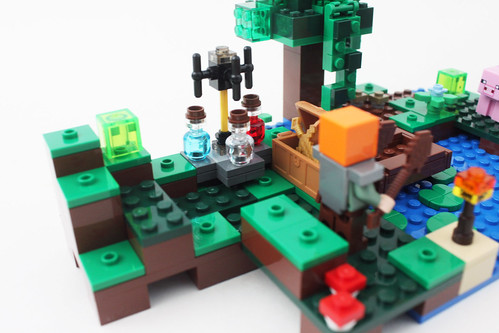 I think the LEGO Minecraft The Witch Hut (21133) is somewhat of a mediocre set. I feel that most of the build was centered towards the layout like the ground and water and not the witch hut which could be more elaborated more upon. The play features are lackluster but there are a lot of nice pieces that are in the set. I would recommend this set only if it is on sale. 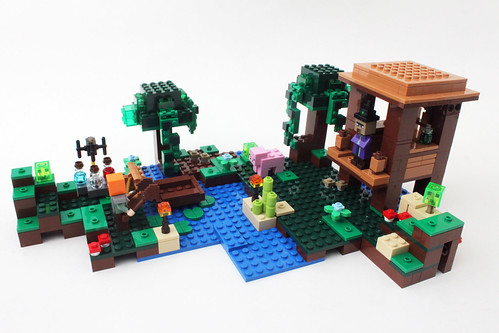