LEGO has officially reveal their big announcement at New York Comic Con 2015 which is their new IP, LEGO Nexo Knights. There will be 14 sets in the lineup that will go on sale in January as well as a TV series starting in December. The sets will range from $9.99 to $99.99 and will also have a LEGO NEXO KNIGHTS: MERLOK 2.0 companion app to go along with it.

Leg Godt has images of the two sets while TV Insider has images of some of the minifigures including Jestro, Clay, Macy, Axl, Lance, Aaron, and a Claybot. The first set seen below is Jestro’s Evil Mobile (70316) and it contains 658 pieces while retailing for $59.99. The other set is called Fortrex (70317) and that has 1140 pieces and retails for $99.99.

You can also check out the official press release and trailer for LEGO Nexo Knights below. Stay tuned as we’ll probably have more updates for the theme as NYCC rolls on.

Story
Set in the futuristic, high-tech world of the Kingdom of Knighton, LEGO NEXO KNIGHTS follows five young knights in their quest to battle Jestro, his sidekick, the Book of Monsters, and their Lava Monster Army. Heroic knight, Clay Moorington, leads the band of knights, including alpha superstar Lance Richmond, hipster Aaron Fox, Macy Halbert, a princess who would rather be a knight, and Axl, the giant. Together, under the tutelage of Knights’ Academy mentor and Great Digital Wizard, Merlok 2.0, they join forces to defeat the enemy.

Building Sets and Consumer Products
Fourteen richly detailed building sets will be available in January 2016, ranging in price from $9.99 to $99.99. Additional building sets will launch in August 2016. The first two sets are being revealed at New York Comic Con.

Consumer products partners across key categories are also engaged in creating a merchandise program dedicated to LEGO NEXO KNIGHTS, such as publishing and soft goods.

LEGO NEXO KNIGHTS: MERLOK 2.0 App
To extend the story and increase playing fun, more than 150 unique LEGO NEXO KNIGHTS powers – represented as shields – have been scattered across the kingdom of Knighton. The powers can be found in building sets, online, in print and directly in the television content. Existing in both physical and digital form, children can discover, scan and collect varied powers using the LEGO NEXO KNIGHTS: MERLOK 2.0 app. Once added to a digital power collection, children can creatively and continuously find new ways to join the knights to defeat the enemy, in their gaming experience.

Television Series
LEGO NEXO KNIGHTS, a 20-episode, animated adventure comedy series, will debut on select global broadcast television networks as soon as late December 2015 and air throughout 2016. The core means by which children follow the story and get to know the characters, the series follows the constant adventures of LEGO NEXO KNIGHTS heroes and villains. Children will also be able to scan new LEGO NEXO KNIGHTS powers directly from their content viewing screen into their app games, further connecting their play experience.

Update: My good friend Ryan is at NYCC and has taken some pics of the two sets that are displayed there on the show floor. 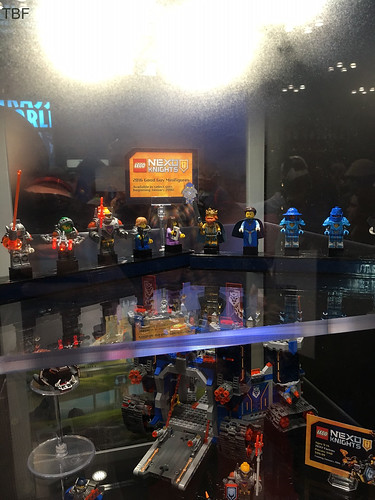 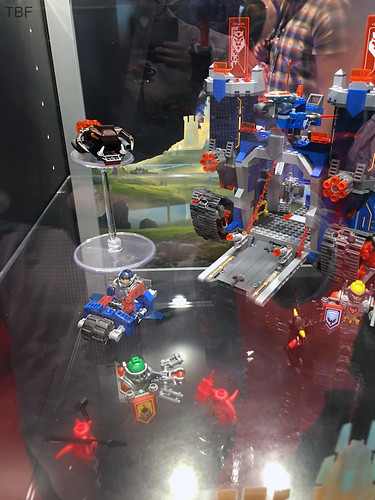 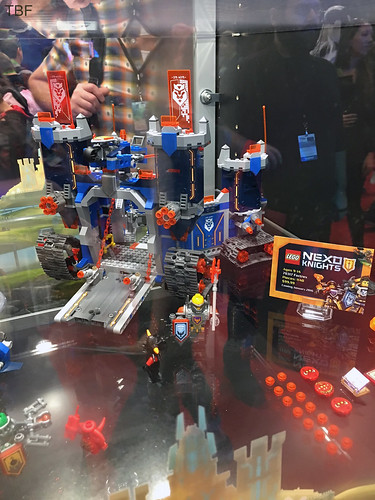 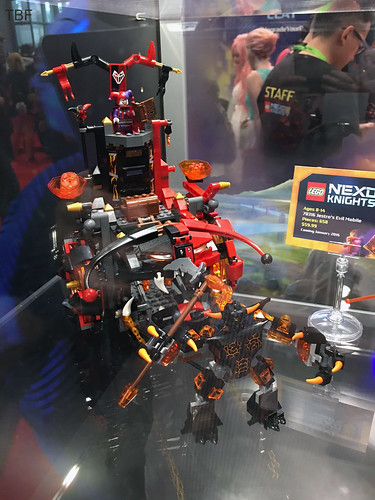 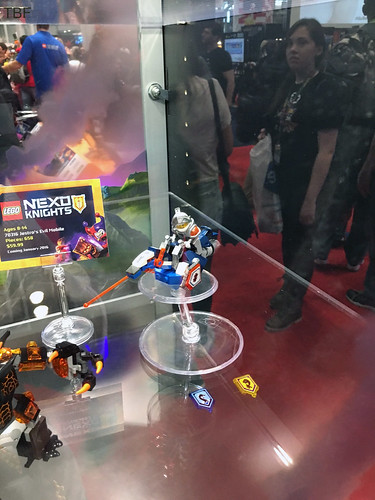 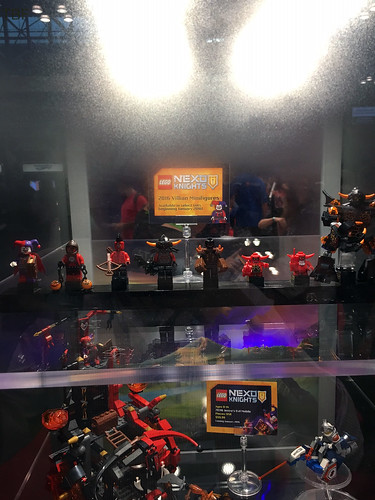