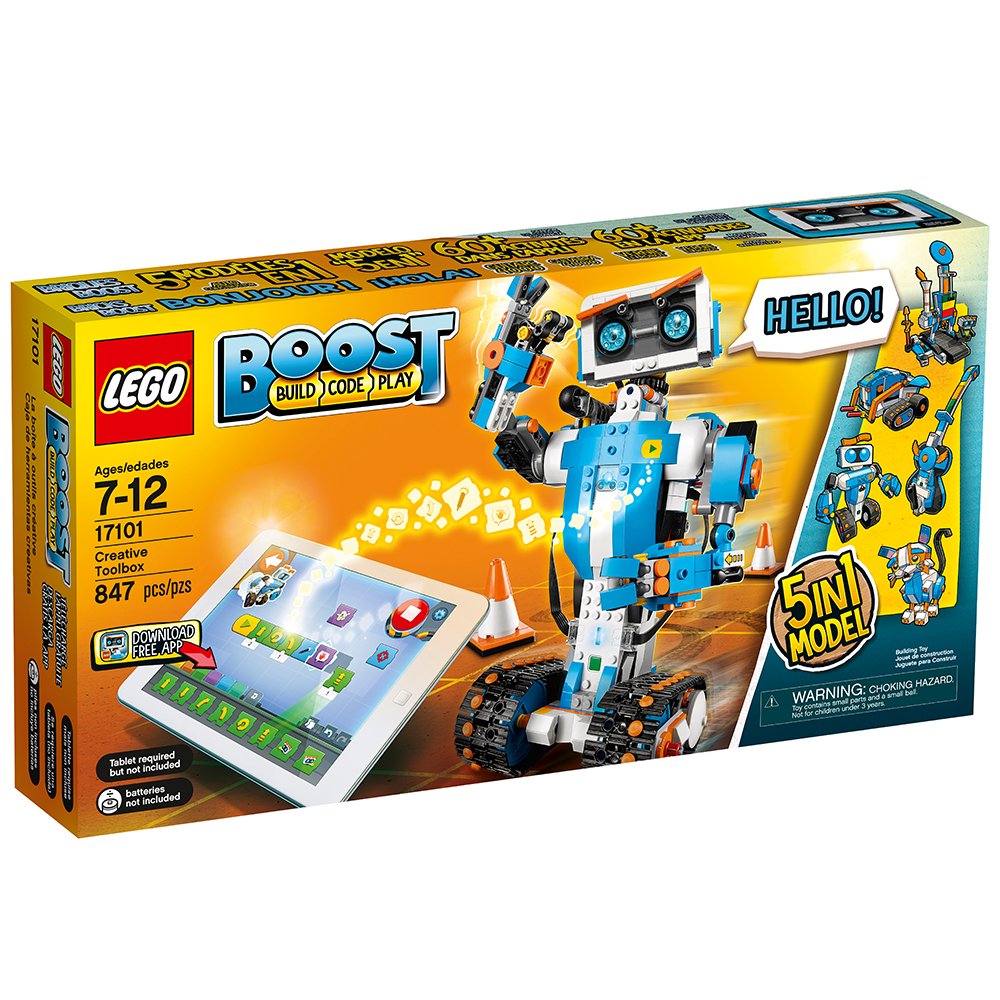 Fast Company has released their list of the 2018 edition of the World’s Most Innovative Companies and LEGO was named as the #6 company out of 10 under the Consumer Electronics category. The main reason for that LEGO was honored in this category was because of boosting children’s coding skills by the way of LEGO Boost. LEGO Life, which was launched last year, also contributed to the company being named in the Consumer Electronics category. This app allows children to share their creations online in a safe environment. Check out the press release that LEGO has released regarding the honor.

LEGO Group earns no. 6 spot on list of Top 10 Most Innovative Companies in Consumer Electronics

NEW YORK (February 20, 2018) – Fast Company today announced its annual ranking of the world’s Most Innovative Companies (MIC) for 2018, honoring leading enterprises and rising newcomers that exemplify the best in business and innovation, which includes the LEGO Group at number six on the Top 10 Most Innovative Companies in Consumer Electronics list. Editors noted that the iconic toy brand made the list for boosting children’s coding skills.

In 2017, the LEGO Group introduced two significant innovations to further bridge the divide between physical and digital play: LEGO® BOOST and LEGO® Life.

LEGO BOOST is a super-charged LEGO set that lets children as young as seven years old bring their LEGO creations to life through a simple, app-based coding language. Embracing a “fun-first” vision, LEGO BOOST empowers children in both the physical and digital creation of the outcome – first by building a model, then by coding its behavior and personality. The coding language was developed specifically to be fun and accessible to children, making it easy to experience instant success, master basic commands and move on to more complex coding and behaviors in a continuous cycle of build, code and play.

LEGO Life, a safe, app-based social network for kids inspires builders to connect with a community of like-minded peers to express their creativity, share their LEGO creations, interact with LEGO characters, and inspire one another to build. LEGO Life bridges physical and digital play experiences, innovating on the best of today’s social network features to add a social layer to LEGO play. After seeing millions of children share their pride of creation in the “Cool Creations” section of LEGO Magazine, a richer, more dynamic social media experience was a natural next step in the evolution of digital LEGO engagement. Since launch, the app has recruited nearly six million kids from 26 different countries who share a love of building.

Julia Goldin, Chief Marketing Officer at the LEGO Group said: “The LEGO brand is synonymous with play experiences that develop future innovators, and last year, LEGO BOOST and LEGO Life expanded that reputation, capturing the imaginations of girls and boys alike around the world, inspiring them to build, code and share. We are constantly exploring new ways to bridge the physical and digital play worlds, while continuously innovating around the core LEGO brick. Sharing platforms like LEGO Life provide us with great opportunity to be inspired by the amazing ideas that children share with us and with each other.”

Fast Company’s 2018 Most Innovative Companies recognize pioneering companies across 36 categories, from consumer electronics to artificial intelligence to wellness. More than three dozen Fast Company editors, reporters, and contributors surveyed thousands of companies—many of which were identified by a new MIC submission process—to create these lists.

Most Innovative Companies is Fast Company’s signature franchise and one of its most highly anticipated editorial efforts of the year. It provides both a snapshot and a road map for the future of innovation across the most dynamic sectors of the economy. “This year’s MIC list is an inspiring and insightful window into how many companies have embraced innovation and are working to make meaningful change,” said Fast Company deputy editor David Lidsky, who oversaw the issue with senior editor Amy Farley.

Fast Company’s Most Innovative Companies issue (March-April 2018) is now available online at www.fastcompany.com/MIC, as well as in app form via iTunes and on newsstands beginning
February 27.

ABOUT FAST COMPANY
Fast Company is a leading progressive business media, with an editorial focus on innovation in technology, ethical economics, leadership, and design.