LEGO SDCC 2022 Behind the Bricks with LEGO Entertainment Panel Recap 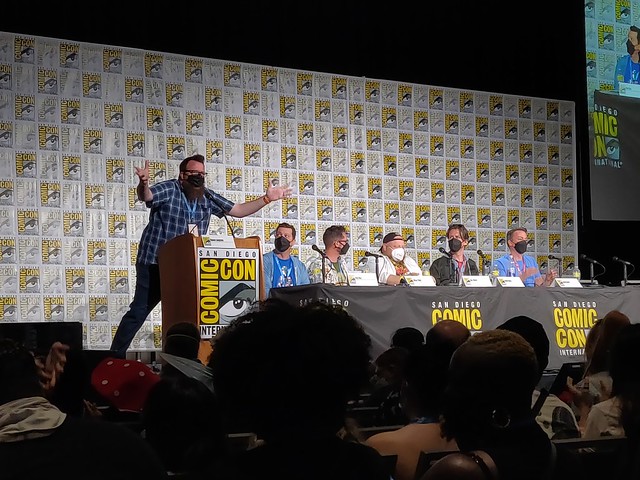 I’m back from LEGO Entertainment panel at San Diego Comic Con 2022 which included various shows like Ninjago, Star Wars, City, Monkey Kid, Friends as well as LEGO Masters. The main thing that took the most time was for LEGO Ninjago and what happens in the second half of Crystalized and comes after that. We can confirm that Crystalized will be returning in October on Netflix. There’s no mentioning of it showing on any other platform. Dareth will be showing up again and Harumi will be featured more and will have a big impact for the Crystalized ending. 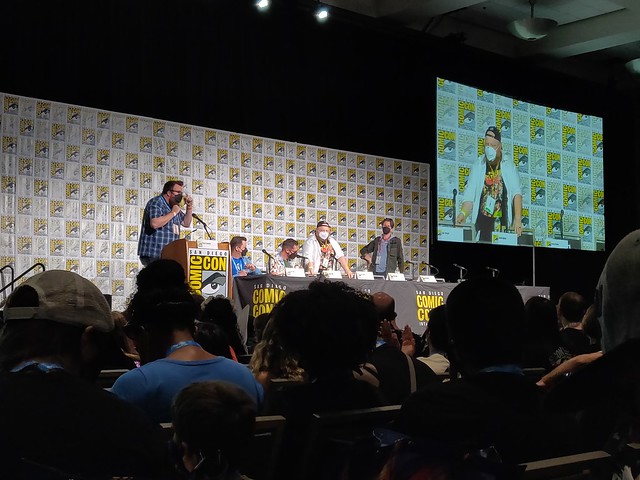 The other big new is that LEGO Ninjago will not be ending this year but will be back with a new series in 2023. There was absolutely no details about the show except that it is not a reboot. Writer, Chris “Doc” Wyatt tried to give us some details but had the microphone taken away by Asa Tait. The only information that was given about the 2023 Ninjago series is that it is all new and all different in exciting ways. They said to use your imagination on what that could be. We’ll probably get snippets of it this winter when the 2023 LEGO sets are revealed. 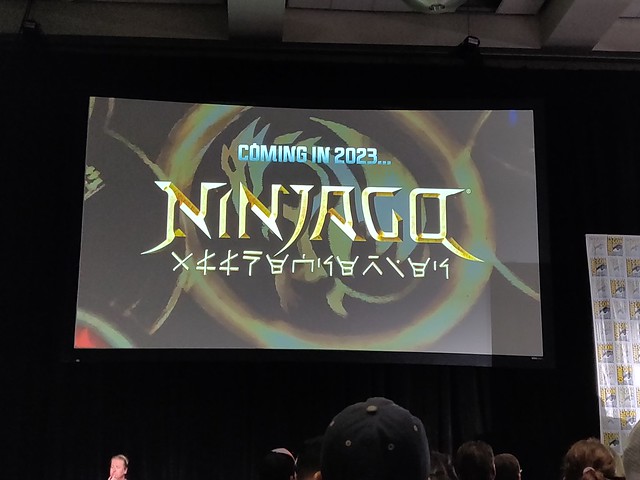 For the other part of the panel, we had some LEGO Star Wars shorts which featured Obi-Wan Kenobi dueling Darth Vader in the desert and Grogu building sandcastles. They were pretty funny. 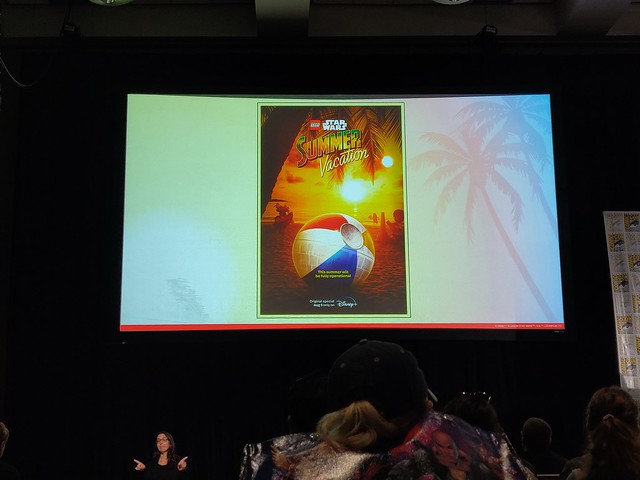 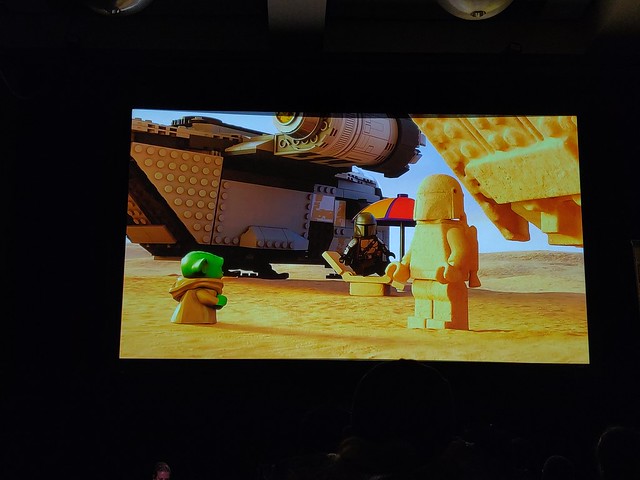 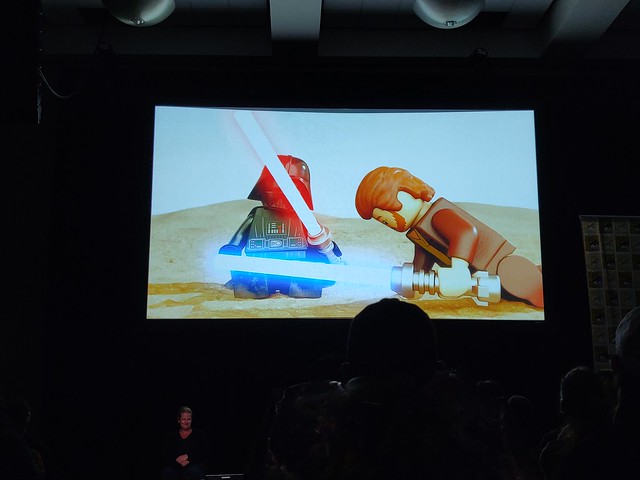 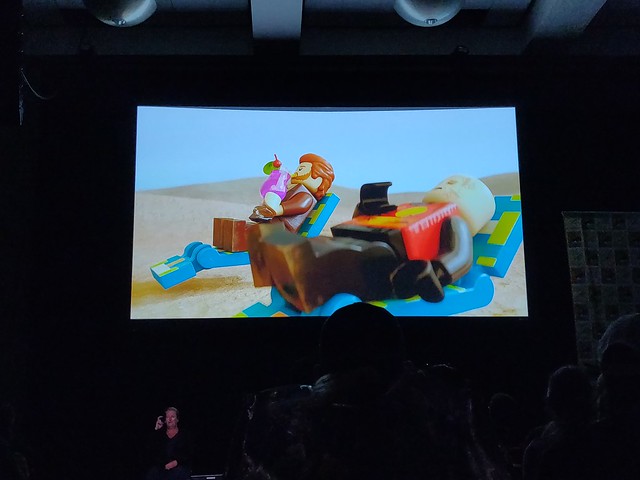 There was also a short LEGO Masters clip from Amy and Jamie. Season 3 airs Wednesday, September 21. Boone talked about this journey from being an AFOL to a contestant on season one of LEGO Masters to being a LEGO designer now. 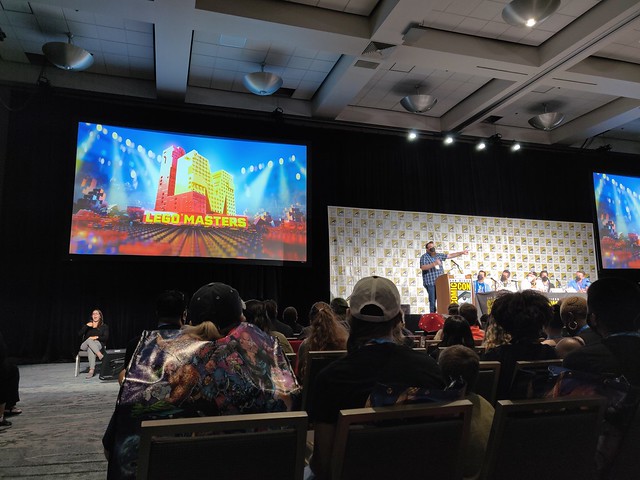 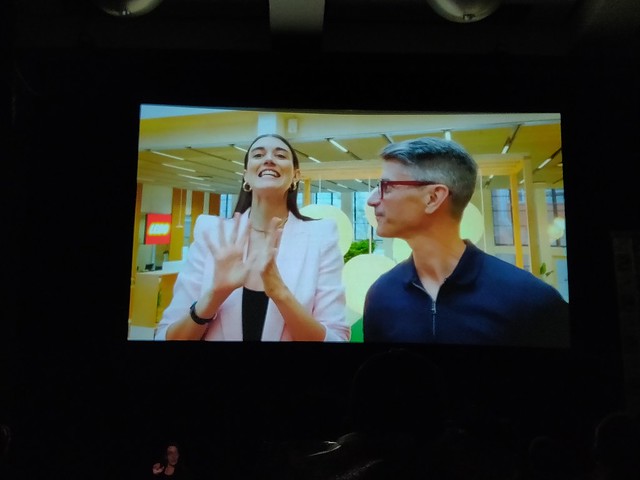 The Q&A section of the panel had some decent questions with quite of few of them about Ninjago. One of the good ones was about the serialization of the series instead of being more episodic. Serialization has been part of Ninjago’s DNA since the start and they wanted the stories to ramp up to a conclusion instead of having separate episodes that didn’t connect. 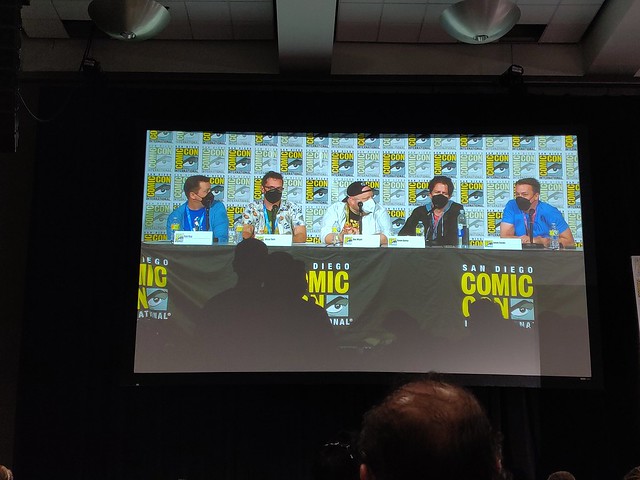 The other good question was how long it took to create an episode of Ninjago. From writing the story to episode, it would take up to two years so the developers already knew what was going to happen before we even seen anything. This also means that the new 2023 series has most likely already been completed and we’re just wondering what it could be about.

LEGO Masters Junior might be coming in the future but the producers have to see if there’s enough interest. A LEGO Star Wars Clone Wars short is also possible.

There is a new LEGO movie coming but I forgot if it was a general LEGO movie or if it was for Ninjago in particular. Stuff was going so fast that I couldn’t catch it fast enough.

As for the LEGO SDCC 2022 exclusives or the lack thereof, since it’s not their department, they’re just guessing that was timing issues for them with COVID and they wished there were something for fans. My report the other day says otherwise.

That was about it. It was a decent panel but there were cliffhangers left and right for LEGO Ninjago Crystalized and for the 2023 series.