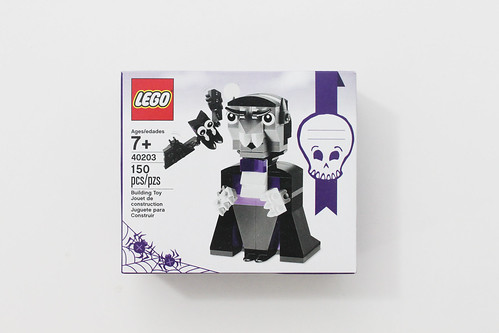 LEGO has been traditionally releasing Seasonal sets for some of the major events that happen throughout the year and 2016 hasn’t changed. For 2016, LEGO has already released the Vampire and Bat (40203)

which retails for the usual $9.99 and has 150 pieces. As with all the 2016 Seasonal sets, you have the character builds opposed to the more popular vignette sets from last year. The contents of the box include three un-numbered bags and the instructions. 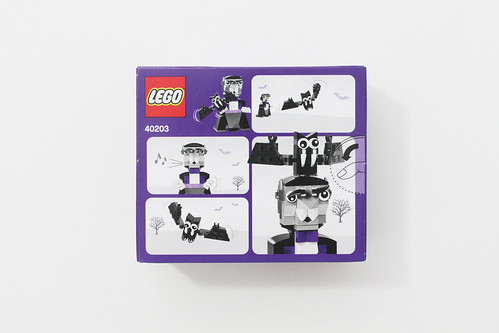 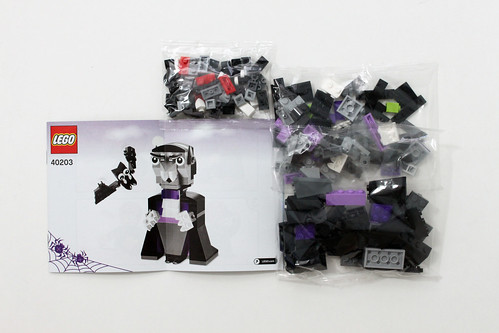 The build is pretty straight-forward as you build from the feet up. As you keep building, you’ll get to the collar area which I was more impressed with. It’s a simple build using four pieces including a 2×4 wheel arch. In the front, I also like the ruffled white shirt using 1×2 sloped pieces in the front as well as the purple bowtie using cheese slopes. 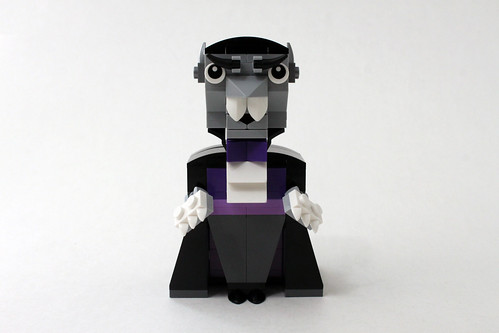 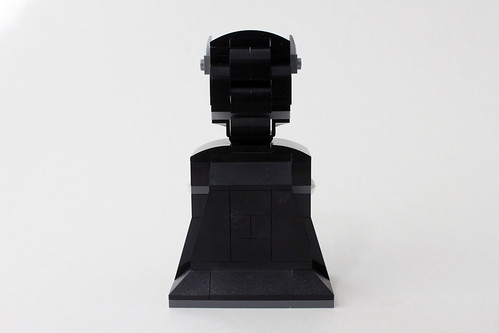 The head is pretty standard but the fangs do look a little weird as they seem to be coming out of the nose instead of his mouth. There’s a little nice touch on the hair with the white curved bow piece to represent some white hair. 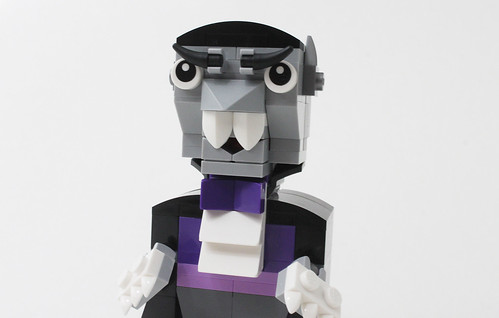 There’s also a simple bat build to complement the vampire. There’s not much to it but the wings are on some hinges so they can flap. 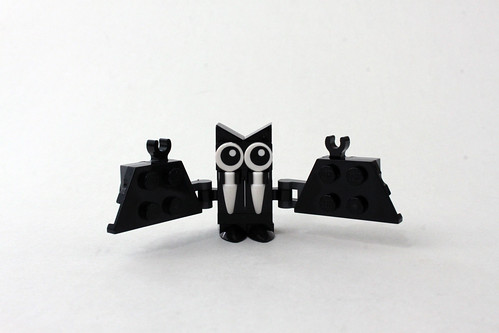 is a step up from the disaster that was the Easter Chick (40202). Some people will appreciate the build and the blocky style of these 2016 Seasonal sets and some would rather leave it on the shevles. The set is now available for purchase for 50% off the regular price. 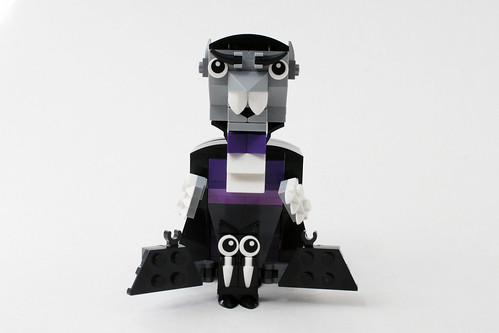