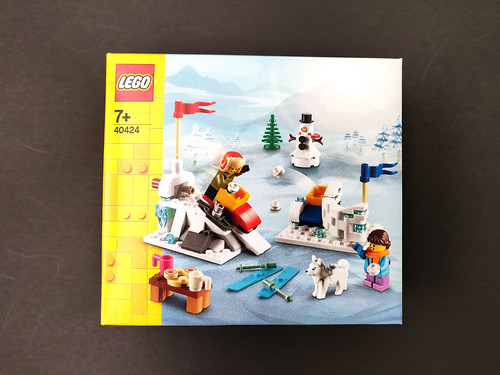 LEGO has recently released a new seasonal set with the Winter Snowball Fight (40424). It has 149 pieces and retails for $12.99. Most of us really like the vignette type sets for the seasonal ones but this one is more of a play set filled with separate things. 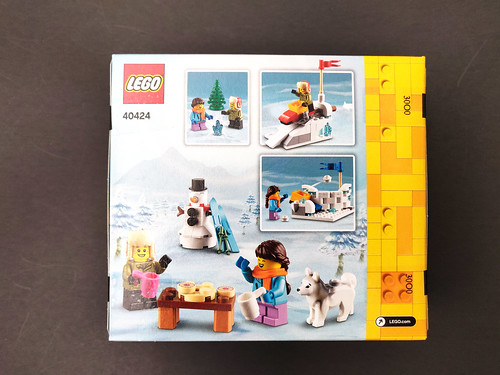 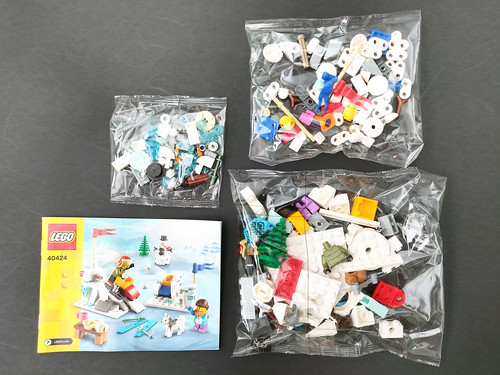 There are two minifigures in the set, a boy and a girl. The boy does have an exclusive torso with the olive green jacket. The ushanka style hat he wears isn’t exclusive but is nice to have. 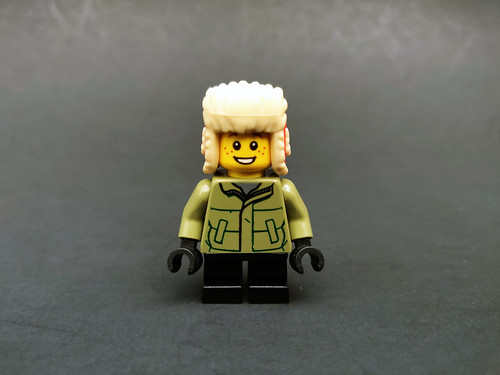 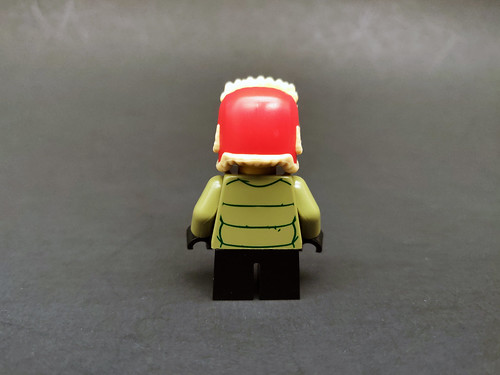 The girl has a couple of exclusive parts including the blue jacket and the head piece. She has a double-sided head with a cute smiling expression on one side. Her accessories include a pair of skis and poles. 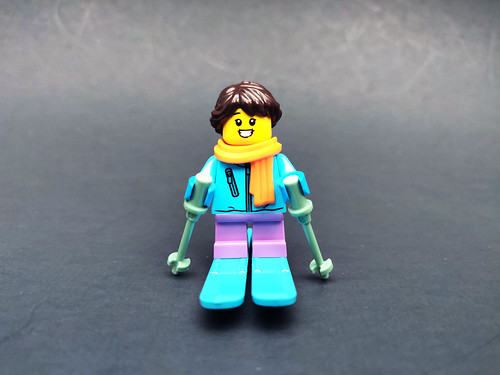 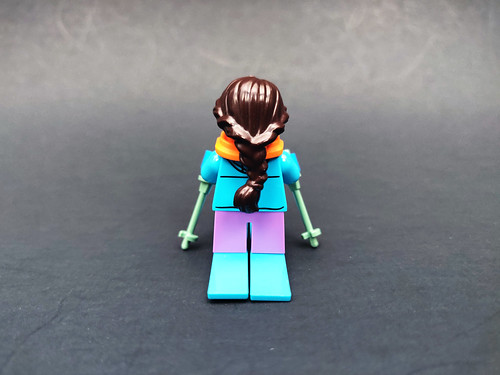 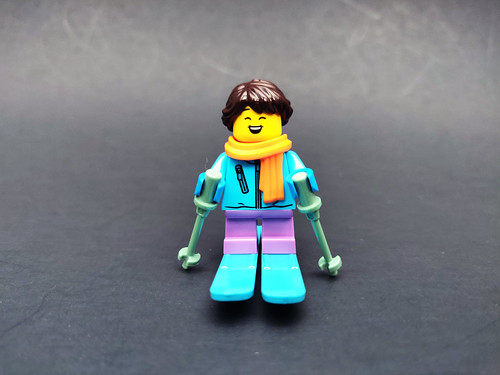 There’s also a gray and white husky which we’ve seen before. 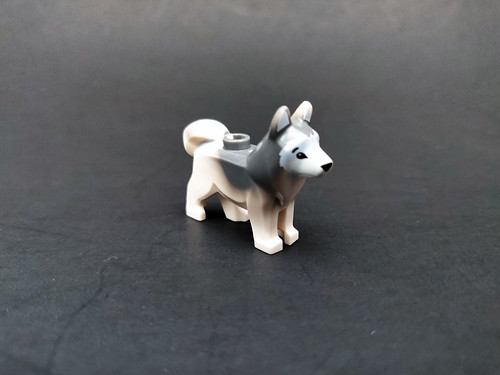 The first part of the build is a ramp for the sled. The back of it has a pushing feature to launch the sled forward. It does have some rare pieces such as the trans light blue tooth and crystal pieces. 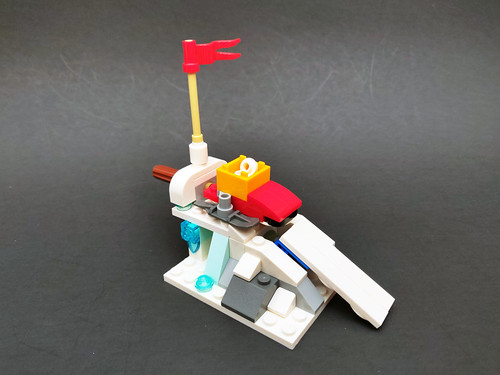 The second part of build is a snow fort. It’s nothing too special but it does have a catapult to launch some snowballs from the crate. 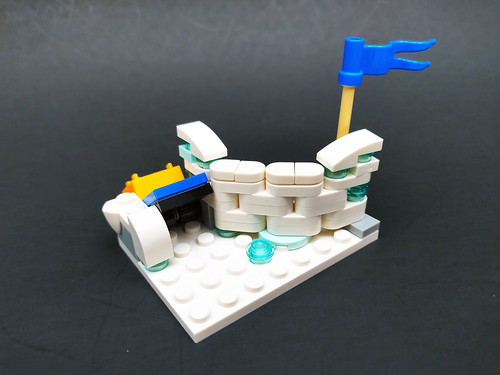 Also included in the set is a brick-built snowman. The interesting parts usage here is the 2×2 coupling plate for the scarf. 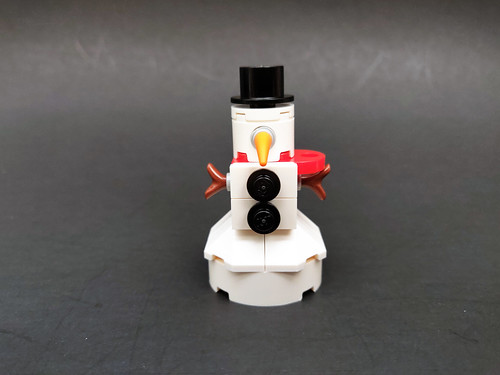 Lastly, there is a table with a couple of mugs and printed 1×1 round tiles of cookies. 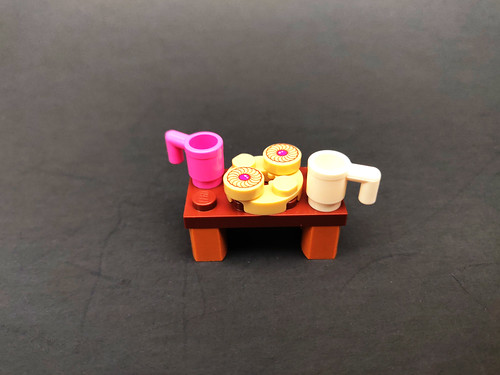 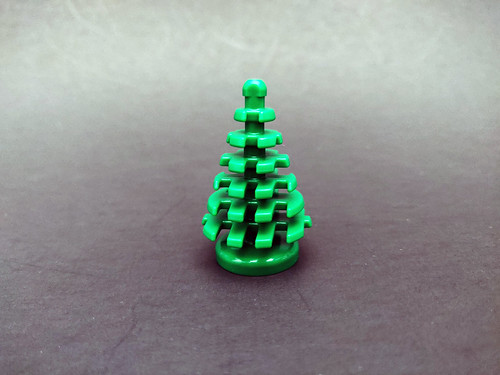 Overall, I have mixed feelings about LEGO Seasonal Winter Snowball Fight (40424). It’s a fun little set but it doesn’t feel cohesive as all of the builds are separate and aren’t able to connect together. If you’re a fan of these seasonal sets, you will most likely get it anyways especially this the cheap price point. For me, the highlights of the set are the minifigures. 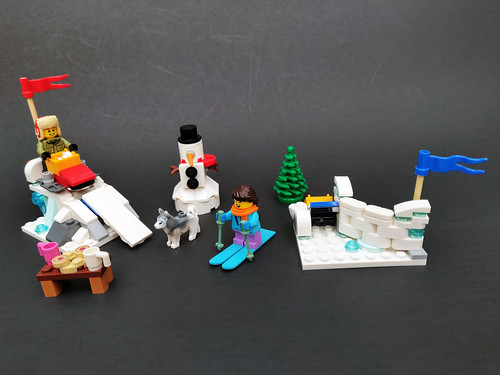