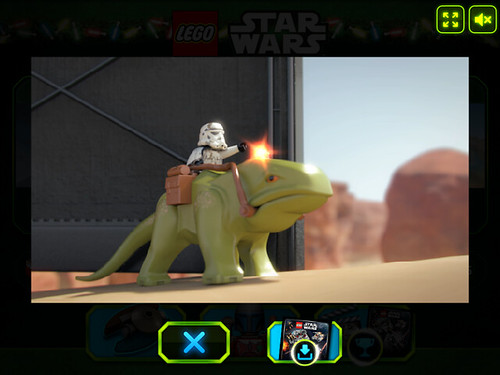 The final stage of the LEGO Star Wars 2013 Advent Calendar minigame was unlocked today which is the stage of Tatooine. I’ve managed to complete the game with not much effort and after collecting all the ships in the game, you are able to unlock a secret bonus video that promotes the Microfighters sets. At the back end of the video (see below), there is a Sandtrooper patrol riding a Dewback. Does this mean there could be a dewback figure in an upcoming set? We shall see.

Overall, the game itself was pretty fun. It could pose a challenge to kids and maybe adults especially with the spots the items are located at the later stages. If you haven’t played it yet, I recommend taking some time and try it out.