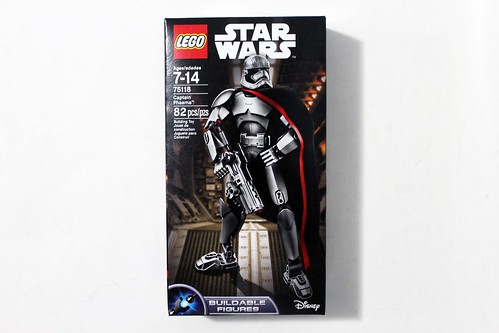 In the beginning of the year, LEGO released some new LEGO Star Wars: The Force Awakens sets including the new wave of Buildable Figures sets. This includes some of the main characters in the movie including Captain Phasma (75118). The set has 82 pieces and retails at $24.99. The higher price is slightly justified by some of the items which I’ll explain a little later. The contents of the box include two un-numbered bags, a bagged cape, a loose torso frame, and the instructions booklet. 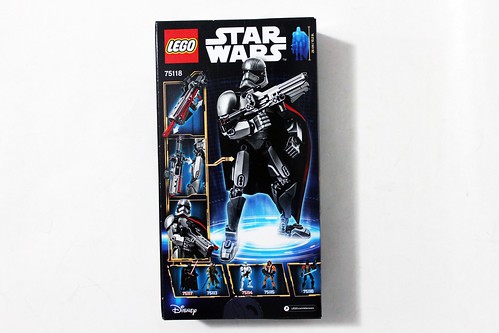 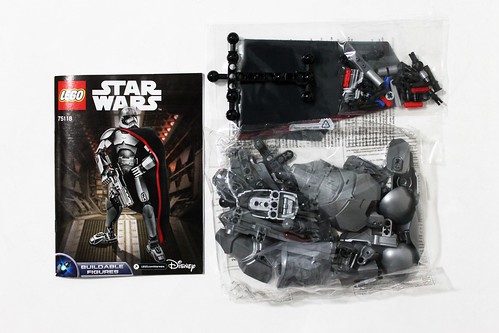 Like with many constraction builds, the build starts off with the frame of the character. Captain Phasma’s armor has a pearl silver color which looks very nice. The armor molding looks very similar to the First Order Stormtrooper (75114) but with some slight differences. Although she looks like your typical Stormtrooper, her main differences are in other parts of the armor including the helmet, cape, and the blaster rifle. 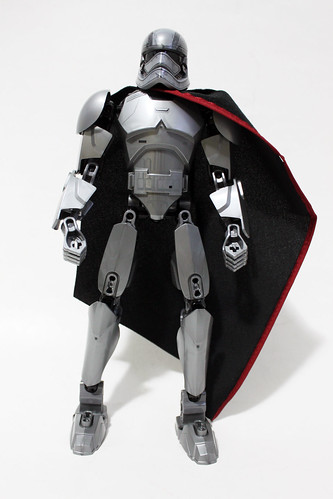 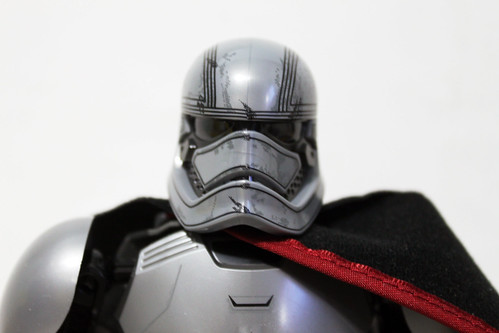 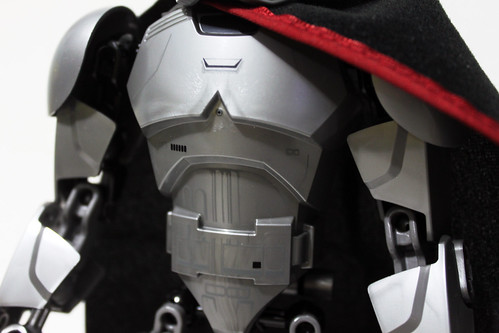 As part of the First Order, she wears an armorweave cape that is mostly back with red lining on the edge. The cape has a similar quality as the one Darth Vader (75111) has but it seems better because of the lining. The cape itself is slung over Phasma’s left shoulder and is held on to the body with a Bionicle Barraki eye piece. 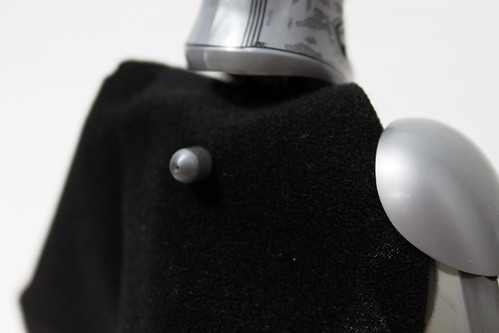 Finally, we have Captain Phasma’s Sonn-Blas F-11D blaster rifle. Again, it’s similar to the First Order Stormtrooper’s rifle but with some slight modifications. Phasma’s weapon has a silver color and the stock is longer so it is braced to her arm. The gun itself is spring-loaded and can be shot by pulling on the trigger. There’s also a spot to hold the extra ammunition. 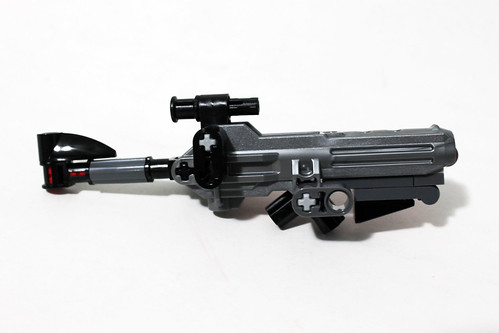 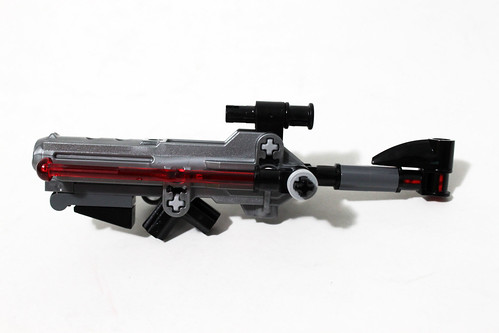 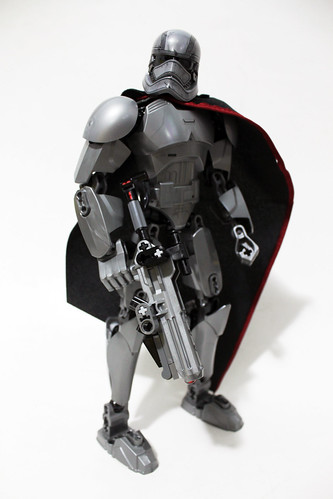 Overall, the LEGO Star Wars: The Force Awakens Captain Phasma (75118) Buildable Figure is a pretty nice set. I especially like some of the details on some elements including the helmet, cape, and the blaster rifle build and I suspect that’s part of the reason for the slightly higher price point. 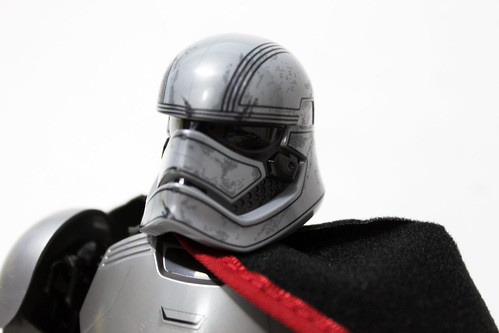 One thing that I’ve seen a few times mentioned is the coloring of Phasma. The armor on Phasma is a pearl silver color but people thought that she was chrome as the packaging kind of shows her in that color. I actually think the pearl silver looks great and it doesn’t look dull.

The figure looks great as a display piece and if you have some First Order Stormtroopers, that’ll make her stand out even more. My first impressions of it when images of the set came out were very good and now that I’ve actually built Phasma, it came out better than I thought. I have a feeling that this set will probably be my favorite of The Force Awakens Buildable Figures. 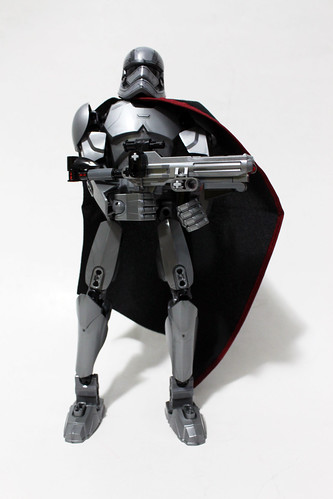