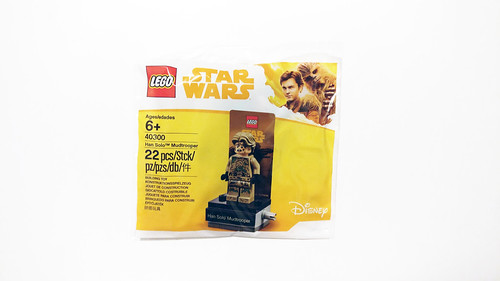 The current promotion on LEGO [email protected] is for the LEGO Star Wars Han Solo Mudtrooper (40300) minifigure polybag with purchases of $35 or more on Star Wars products until October 14. It is the fourth minifigure in a series of LEGO Star Wars minifigures that have their own display stands joining R3-M2 (40268), Scarif Stormtrooper (40176), and DJ (40298). This latest minifigure depicts Han Solo as a Mudtrooper from Solo: A Star Wars Story which I’ll admit, I haven’t watched it yet.

Since I didn’t watch the movie yet, I have no idea what this minifigure references but as you can see, Han Solo is completely covered in mud while wearing a trooper outfit. If you look closely, you can see some of the sand-green on the suit peeking through the brown mud. The printing continues on the back of the torso as well as on the front of the legs. 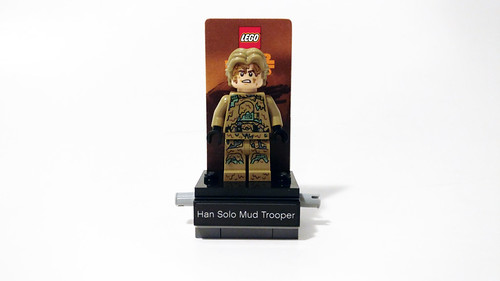 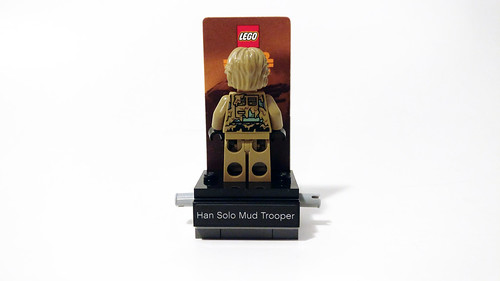 Han does have a double-sided head with an angry look on one side and a worried look on the other. Both sides also have mud going down his face. 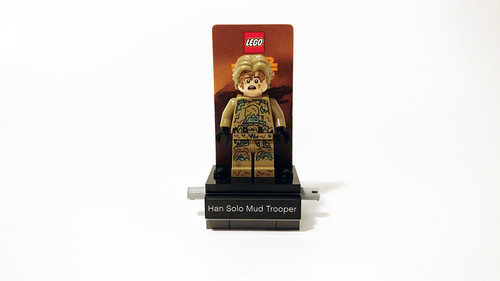 As I mentioned before, Han Solo also comes with his respective stand like with the characters that came before him. There’s a small cardboard backing with the dirty brown background being what looks to be an AT-DT. It is held on to the base with a couple of Technic pins on the axles on the back. The front nameplate is a sticker that says “Han Solo Mud Trooper” although Mudtrooper should be one word. 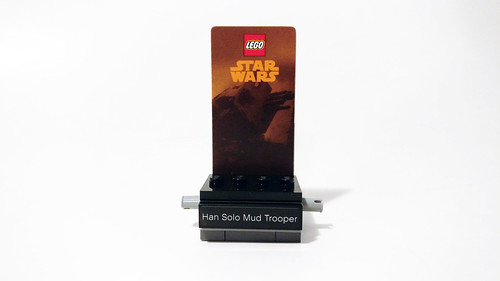 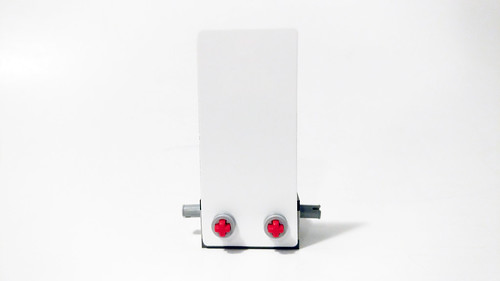 The LEGO Star Wars Han Solo Mudtrooper (40300) is a decent character and it does look good. Again, I’m not too familiar with the scene but the muddy look works well on the trooper suit on both sides of the torso.

If you’ve been collecting the LEGO Star Wars display stand minifigures, I’m guessing you’ll probably want to pick this one up. If you didn’t hear, Barnes & Noble is also currently doing a promotion for the last known minifigure of this series with the Kessel Mine Worker (40299). You can get that one for free with purchases of $29.95 or more. As for Han, you can get him from now until October 14 with purchases of $35 or more on LEGO Star Wars products. 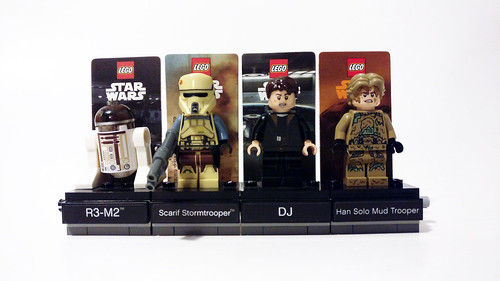