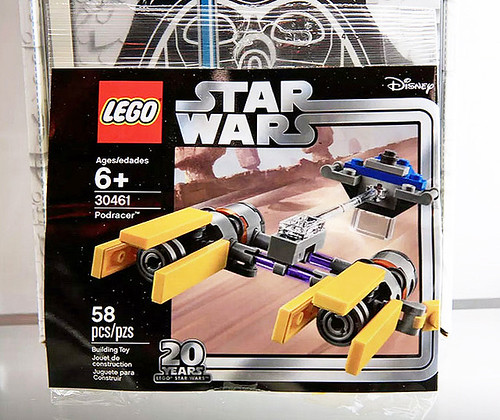 We’ve already seen images and details of the upcoming LEGO Star Wars 20th Anniversary Edition sets that will be coming out later this year. At the New York Toy Fair, LEGO has showed off an additional set in the form of a polybag. It is the Podracer (30461) which has 58 pieces and it pays homage to Anakin’s podracer and is a smaller counterpart to the 75258 version. There’s no word yet on its availability at this time but I assume it’ll be part of a promotion when the 20th Anniversary Edition sets are released.