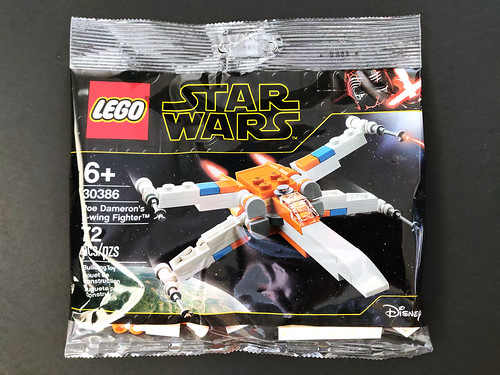 For my very first review of 2020, I have a rather small polybag that I found a few days ago at Walmart alongside the LEGO Marvel Super Heroes Captain Marvel and Nick Fury (30453) polybag which is the LEGO Star Wars Poe Dameron’s X-wing Fighter (30386). It contains 72 pieces and it also retails for $4.97 which is a price increase from previous years’ polybags. 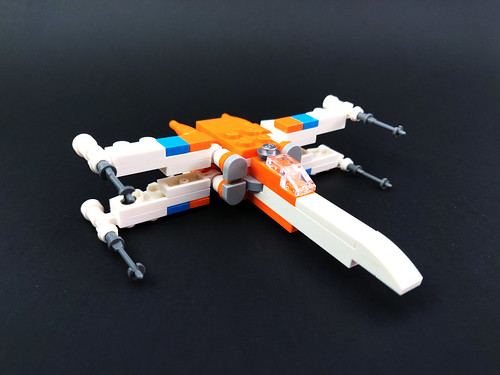 The build is very straight-forward with you building the frame of the X-wing. While you’re building, there are some very interesting parts usage including carrots for the thrust engines and ski poles for the laser cannons on the end of the wings. 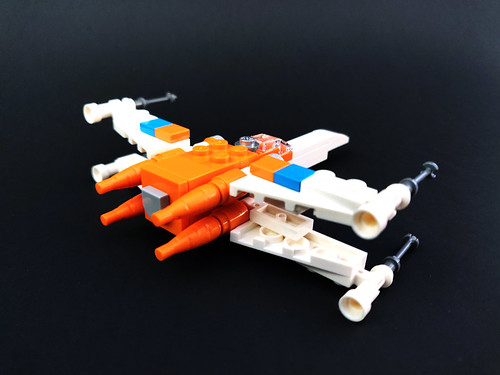 The S-foils themselves are on clips so they can be displayed in normal flight mode or in attack position.

The colors for this version of Poe’s X-wing is white, orange, and blue which is the new one from Star Wars: The Rise of Skywalker. I do like this look as it has a really classic feel to it and it complements the 75273 version very well. 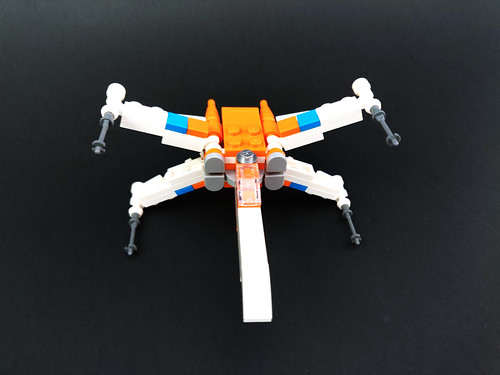 Overall, I do like the LEGO Star Wars Poe Dameron’s X-wing Fighter (30386) polybag and applaud LEGO’s use of random parts to create something that looks decent. The only thing I don’t like that much is the dollar price increase that are affecting a number of products. Is this polybag worth $5? Probably not and fans will have to decide for themselves if the price is worth it to them. Again, I found the polybag at Walmart and you can search in your area using Brickseek.