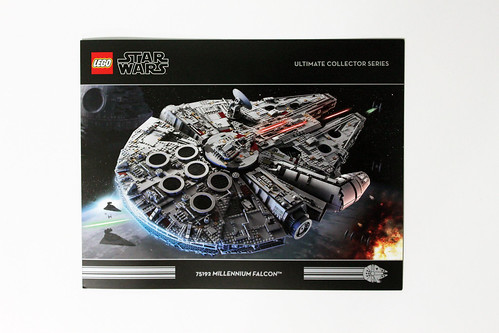 Today was the start of the Force Friday II promotion event at LEGO Brand Stores and fans were able to check out the newly announced LEGO Star Wars UCS Millennium Falcon (75192) which was on display. They were also handing out some swanky collectible brochures for the set as well.

The tri-fold brochure is made from some high quality paper that has a premium feel to it. There are parts of the images that have that uses the glossy material as well. The front of it shows the Millennium Falcon in all its glory while the back shows a VIP card with a blurb that says you can buy it 16 days before the general release. I’ll get more on that in a separate post. 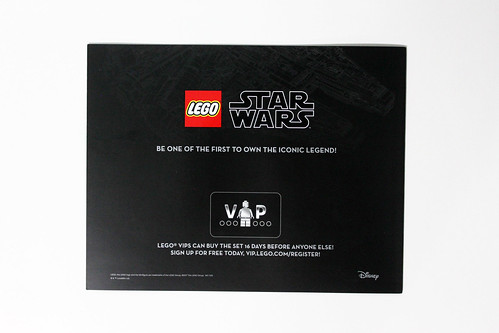 When you open it, it shows some of the interior details of the Falcon and the other page shows the minifigures that are included with the set. 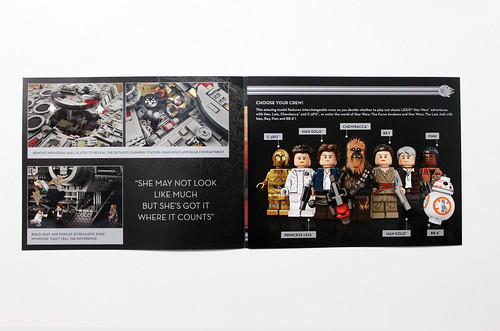 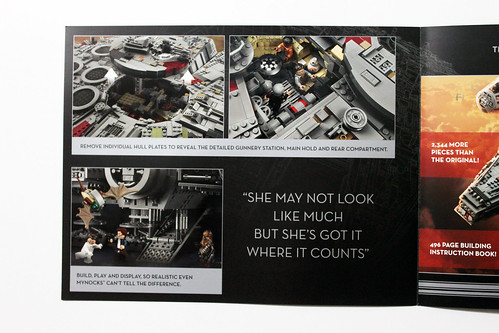 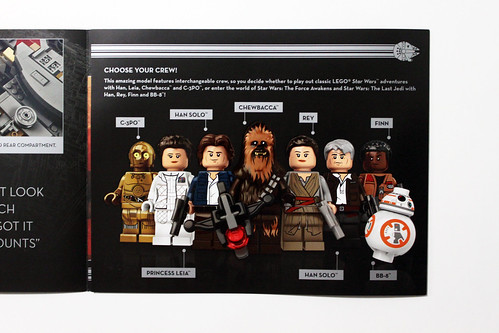 When you open up the other flap, you get some more details and stats. One thing that is new that the brochure tells us is that it will have 496 pages in a spiral bound booklet. 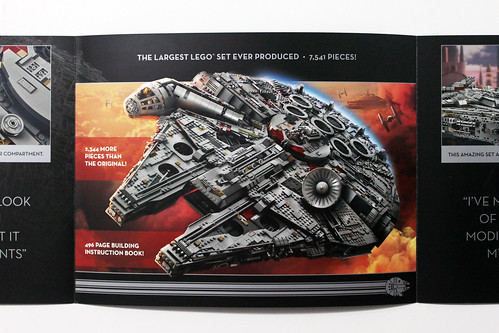 The last page again shows some of the details of the Falcon including the interchangeable antennas and the new cockpit. 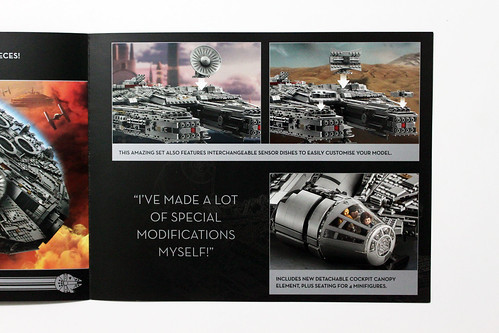 Overall, the brochure is a neat collectible and it shows that LEGO is going all out on promoting this set. Check out some of the pictures of the LEGO Star Wars Ultimate Collector Series Millennium Falcon (75192) being displayed at the LEGO Store. These pictures were taken at the San Diego, Fashion Valley location.