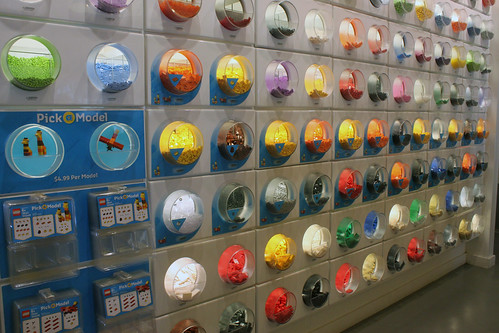 On April 1st, LEGO Brand Stores made a major change to the Pick-A-Brick Wall. Gone are the elements that go well with certain LEGO themes. Now we have a new Pick-A-Model section that’s been added to the wall. Each quarter, there are two different models that you can create for $4.99 per model. Each model comes with their own LEGO elements that you can get from the wall. The clamshell packaging comes with a diagram that shows all the elements you need to build the model. 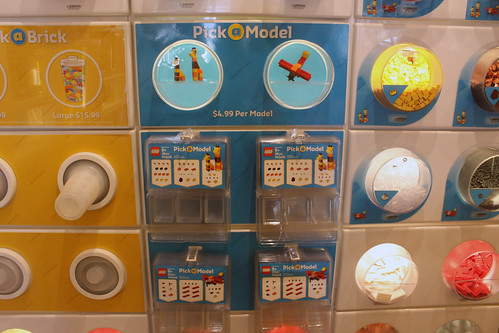 There are a couple of downside of the new Pick-A-Brick Wall. One thing is that you will have 12 less elements from choose from because of the space taken up by the Pick-A-Brick cups and display as well as the Pick-A-Model clamshell holders and display. 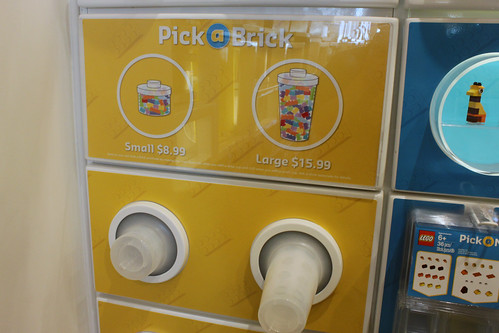 Also, the new elements are intentded for the Pick-A-Model builds so if you’re thinking of filling a whole cup full of a certain new part, think again. I’ve heard that LEGO Store employees will be strictly enforcing this policy so you can’t get a whole cup of a certain element as you could before the changes were made. You can still add the Pick-A-Model elements to a regular Pick-A-Brick cup but just don’t overdo it.

For the second quarter, the LEGO Pick-A-Models that you can choose from are two giraffes or a biplane. The giraffes contain 36 pieces and the biplane has 24 pieces. Check out the images below to see some LEGO elements you can get this quarter. 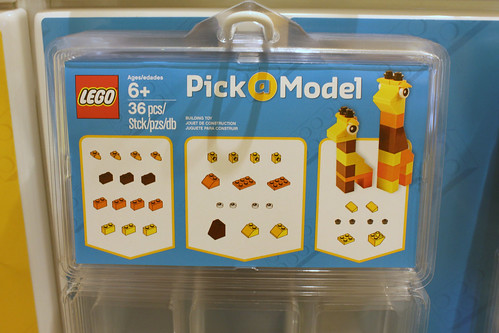 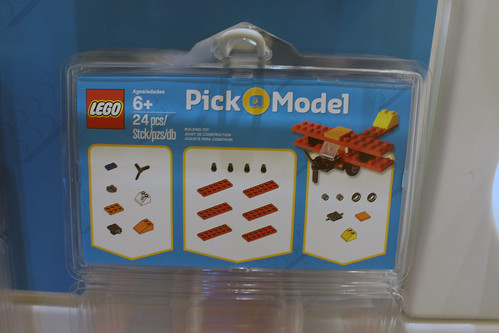 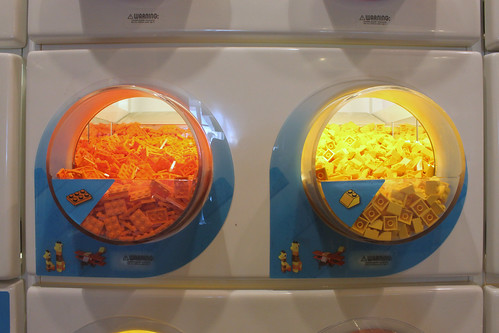 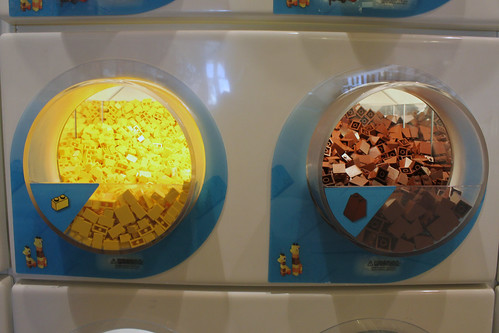 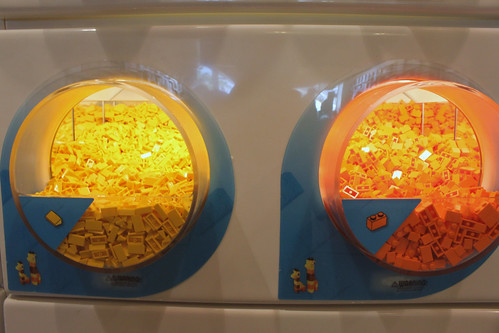 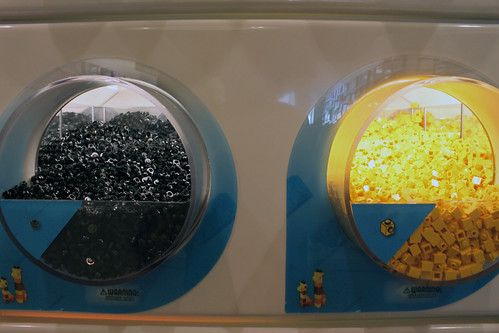 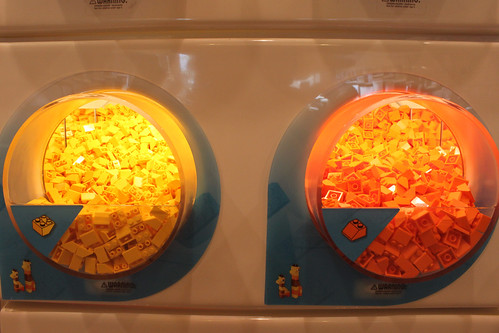 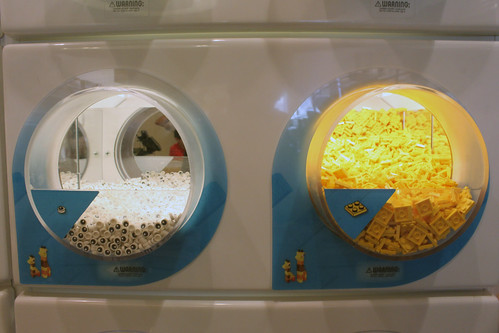 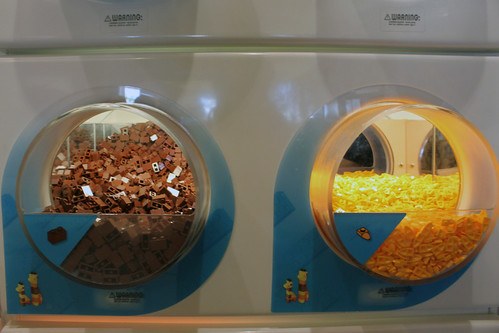 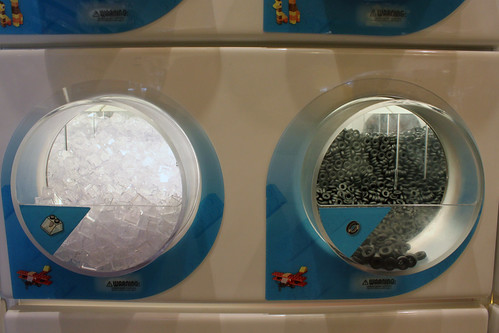 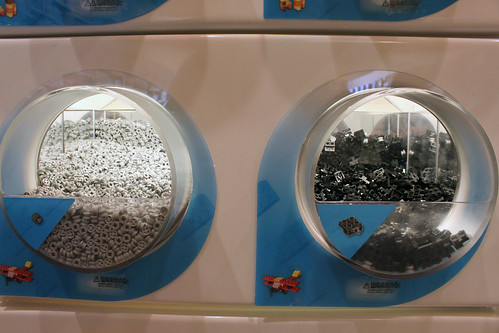 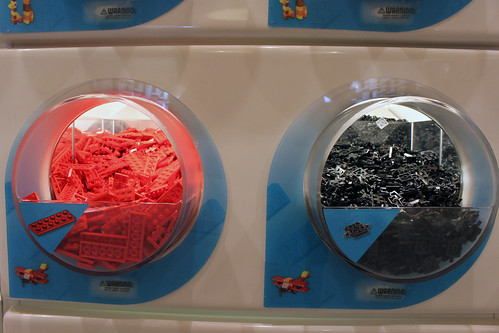 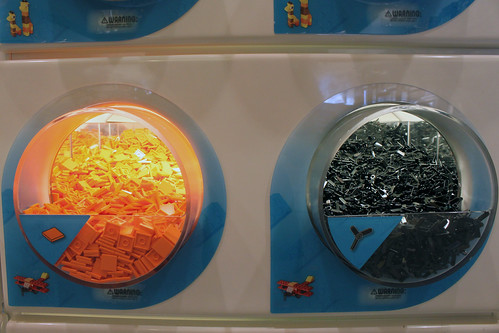 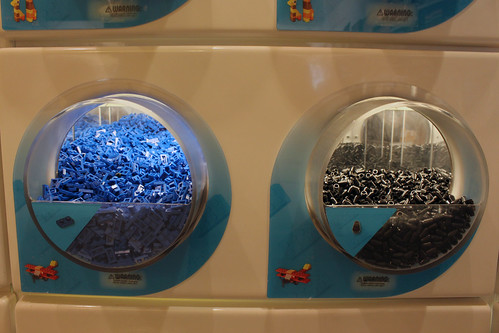 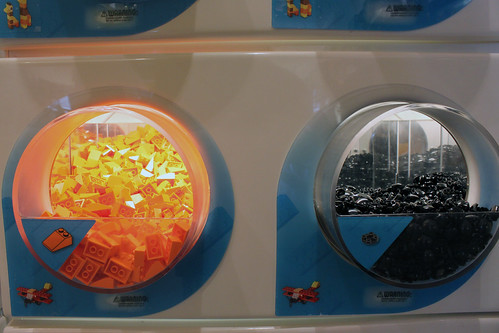