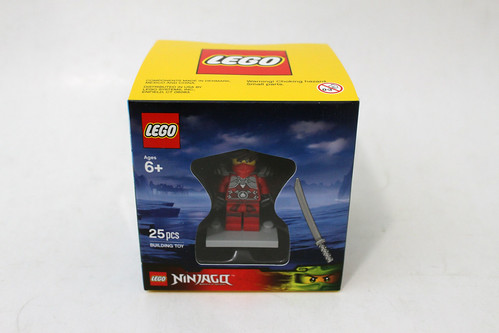 About a week ago, Target released the new 2015 LEGO Minifigure Gift Box Set (5004077) online for purchase individually for $9.99 or you could get it free with certain purchase restrictions but a majority of buyers went with the former route. After a day or two, they seemingly removed it from the website while physical locations don’t even know about it. From what I’m hearing, corporate is pretty upset with it being sold online early or something. 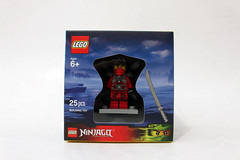 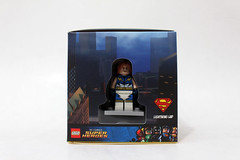 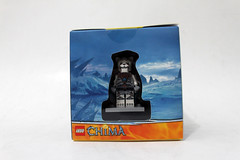 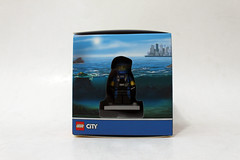 Anyways, people have started receiving their shipments of the box set including me. This is the second box set that Target has released in two years so it could be a trend going forward with them releasing one around this time every year but we’ll see. The packaging is similar with clear windows showing the four minifigures that are included. The design corresponds to the particular theme the minifigure is in which is the same as last year’s themes.

The first minifigure in 2015 LEGO Minifigure Gift Box Set (5004077) is Kai in his stone armor robes as seen in Season 3 of Ninjago: Masters of Spinjitzu. There’s some nice printing of the robes along with the armor around the shoulder area. The back side of Kai also has the printing as well. He has a half mask which covers the lower half of his face. One thing to point out is that his face printing is new which is a smirking expression. His accessories include a shoulder armor piece along with the sword holder and katana. 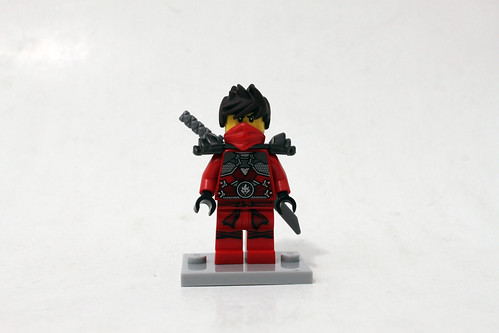 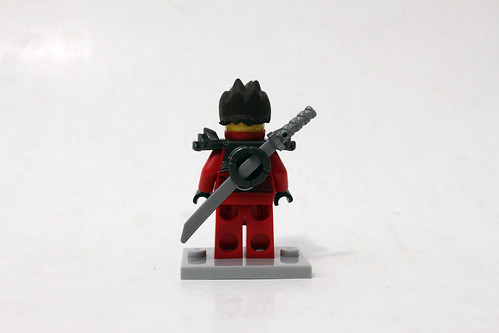 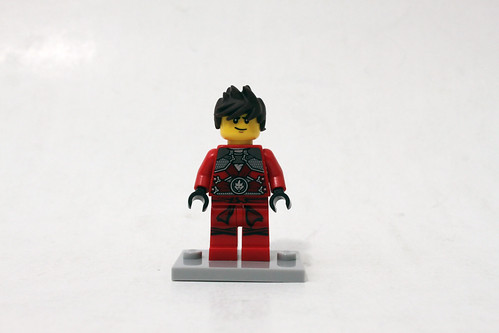 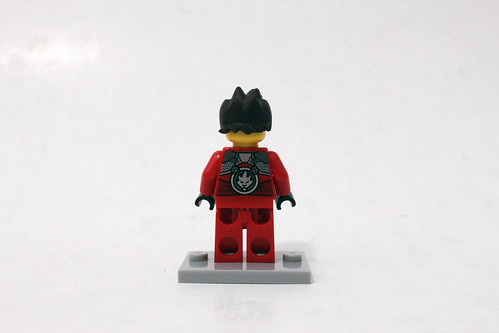 Probably one of the most sought after minifigure in this box set is the DC Comics Super Heroes Lightning Lad. If you’re not familiar with this character, he is a founding member of the Legion of Super-Heroes alongside Cosmic Boy which we’ll be getting in 2016 and Saturn Girl who we hope to get sometime in the future. He wears a blue and white outfit with some really cool printing. There’s also some printing on the left arm. Lightning Lad does have a double-sided face with a normal look on one side and an angry, powered-up expression on the other. He has no accessories. 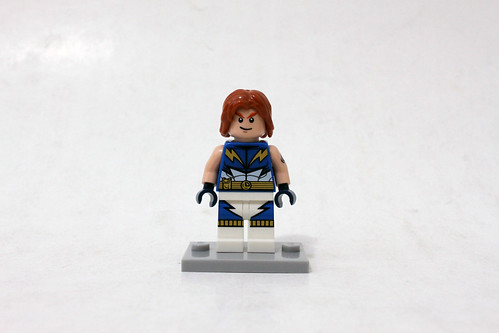 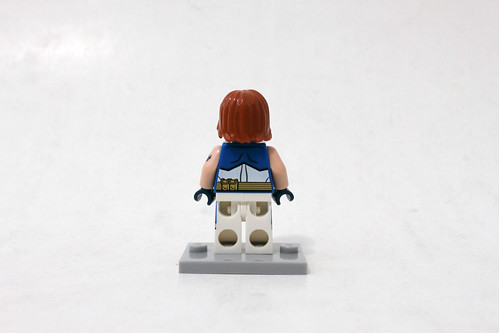 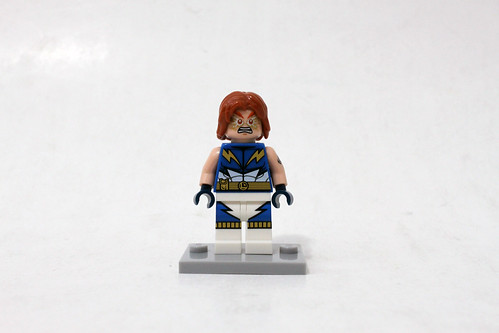 Up next is the Legends of Chima Sir Fangar. This version of him is the healed version seen in the final episode of Chima. The minifigure is pretty similar to the Sir Fangar that’s been released with some slight differences. The arm and leg are now normal and not the transparent ones from when he was corrupt. The head and face is also normal. He does wear a dark blue cape which has a similar issue as last year’s Lavertus with it being crumpled up. I bet that 99.9% of the boxes will have this issue as the plastic casing causes it to be crumpled up. 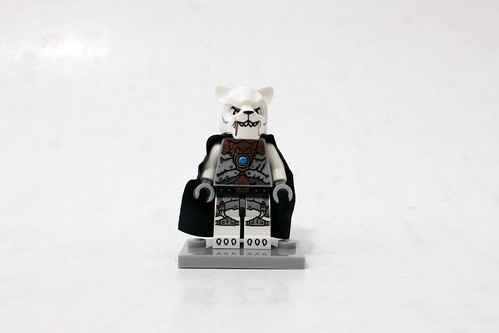 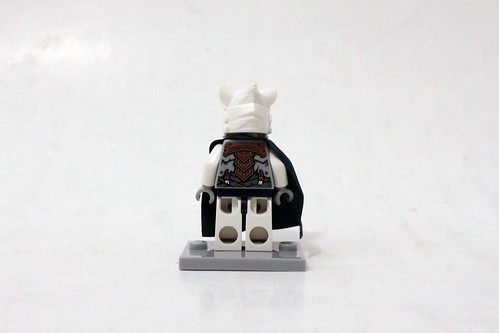 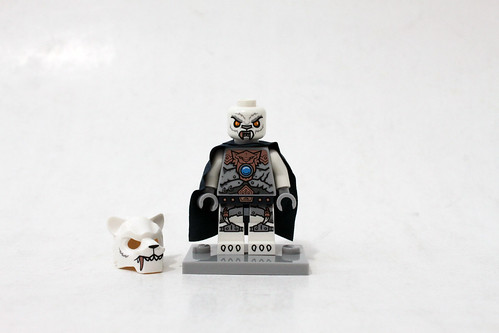 Finally, we have a generic LEGO City Diver minifigure. He is shown wearing a short-sleeve black and blue divers outfit with hoses and gauges printed on it. The legs also have some very nice printing with the design which carries from the torso to the sides of the legs. The head piece is new head piece which has some bearded printing. The helmet with visor is pretty standard from previous ones. He has no accessories. 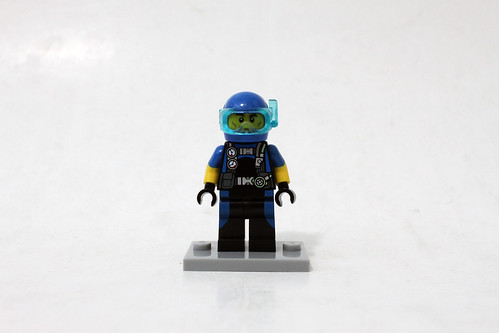 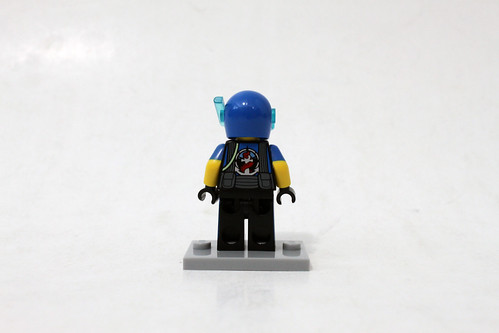 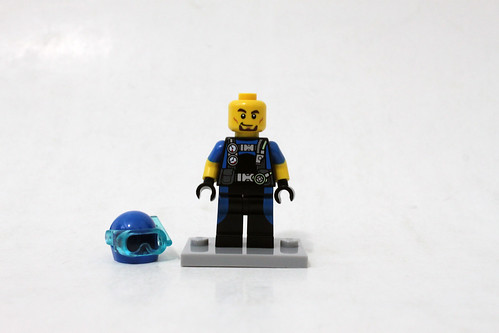 Overall, I think the 2015 LEGO Minifigure Gift Box Set (5004077) is a great set to pick up, if you can find it. As I said, this year’s box only retailed for $9.99 while the one from last year (5004076) went for $15 so this one was a way better deal. The lineup for this box is pretty much on par with the DC Comics Super Heroes Lightning Lad being one of the more sought after ones although all of the minifigures in their respective configurations are exclusive to this box. One last thing to note is that they also come with the light bluish gray stands which are still pretty rare to find.

As of this time, the box set is not available online but 49153007 is the online item number and the store DPCI number is 204-00-1716 if you want to keep checking for it. I assume it will be in stores in the near future like it was last year but they did sell out pretty fast there as well. 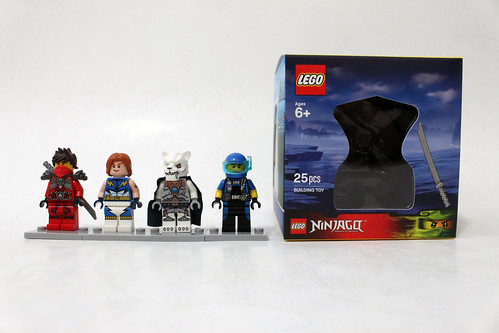