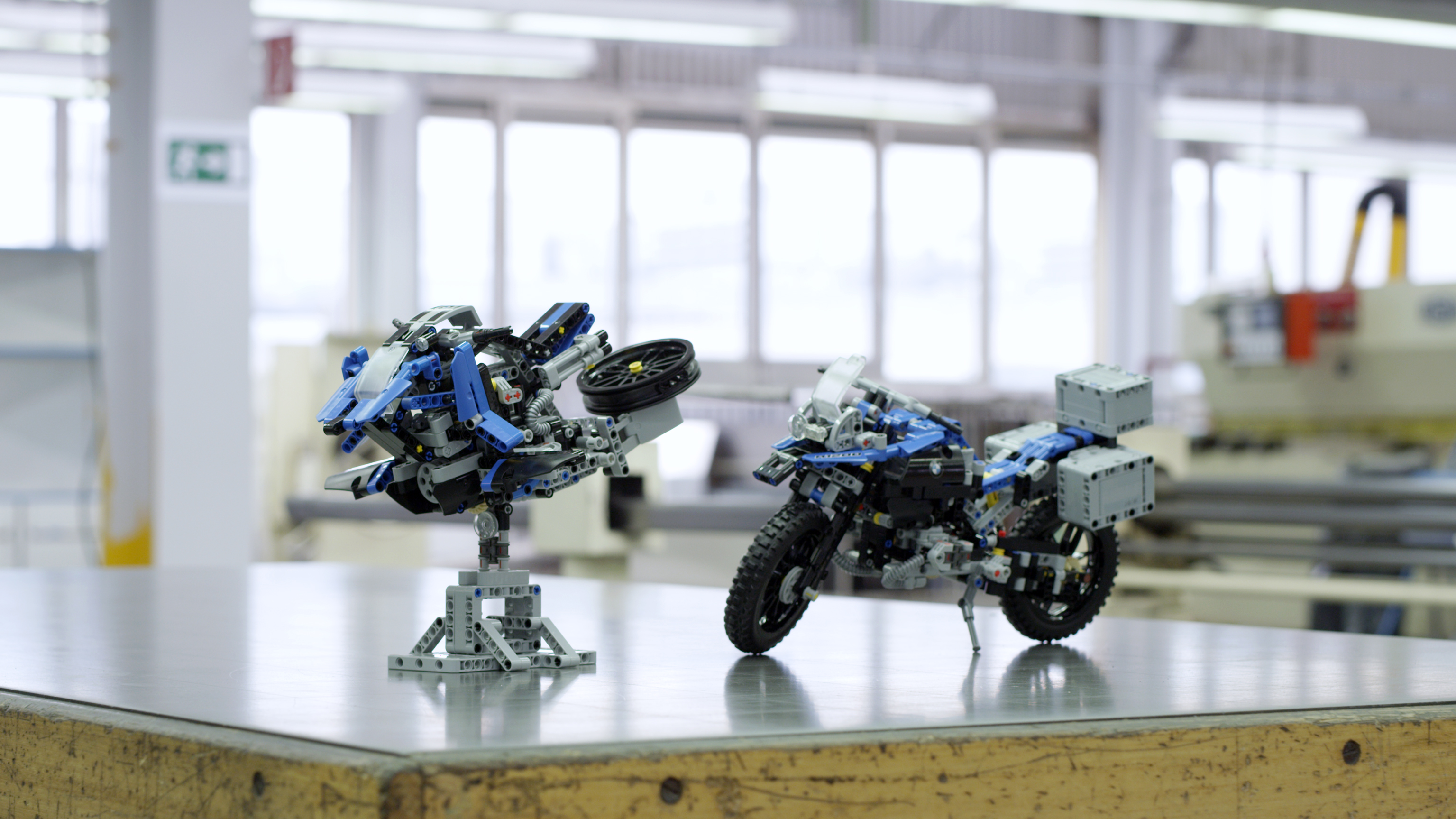 LEGO has announced at LEGO World event the B-Model for the LEGO Technic BMW R 1200 GS (42063) which was announced back in November. The Hover Ride model was conceived in collaboration with the BMW Motorrad design team. A life-sized model of the Hover Ride will be presented at Copenhagen and will go to various locations in Denmark and the BMW Welt in Munich, Germany.

I’m actually not sure why LEGO announced this press release since we’ve already seen images of the B-Model and the instructions are already online. The LEGO Technic BMW R 1200 GS (42063) will be available this Friday at LEGO Stores and on [email protected] 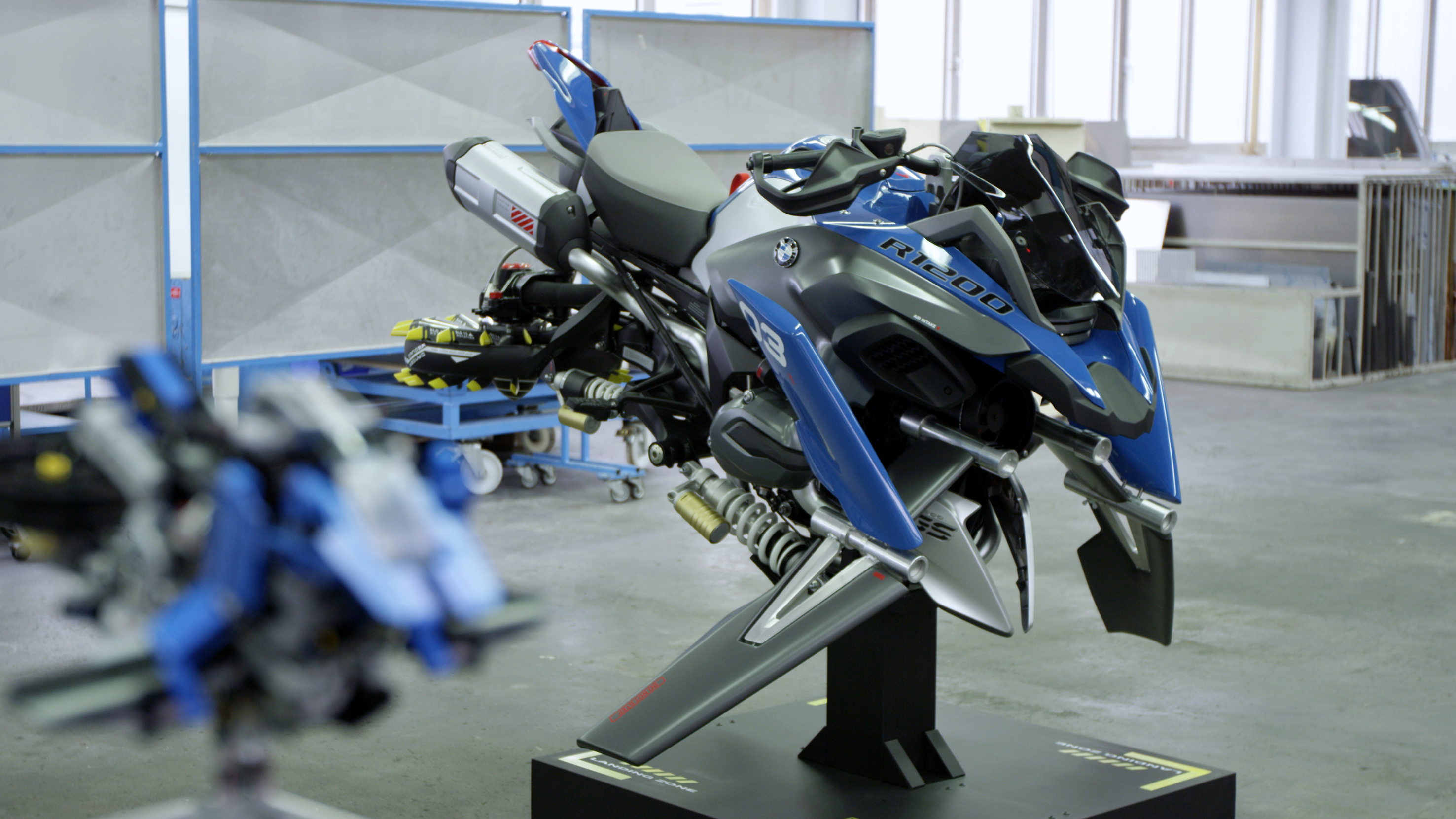 Munich, February 16th 2017 – BMW Motorrad partnered with LEGO® Technic to transform one of the best motorcycles in the world into a LEGO model. The BMW Motorrad R 1200 GS Adventure model celebrates innovative design and engineering. A pure building adventure in 603 pieces. The alternative model as part of the typical LEGO Technic 2-in-1 building set is now taking this icon one step further – into the future.

In a very creative and inspirational atmosphere design teams from BMW Motorrad and LEGO Technic joined forces andjointly developed the LEGO Technic Hover Ride complete with innovative functions and the signatory GS flyline allowing all fans to rebuild the BMW Motorrad R 1200 GS Adventure into a unique design concept model that removes all limits to motorcycles and allows imagination to fly without vesting technical plausibility.

“What would happen if we designed a bike together? What would happen if we removed all limits for the alternative model? So we set the BMW Motorrad and LEGO Technic design teams a challenge, a challenge that has resulted in this amazing bike. Collaboration between our two teams was driven by passion and respect for the DNA of each other’s brands. It was fantastic to see how engaged and inspired each team was by working together, but I don’t think either of us ever imagined that this project would turn out as it did. I guess it just proves that you can create anything with LEGO Technic. Even the future”, says Andy Woodman – Senior Design Manager for LEGO Technic.

“It was a great idea and a superb creative challenge to develop a fictitious model from the parts of the LEGO Technic BMW R 1200 GS Adventure set. Our concept not only incorporates the BMW Motorrad design DNA with typical elements such as the boxer engine and the characteristic GS silhouette, it also draws on the LEGO Technic stylistic idiom”, says Alexander Buckan, Head of BMW Motorrad Vehicle Design.

The life-size model of this design concept Hover Ride will be presented today during the LEGO World event in Copenhagen and will travel afterwards to different locations in Denmark and the “BMW Welt” in Munich. 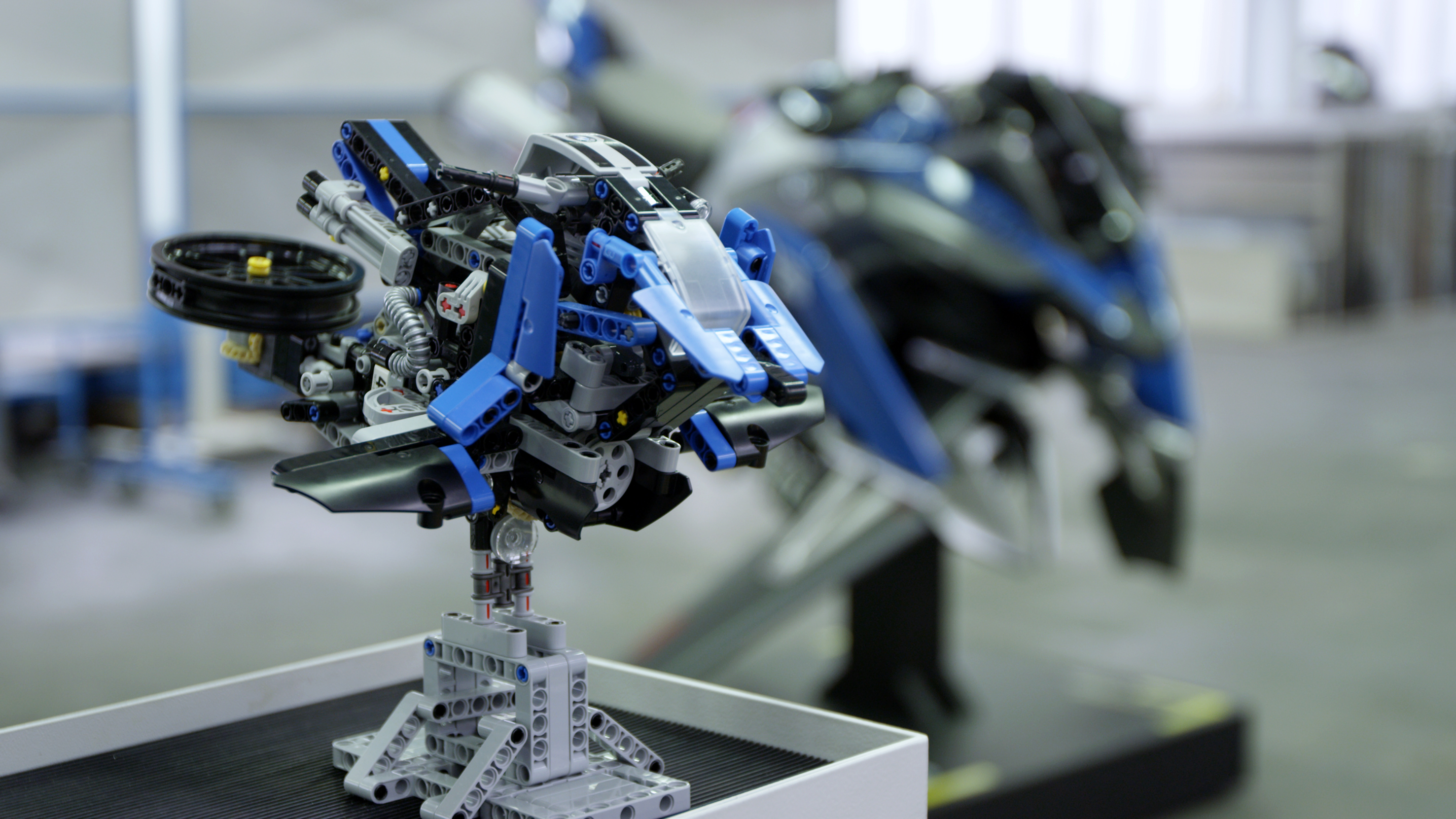