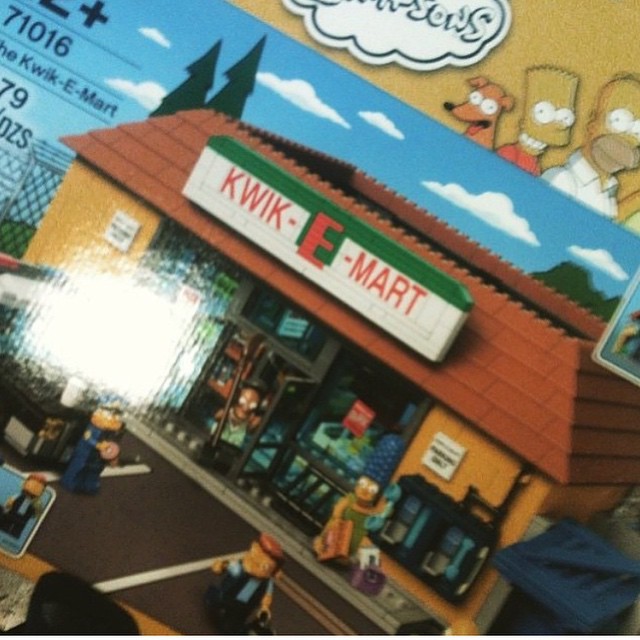 Back in October of last year, we exclusively reported that the LEGO The Simpsons line would be releasing another set this year with the Kwik-E-Mart (71016). Many people were skeptical about the set but we were pretty confident in our source of the news.

Today, there is definite confirmation in the set because there is a leaked image of the box coming from an Instagram post. As you can see, some of the minifigures included in the set are at least Apu, Marge, Chief Wiggum, and Snake who we saw before with the head mold image. In addition to the Kwik-E-Mart building itself, the set also includes Chief Wiggum’s police car. Also note that the E on the store sign is brick built while the other words are stickers.

According to the April 2015 LEGO Store Calendar, there is an exclusive set being released for LEGO VIP members from April 15-30 and I believe that it will be indeed the LEGO The Simpsons Kwik-E-Mart (71016) and will be released to the general public on May 1st. The official images of the set will be out in a few weeks.

So what are your guys’ thoughts on the set now that you seen a little teaser image of it?