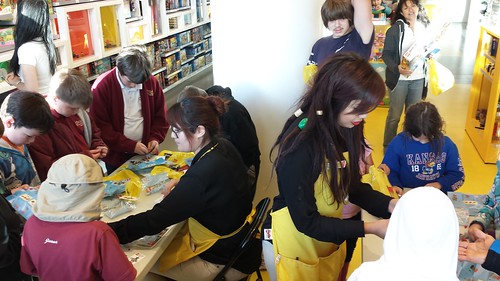 Yesterday was the March 2015 Monthly Mini Build event at LEGO Stores and the build was a Robot (40128). It seems that LEGO has been going for a space theme connection recently with the Monthly Builds this year so far with the Alien (40126) in January, the Space Shuttle (40127) last month, the Robot from yesterday, and an UFO (40129) for April. The event itself was pretty packed, more so than the previous couple of months. It seemed like many kids were building the set inside the store as well. 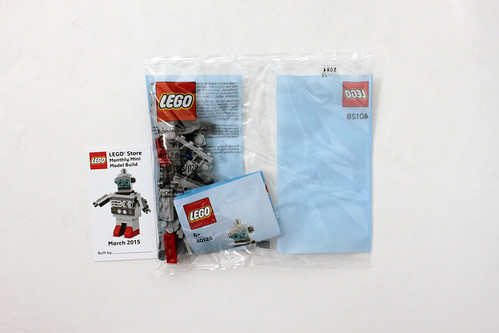 The 50 piece Robot has a cool look to it with some interesting pieces to go along with it. It has a head that swivels a full 360 degrees. The arms are articulated on the newer ball joint pieces. The torso area on the front has a printed 1×4 tile with gauges and dials while the back has a windup key. 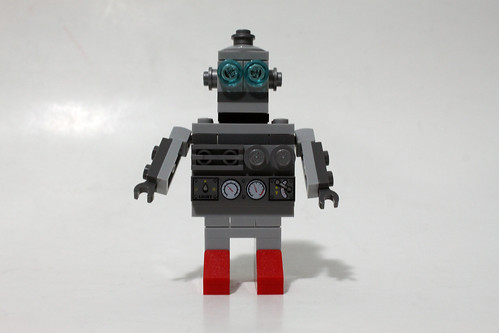 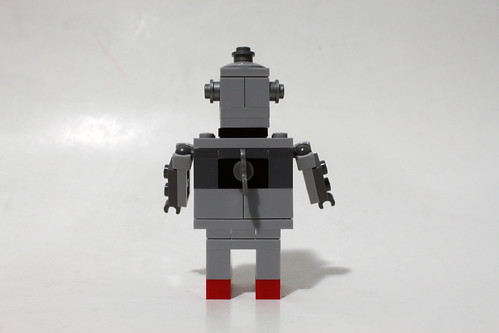 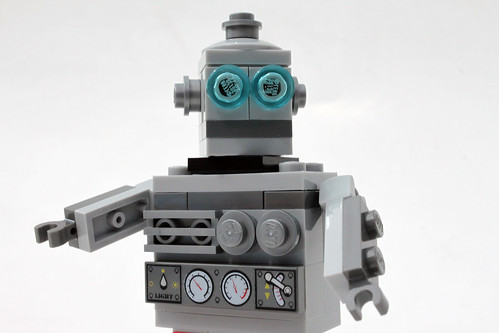 As I mentioned before, the April 2015 Monthly Mini Build will be an UFO (40129) to continue the trend of space-themed builds. 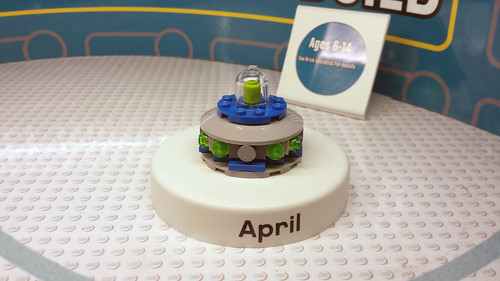