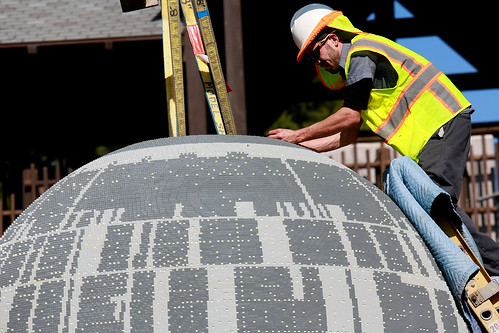 Star Wars Days 2015 will be happening at LEGOLAND California on March 7-8 and the day before that, the park will unveiling the latest addition to the LEGO Star Wars Miniland area, the Death Star. It was created with more than half a million LEGO bricks and weighs almost a ton. It measures 13 feet high by 8 feet wide and will be the largest model at the LEGO Star Wars Miniland. Below are some sneak peek photos of the Death Star being put together.

CARLSBAD, Calif. (Feb. 11, 2015) – The LEGO® Star Wars™ Miniland Death Star Model Display has arrived to LEGOLAND® California Resort! The planet shaped LEGO® model, made out of more than a half million LEGO bricks, stands 13-feet high, 8-feet wide and weighs more than 1,900 pounds. The LEGO Death Star is the largest LEGO model to be added to LEGO® Star Wars™ Miniland and opens to guests on March 5.

Under the watchful eye of R2-D2, a team of builders used a fork lift to maneuver the massive LEGO model into position high above LEGO Star Wars™ Miniland, which opened to guests in 2011. The LEGO Death Star is designed from the version featured in Star Wars Episode IV: A New Hope. The new model display also features the famous trench run scene where Luke Skywalker maneuvered his X-Wing fighter through the combat zone to destroy the Death Star. Below the LEGO Death Star, guests are invited to use their imaginations to construct their own LEGO starships at building stations, while LEGO X-Wings, Tie Fighters and Y-Wings circle overhead.

The unveiling of the new LEGO Death Star on March 5 kicks-off the fan favorite, LEGO Star Wars™ Days event on March 7 and 8, where guests can spend the day participating in Star Wars™ related activities. LEGO Star Wars™ Miniland Death Star Model Display is included in the cost of admission to LEGOLAND California Resort. 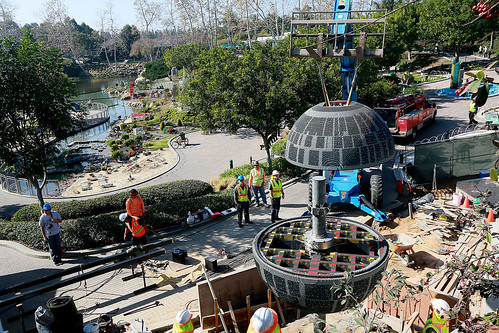 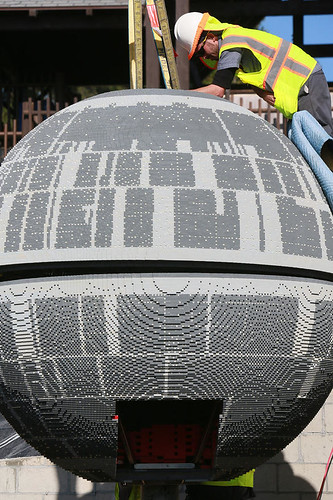 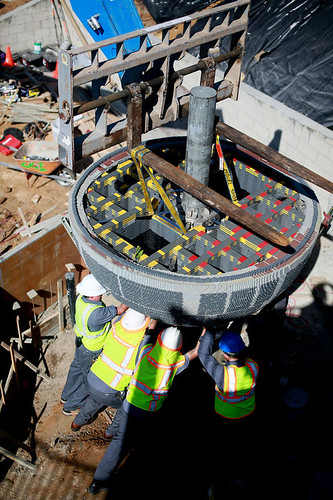 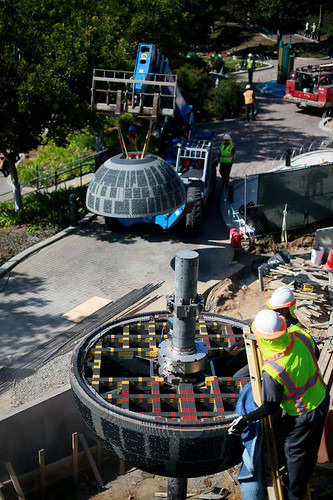 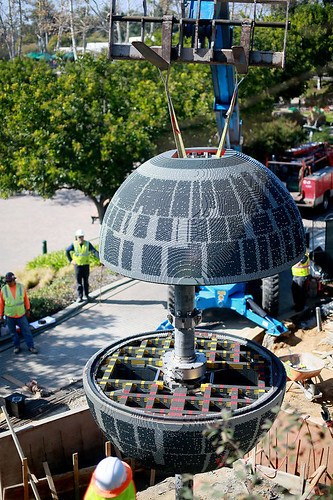