Idle Hands has posted some close up images of the new minifigures from the Series 14 LEGO Collectible Minifigures: Monsters (71010). These images show off the Plant Monster, Bigfoot, Monster Rocker, Zombie Businessman, Skeleton Guy, Specter, Gargoyle, Zombie Cheerleader, and Spider Lady. As you can see from the images aside from the “Monsters” having some great printing, they also have some very neat accessories to go with them like the camera for Bigfoot and the pumpkin for the Skeleton Guy. Apparently, the Series 14 minifigures were shown off at a toy event called Sweet Suite which shows off upcoming toys for this holiday season.

Earlier today, we saw also the Crazy Scientist from the new Argos ad in addition to the Wacky Witch we saw last month in a French ad. This wave of Collectible Minifigures looks to be a definite winner when they are released in a few months. 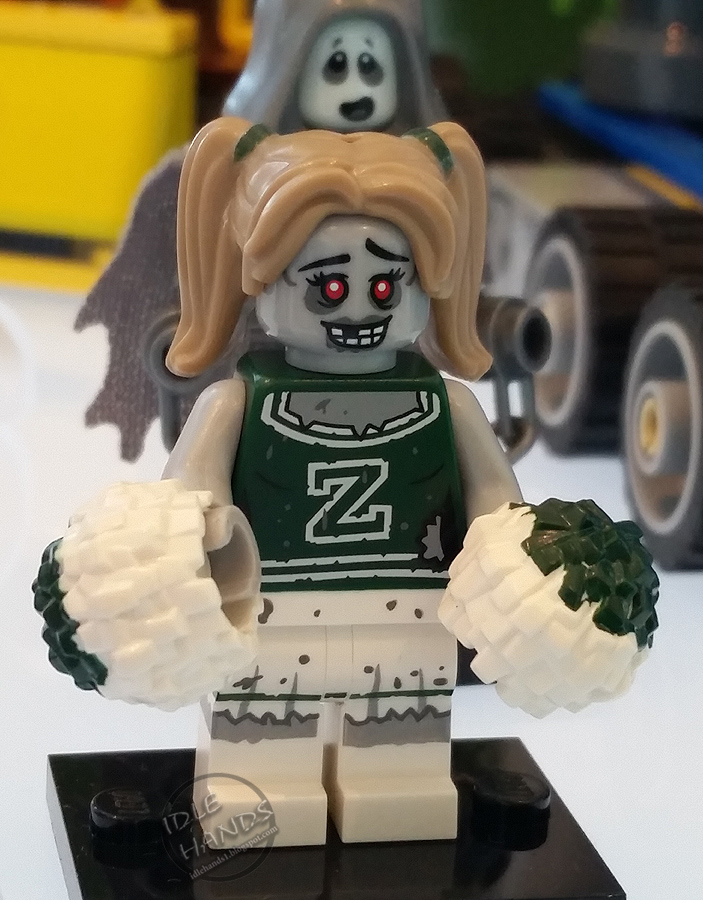