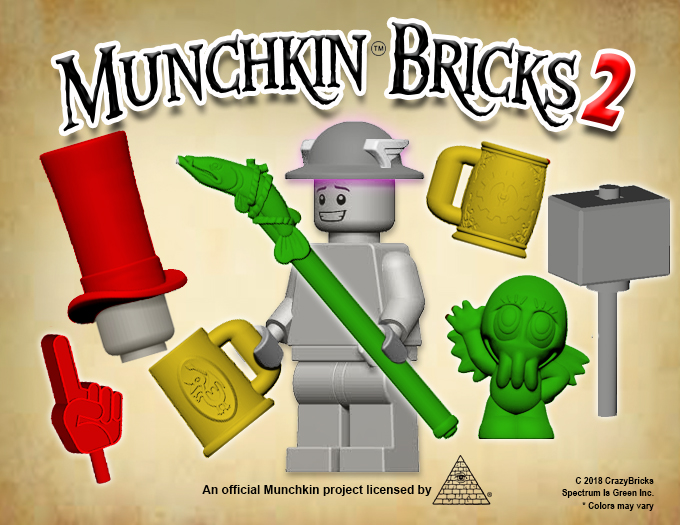 There are also a number of stretch goals to unlock as the project reaches a certain threshold of supporters. As of this writing, it is about 80% funded with 14 days to go on the KickStarter.

CrazyBricks is excited to announce the launch of Munchkin Bricks 2, our latest Kickstarter project!

We’re offering even more Munchkin-inspired custom accessories for your favorite miniature figures, like the Excessively Large Top Hat, Chibithulhu, Spyke’s Hammer, delectable flagons and tankards, and Shakespeare’s Pike, as well as an exclusive Munchkin card and a bookmark included with every pledge!

We are proud to be partnering again with Steve Jackson Games for this Kickstarter campaign.

Our new Kickstarter project includes a variety of detailed, high-quality, colorful collectible treasures to add to your collection, plus plenty of amazing stretch goals, but we need your support to make it all happen!

Find out more about how you can support our Kickstarter here:

Learn more about Munchkin at sjgames.com. 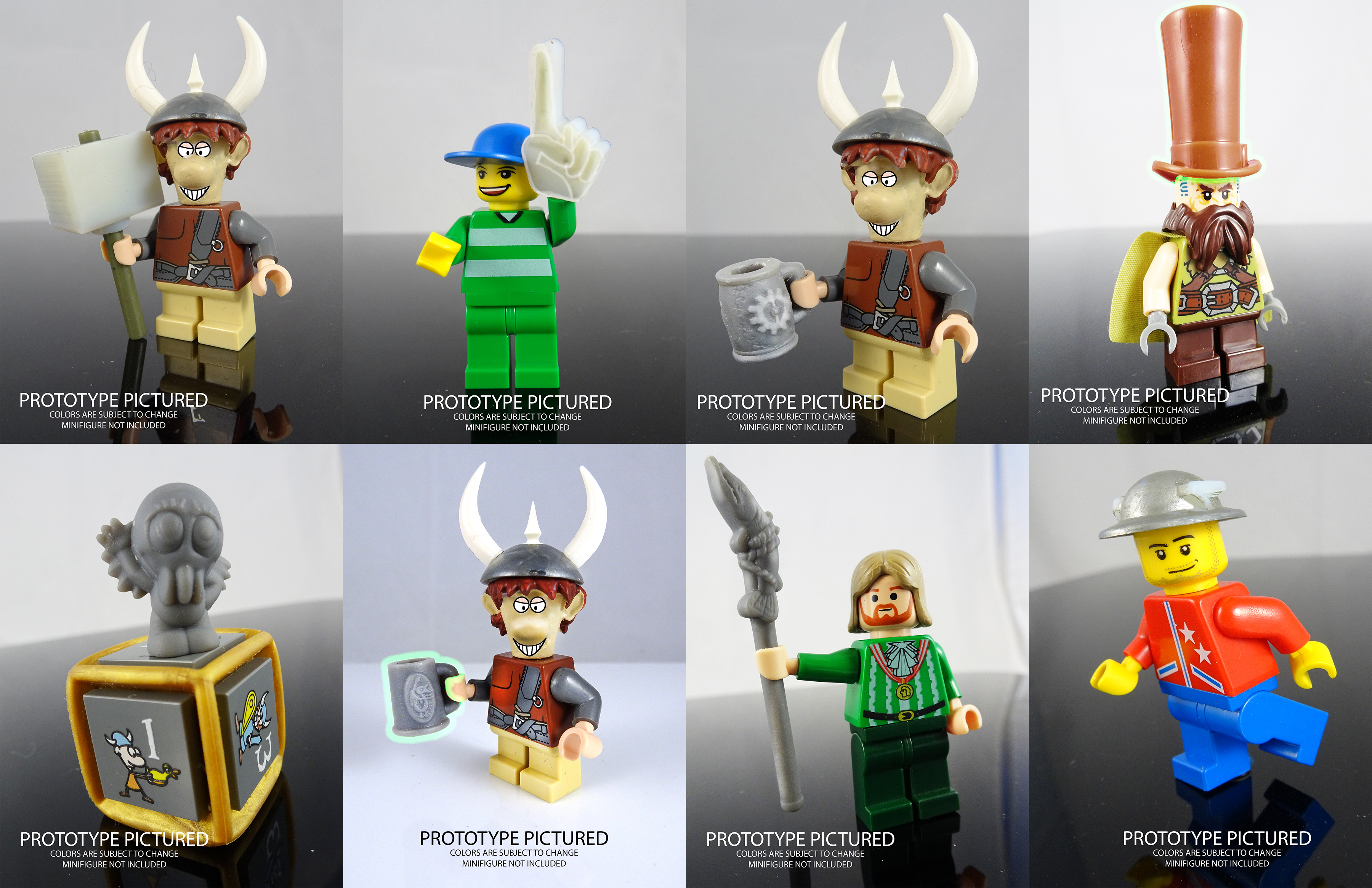