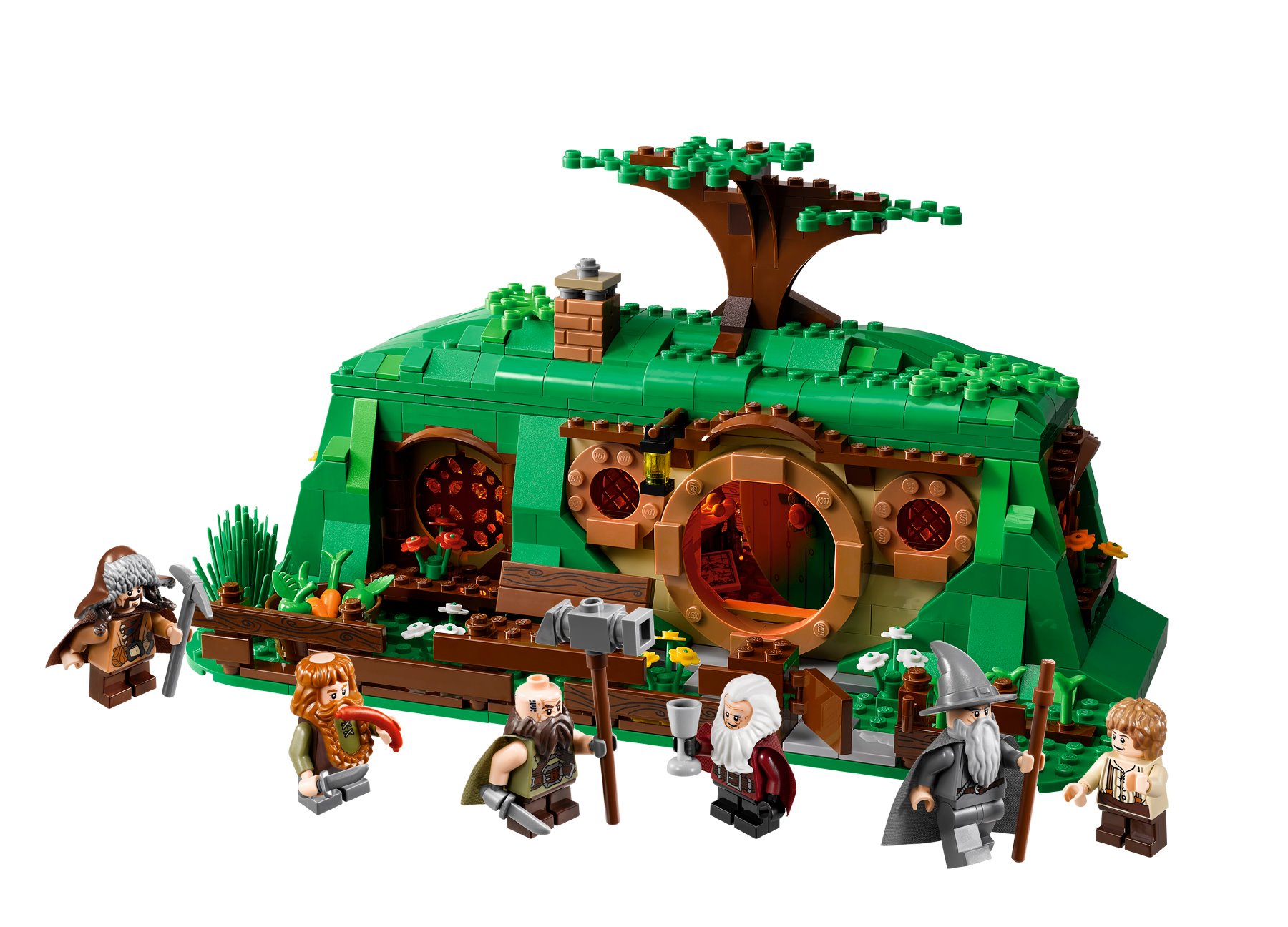 As you may know, LEGO released pictures of the minifigures from The Hobbit a couple of days ago. Today at the 2012 San Diego Comic Con, LEGO revealed one of the new sets coming out in December, An Unexpected Gathering (79003). Here you can see all six minifigures standing in front of Bag End. Below is the description from Brickipedia.

The long journey to Mount Doom begins for Bilbo Baggins at his home at Bag End. Complete surprise to him dwarfs have been found to have tea. But actually they were Gandalf’s character in The Hobbit Bilbo’s door at attention. The wizard Gandalf had in fact Bilbo recognized extraordinary courage of him to give qualified by the dwarves wanted master thief. Thus, even if Bilbo himself can not do anything with this company, this meeting in Bag End to the start of an exciting adventure – a journey across Middle-earth to the Lonely Mountain, where Smaug the dragon guarding the dwarf treasure. After the series with LEGO Lord of the Rings Middle-earth is started, it is expected that the launch of the film The Hobbit in December 2012, accompanied by kits suitable for the film. And the story begins, of course, in Bag End.