If you followed my coverage of San Diego Comic Con, you would know that there was a panel called DC Comics Meets LEGO Art which featured Nathan Sawaya as a guest. There he talked about his upcoming exhibition called The Art of the Brick: DC Comics and today Comic Book Resources has revealed the LEGO Batmobile that he has created for the exhibit. As you can see, it is a full-size Batmobile which was designed by Jim Lee at SDCC and was created with over 500,000 bricks in less than three months and is 18 foot long.

The tour for The Art of the Brick: DC Comics will open at the Powerhouse Museum in Sydney, Australia on November 22. 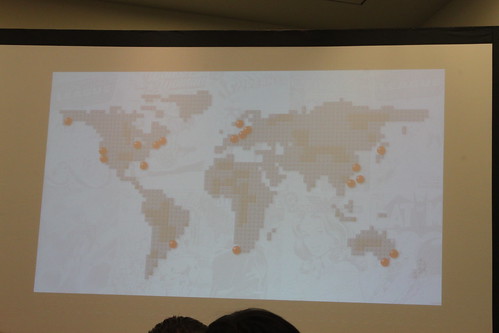