2016 went by just like that it was a very eventful year here on The Brick Fan. Like with previous years, I’m going to go take a look back at what happened on the site last year. Because I love looking at stats, there will be some of that.

We ended the year with 9,416,861 page views which remained steady from 2015. There was some growth in terms of unique visits which went up 3% from the previous year while first-time visitors also went up by 3%. 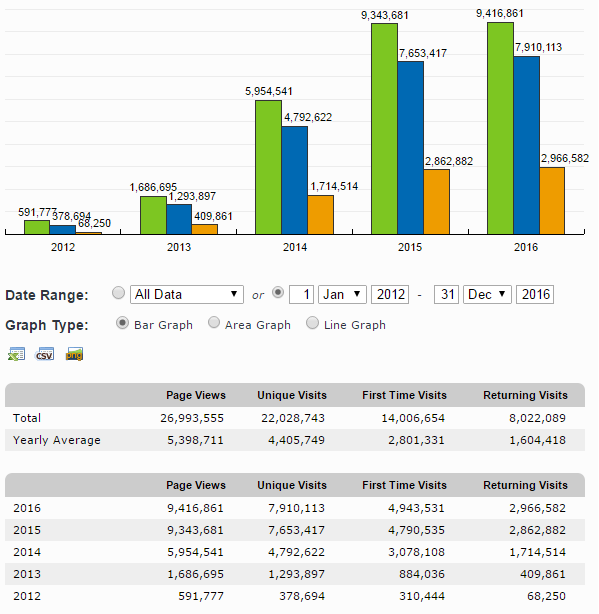 Monthly-wise, we averaged about 780.000 views per month with January being busiest month when we hit 1 million page views for the first time ever. Hopefully we can replicate that this year with the Toy Fairs coming up. Our highest recorded day was January 26 when we had 65,906 views. 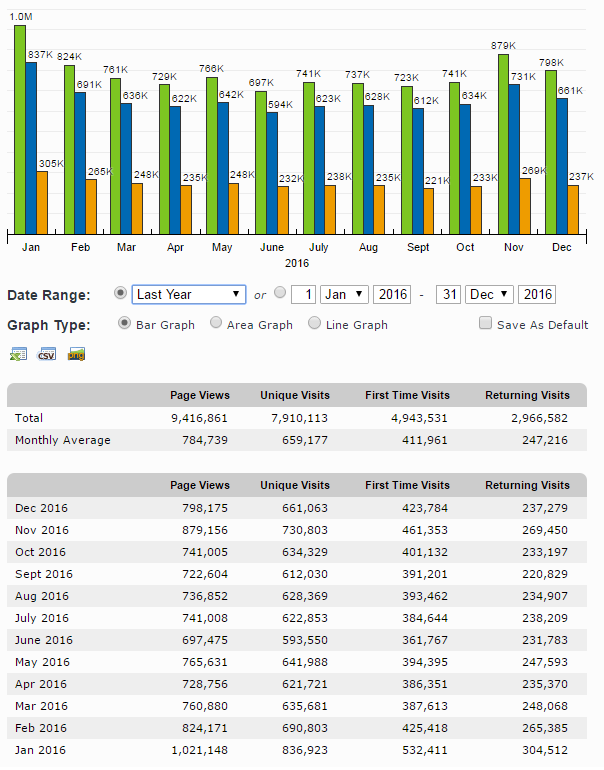 Since we’re in the age of technology, one new thing that we’re taking a look at is devices used to view the site. Mobile devices used actually increased by 15% from 2015, while desktop and tablet use decreased by 6% and 10%, respectively. This means that many of you are switching to your mobile devices to check out the site instead of the traditional route. I have a feeling that this trend will be continuing for 2017.

As far as social media is concerned, we’ve been a little more active on various sites. Over on our Facebook Page, we ended the year with 11,153 likes which was a 39% increase from 2015.

One thing we’ve been way more active on is on Instagram where we ended with 4,571 followers.

Finally on Google +, we’re still steadily growing with 2,205 of you guys.

We’re always striving to grow and I feel that we’ve grown a lot in the past year. We did have 806 total posts in 2016 which was down again from the previous year but again, they are more quality posts and not just fluff to drive traffic. Engagement grew overall with a total of 3,968 comments just on the site alone. I’ve done a recap on the top posts and reviews so you can check those out if you want.

Now on to the other stuff that’s related to the site but not part of it. We’re still part of the LEGO Ambassador Network and we’re still working with the LEGO AFOL Relations & Programs (ARP) team to bring you reviews of various sets as well as LEGO announcements. Thank you to Kim and everyone involved to make everything running smoothly.

I’ve had a pleasure to meet some great folks in the community last year who I’ve known about but haven’t met before, especially during San Diego Comic Con. We’ve also gotten more credibility as far as a LEGO fan media site where we’ve gotten to interview developers and such like for LEGO Dimensions which is pretty cool.

I’ve said this and I’ll say it again, this all wouldn’t be happening if it wasn’t for the readers. You guys are the real Brick Fan. I’ll continue to put out news and reviews as I have done but I’m also looking to expand a little more on the site. What kind of posts do you guys want to see more of in 2017? MOCs, sales? Let me know in the comments and I’ll see what options there are.

Thank you everyone for a great 2016 and I look forward to seeing what 2017 has to bring.