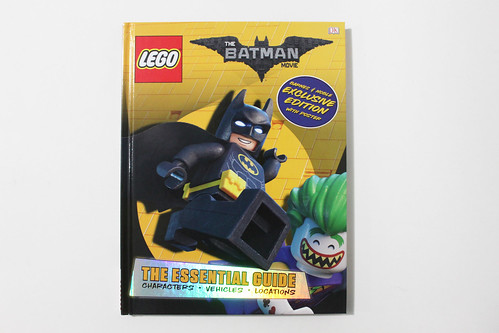 I’ve just picked up the Barnes & Noble exclusive edition of The LEGO Batman Movie: The Essential Guide and in it, there are images of some rumored summer 2017 sets that I’ve previously reported on.

The first is the Batwing that is said to be released. The book calls this version of the Batwing the “Black Thunder.” Further along in the book in the villains section, we get a look at some of the other sets that were rumored to come out in the summer. The first is Two-Face with his wrecking machine. Next to him is Harley Quinn with her vehicle with a cannon that was going to be a part of the Black Thunder Batwing set. On the next page, we get a look at the Scarecrow Scarecopter. Finally, there’s a look at the Bane bigfig along with his six-wheel vehicle.

You can now purchase The LEGO Batman Movie: The Essential Guide over on Amazon but the Barnes & Noble version also includes a poster with it. I’ll review the book in the next few days.

The perfect companion to LEGO Batman’s first solo movie, The LEGO® Batman™ Movie: The Essential Guide showcases the full range of exciting LEGO Batman sets and minifigures that will be released to tie in with the film’s release. Heroes, villains, vehicles, and locations are all explored in classic DK style, with lively and informative nonfiction text to annotate and expand upon lavish reference images of LEGO Batman sets and scenes from the movie. 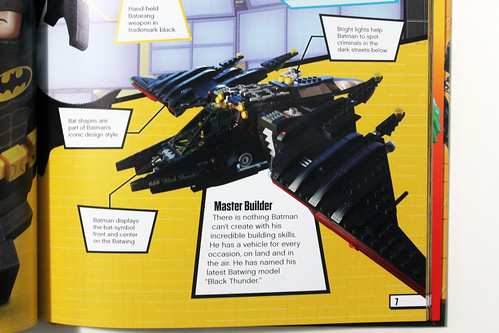 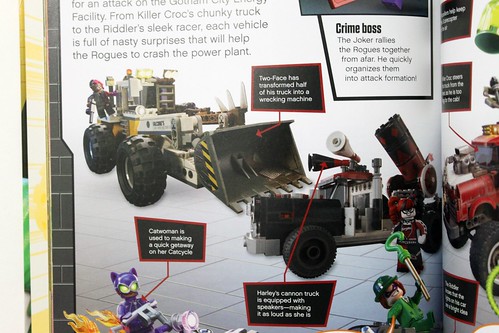 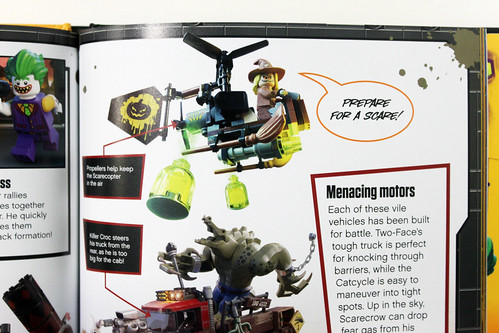 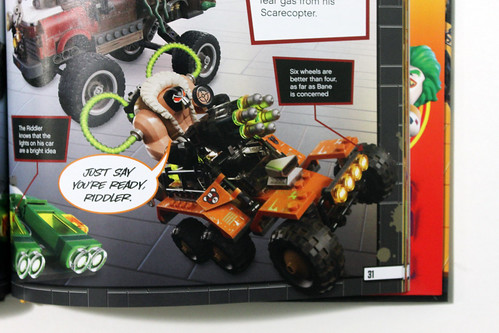