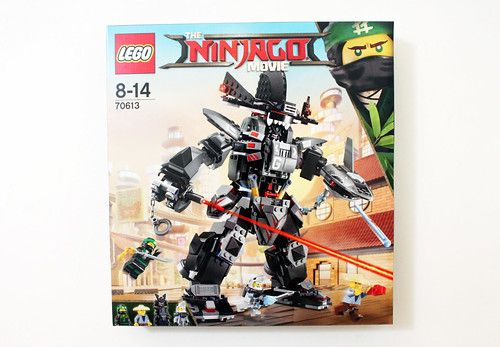 Continuing with my reviews of The LEGO Ninjago Movie sets, the next one I’ll be reviewing is the Garma Mecha Man (70613). We’ve seen it in action in the official trailer and now we have him as a set as well. It contains 747 pieces and retails for $59.99. 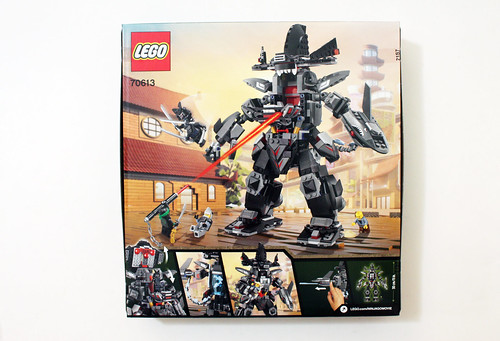 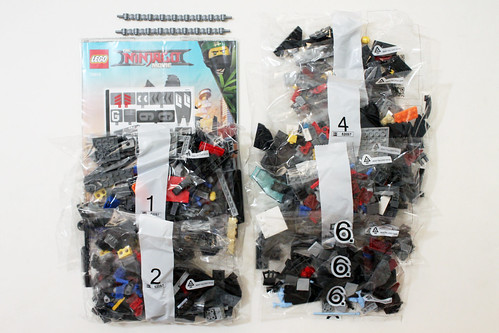 Who other to go up against Garmadon than his son Lloyd. He has his green outfit that I’ve reviewed before. Again, he wears a two-piece mask that we’ve seen the ninjas wear in this wave. He has a double-sided head which one side shows a confused look while the other is an angry one. His accessory is his sword with a pearl-gold tassel on the hilt. 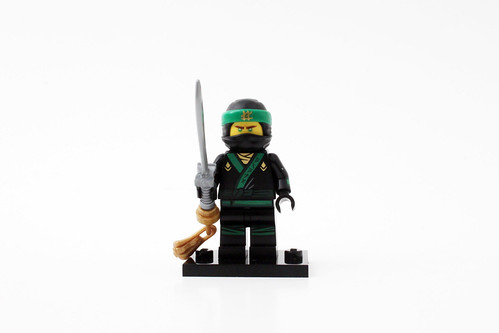 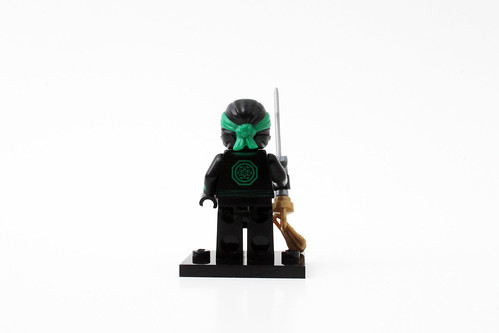 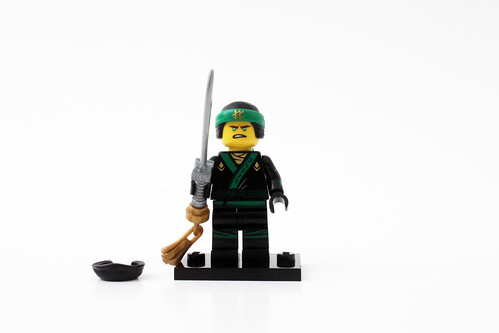 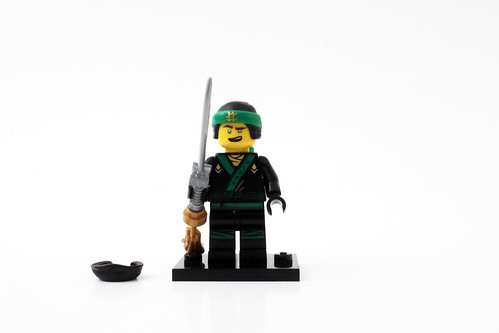 This version of Pat has her in a different outfit than the one in the Ice Tank (70616). She has on a lighter blue robe with some brown pants. Her face print is the same scared one as from before. She wears a tan straw hat with a red camera as her accessory. 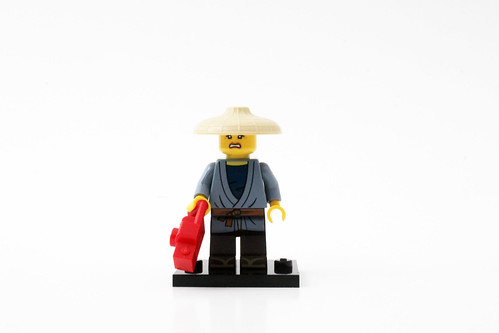 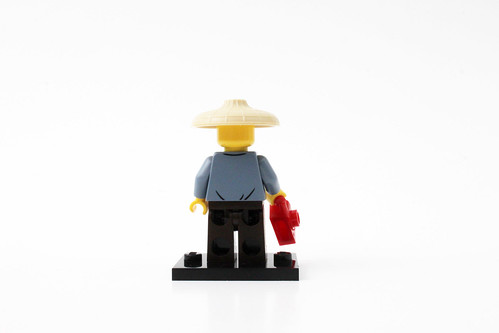 Garmadon is the same minifigure as in the Green Ninja Mech Dragon (70612). The only difference is that he does not have the cloth piece from before. Again, he has an angry expression while wearing his kabuto helmet. His accessories are four katanas. 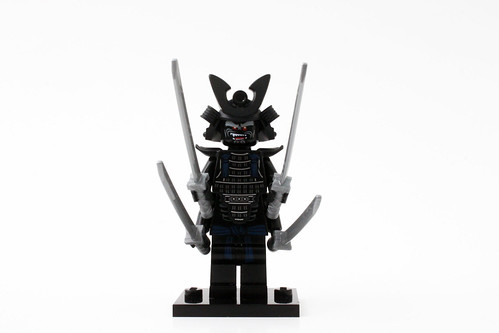 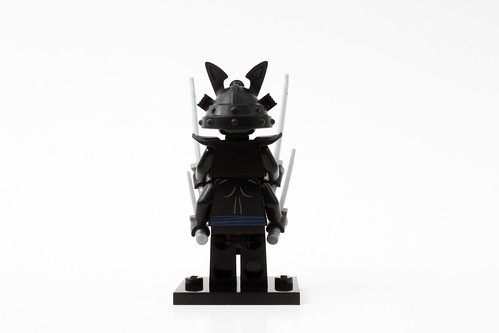 Like with most of the minifigures in this set, Great White is not a new minifigure as he has also appeared in the Manta Ray Bomber (70609). He has the same torso and legs as we’ve seen before from Garmadon’s army. He has an air tank in the back with the large shark head and armor piece. His accessory this time is a fish spear. 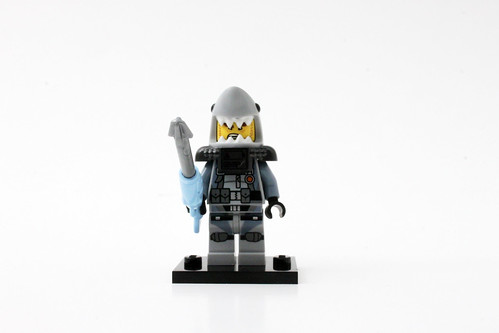 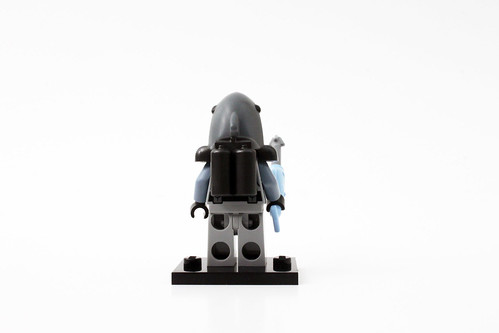 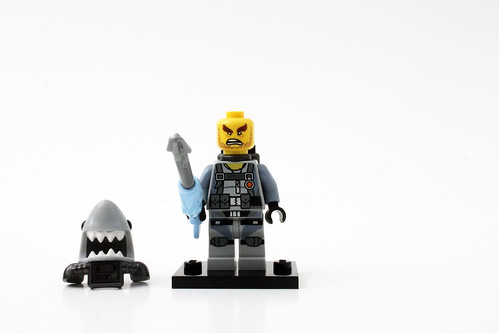 The Garma Mech Man is about the same height as the Fire Mech (70615) and the overall build has a similar style as well. The head is on a hinge and has a shape reminiscent of a shark. The bottom of face is actually towards the upper part of the torso which also opens up via a hinge. This part is also the cockpit and it allows Garmadon to stand in the mech. There is a stickered 2×2 tile for the display. 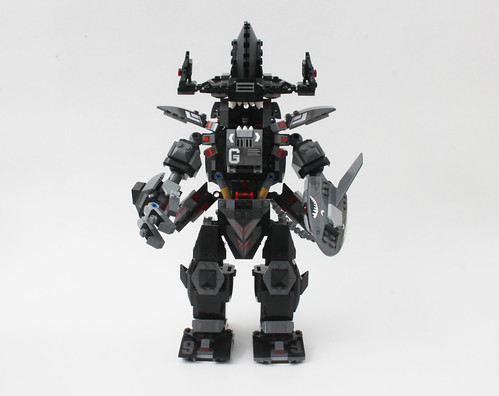 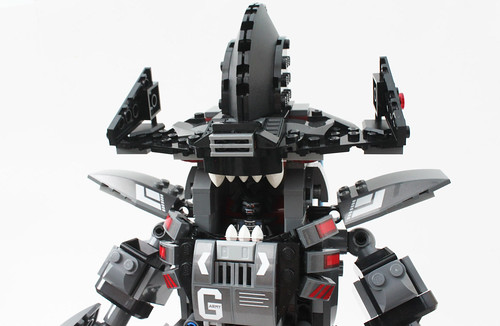 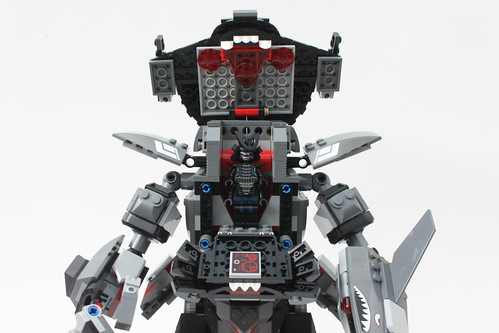 On the back of the torso, there is a fish tank that holds a couple with a warning sign that says do not feed. One either side of it are some clips to hold an additional missile and a laser pointer keychain. 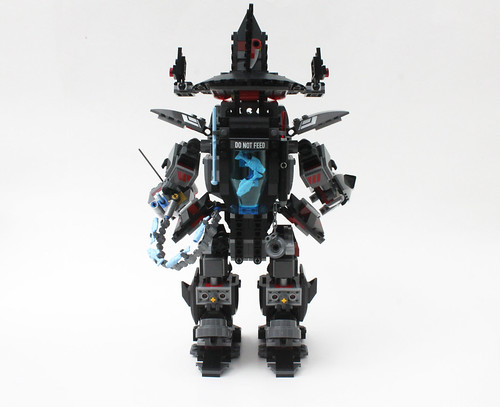 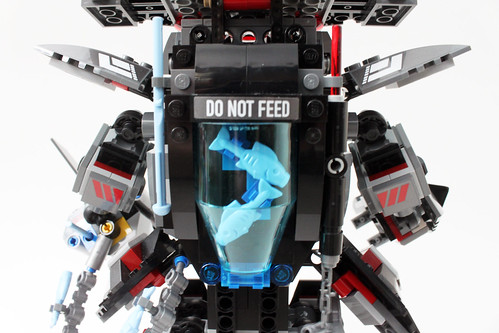 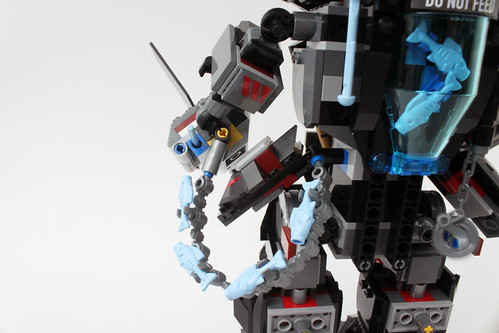 For the arms, they are different with their unique characteristics. Both arms are on ball/ratchet joints and the elbows have them as well. The left one is of the shape of a shark features a blaster which has a spring-loaded missile. There’s also a fish ammo chain that is connected to the arm that goes to the hip armor. The right arm is basic arm with some finger articulation using a ball joint for the thumb and hinges for the other fingers. 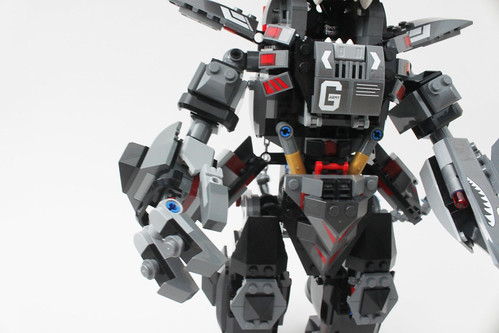 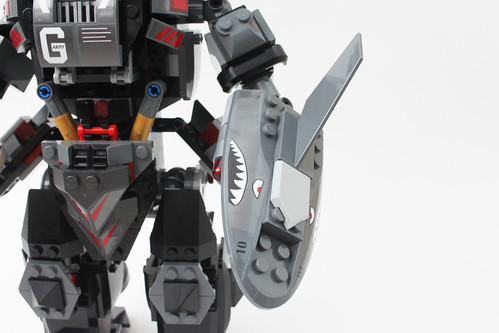 At the lower torso around the hip area, there is an armor plate on a hinge that hides the hydraulics. On the sides of the hips, there’s are a couple more armor plates. The legs are massive which is why there are two ball ratchet joint used to support the mech. The front of it gives off a Power Rangers Dragonzord Fighting Mode feeling with the large armor plates at the upper legs. The feet are on ball joints however like the Fire Mech, there are now articulation at the knees which was one of my turnoffs from the previous set. On the back of the legs, there are a couple of boosters. 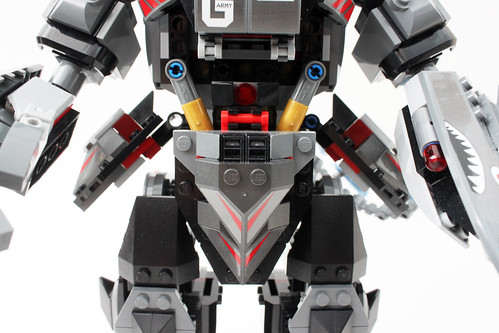 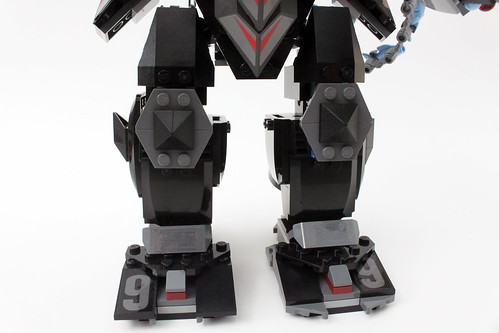 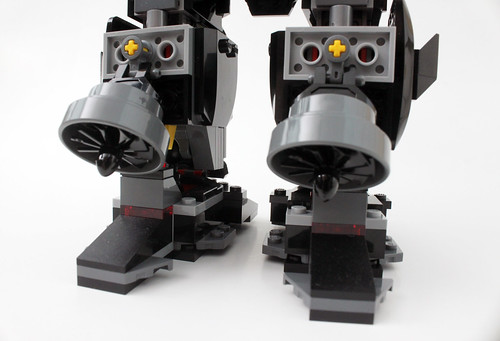 As I mentioned before, I really liked The LEGO Ninjago Movie Fire Mech (70613) but the Garma Mecha Man (70613) doesn’t do it for me personally as the Fire Mech did. The head is somewhat awkward looking and is very floppy due to it only being held on by a pin. The arms are decent but has fairly limited play features. I do like the look of the legs but the feet look rather flat. 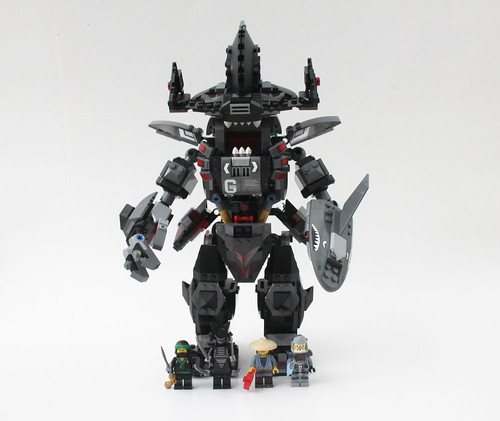 If you’re comparing the Garma Mecha Man to the Fire Mech height-wise, it is a little taller if you don’t count the flags on the Fire Mech. In the trailers, the Mecha Man looks pretty menacing but it doesn’t really translate well into this build. 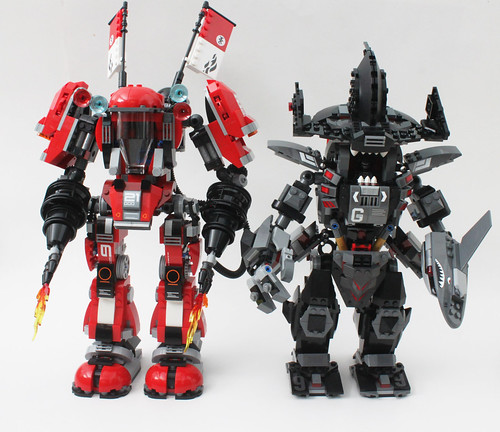