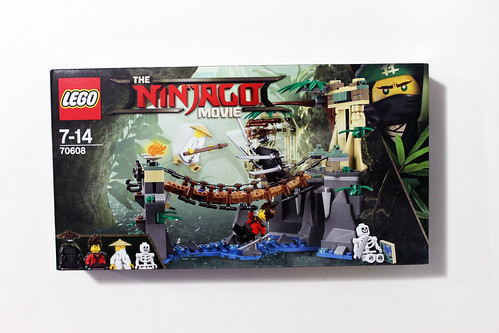 Continuing with my reviews of The LEGO Ninjago Movie sets, my next one I have on hand is the Master Falls (70608). Comingin in as one of the lower-end parts sets for TLNM, it consists of 312 pieces and retails for $29.99. 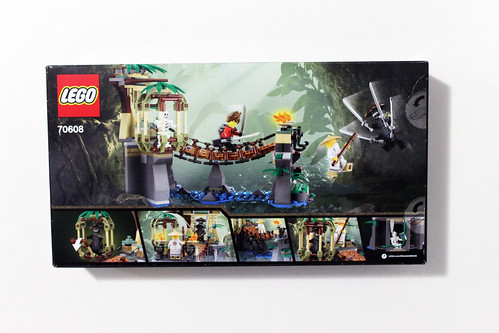 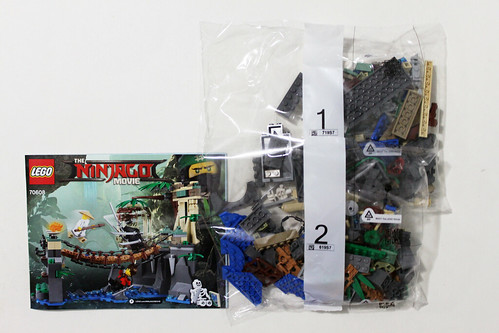 Kai has on his usual red outfit that we’ve seen before. He also wears the armor piece with the double sheaths in the back for his katanas. Like before, he has a double-sided head with a nervous smile on one side and an angry look on the other. His hair piece is a new spiky mold that only appears in this set and another TLNM set. 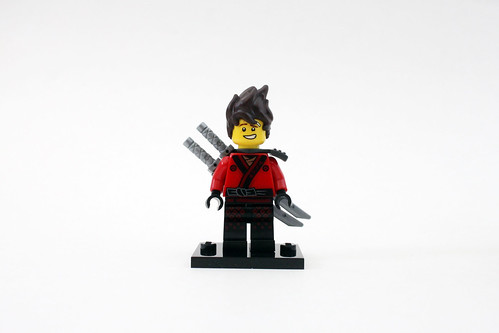 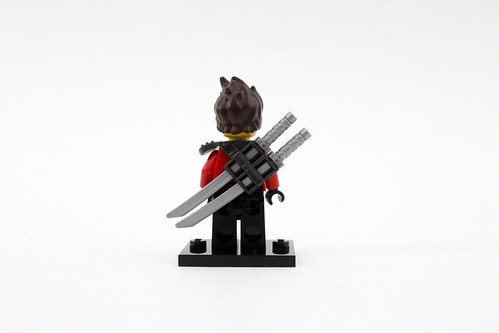 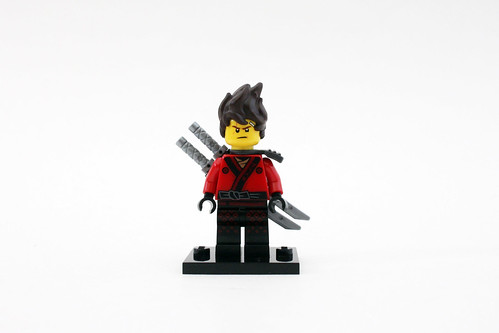 Master Wu has on his white robe with tan legs along with the cloth skirt piece that goes between the torso and legs. Since he’s the exact same minifigure that I’ve reviewed before, he also has the tan straw hat and staff. 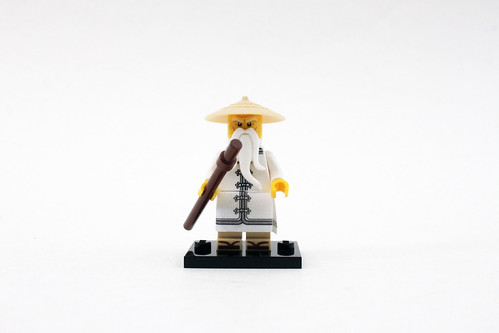 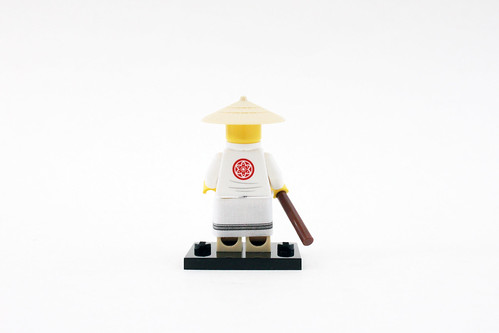 Jungle Garmadon has a slightly different look than the other Garmadon minifigures we’ve seen. For this version, he has a bare chest on both torsos and he also wears some brown pants. Other things that Jungle Garmadon has include a dark brown straw hat as well as a olive green shoulder cape. His accessories include four katanas. 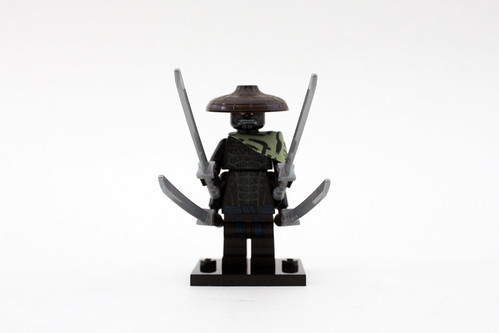 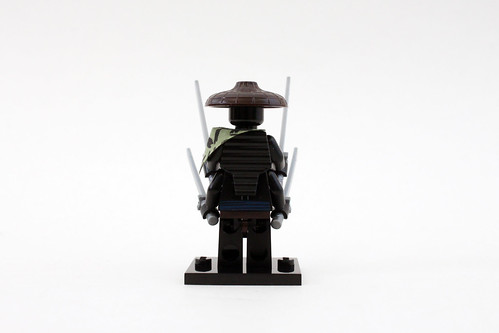 On the smaller side of the bridge, thera are some steps going up the rock formation to the bridge itself. At the top, there are a couple of fire pits on the columns as well as some scorpions. 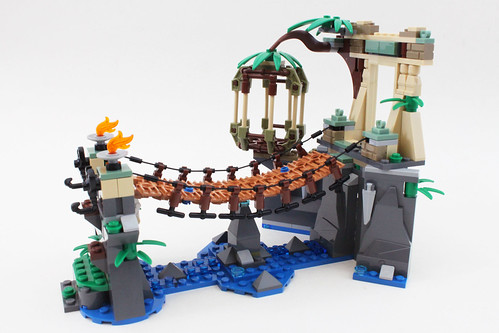 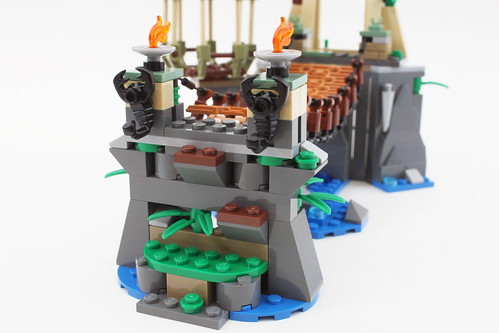 The rope bridge consists of some pretty rare nougat-colored track pieces that only appeared in a LEGO Elves set a few years back so it’s good to have more of them. On two of the holes on the bridge, there are a couple of Technic pins to hold the minifigures there for some action scenes. There are also some clip and handle pieces used as decoration for the bridge. 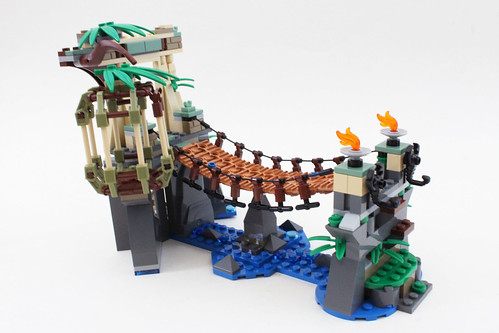 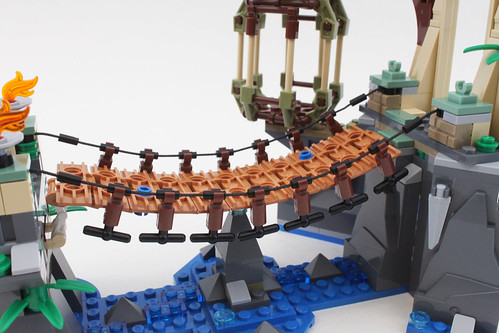 On the other end of the bridge, there is a larger rock formation with a lot more detail than the other side. In the middle is an entrance archway using some tan microfigures which could suggest some sort of ancient tribe. On the left side, there is a cage that is able to open up for a captor. 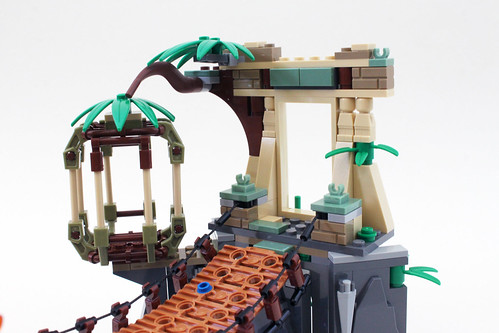 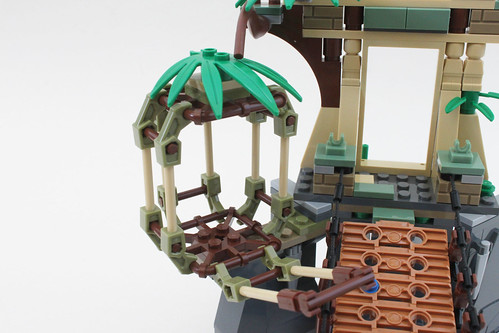 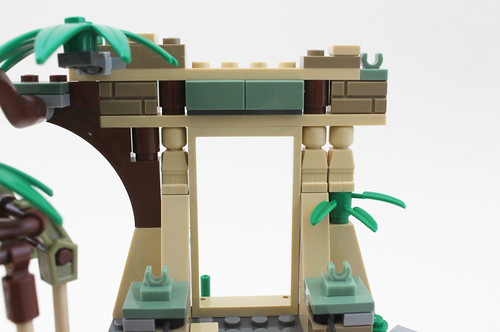 Finally, on the back side of the bridge is a hidden cave which has a skeleton holding a dagger and a secret map. The map is a printed 2×2 tile which shows the Destiny’s Bounty heading towards the Temple of the Ultimate Ultimate Weapon. 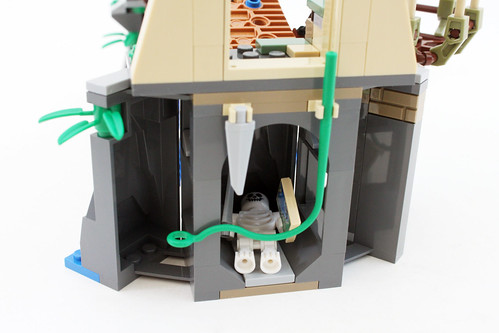 The LEGO Ninjago Movie Master Falls (70608) feels somewhat of a mediocre set. The whole bridge area is a decent looking build but it lack play features. The only action feature is the cage but even that isn’t too good. 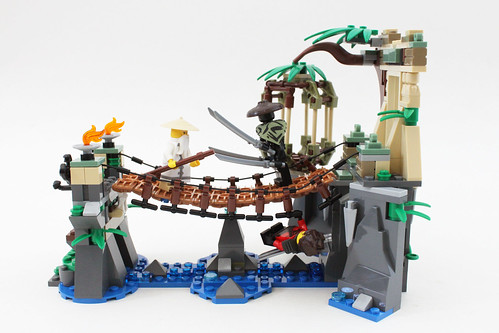 Even with the limited playability, the set does still make an excellent landscape piece. I do like how the bridge is created and a the design of the archway. I think that these features could be used for other themes as well. Even if you don’t collect Ninjago, there is a good number of fairly rare parts in this set. 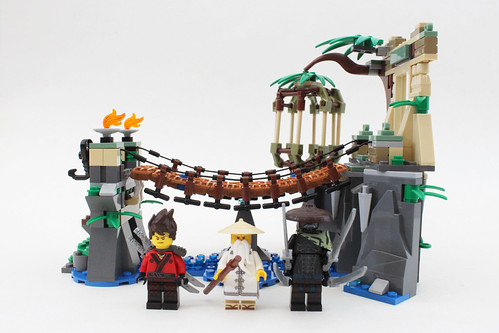