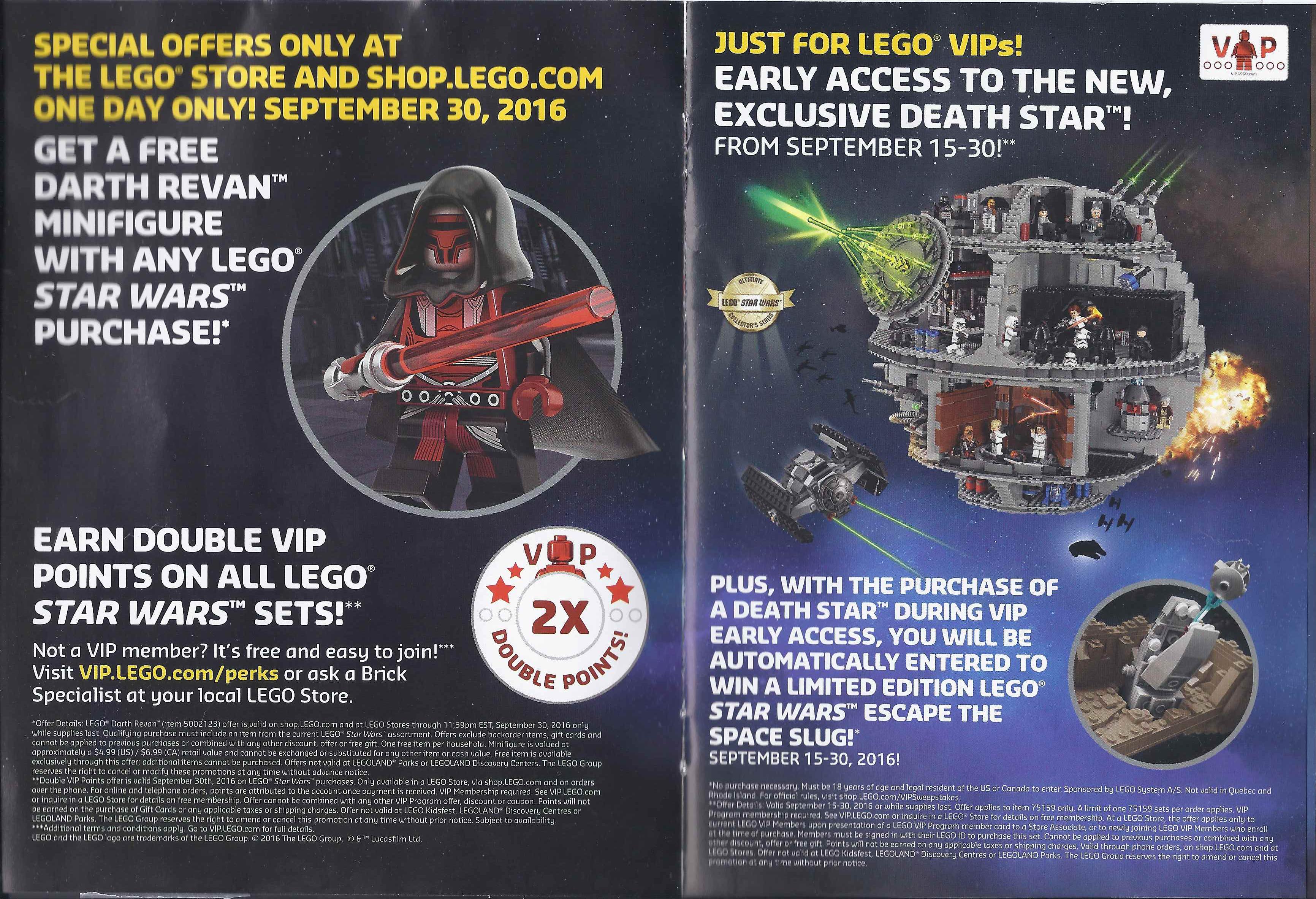 If you missed out on the LEGO Star Wars Darth Revan (5002123) minifigure back in 2014 or the then LUG member only Escape the Space Slug set earlier this year, there are some promotions that LEGO will be running for you to be able to get them, at least for guaranteed one of them.

First is the Darth Revan minifigure that will be given away with any LEGO Star Wars purchase at LEGO Stores and on [email protected] on September 30, 2016, while supplies last. Doesn’t look like there’s any other stipulations on it so that’s good. Plus, Force Friday 2016 for the Star Wars: Rogue One sets will be available so it’s pretty easy to get Darth Revan if you plan on purchasing something. Be sure you make your purchases then since this promo is only valid for that day.

For the Escape the Space Slug set, you have to be a LEGO VIP member and purchase the UCS Death Star (75159)

during the VIP early access timeframe which is September 15-30, 2016. After you do that, you’ll be automatically be entered to win one of the limited edition sets. There’s a limit of one Death Star purchase with a particular VIP number so you can’t have multiple entries.

Update: I’ve been notified that over on the sweepstakes page, you can also enter without making a purchase.

1) Send us an email at the address below, with the following information:

2) Send the email to [email protected]