While I was at the LEGO Store yesterday taking pictures of the new Pick-A-Model sets on the Pick-A-Brick wall, I also got a chance to take a look at the Build-A-Minifigure bar as well. Like with the PAB Wall, the Minifigure bar was also changed out on the first of the month with some elements that haven’t been there, at least to my knowledge. There might have been some parts I missed while I was there so I may update the images when I go to the Mini Model Building event on Tuesday.

For the torsos, I like the inclusion of the Space minifigure floating and the airport crew ones. 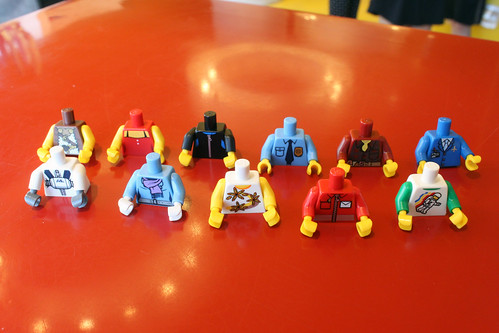 For the legs, I feel like I missed a couple but below are the ones I found. 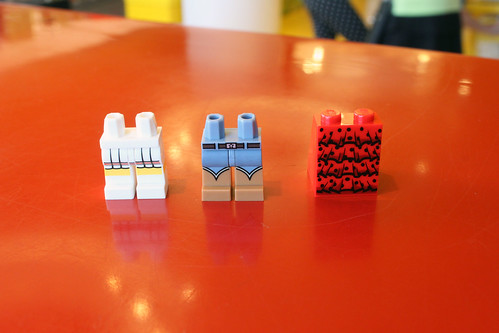 There are a bunch of great accessories that are in this quarter including the pretty rare brown cat and the seagull which only came with the Sea Captain from the Series 10 Collectible Minifigures. The armor piece is also pretty rare because it only came with the Heroic Knight from Series 9. The 2×2 tile pieces are pretty neat which are from the Galaxy Squad theme. I think I’ve also seen the gray katanas for this quarter but I wasn’t able to find them. 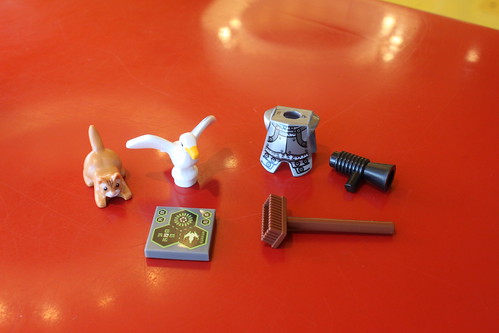