Now that April Fools Day is over, I think it’s time for me to explain myself for the evil post I did yesterday. During the whole year, I’m mostly serious with the news that I report on and April 1st is the one day that I get to have a bit more fun, maybe a little too much. Some readers caught on quickly to the post while some took it seriously and for that, I apologize. I like to also apologize to the LEGO Stores who received calls regarding this matter. Please do not call your LEGO Store asking about old Modular sets returning this weekend. They aren’t coming back. Period.

There was a subtle hint in the “press release” that sort of gives the joke away. The set numbers of the Cafe Corner and Green Grocer were switched around. Again, some readers saw that mistake while many others didn’t notice it at all. As a result of this mean charade, I will be retiring from the April Fool’s jokes and will not be posting anything next year. As a warning, never trust anything on April 1st or even the day before which was when I posted my “news”.

Anyways, other LEGO sites in the community also had some April Fool’s shenanigans of their own yesterday. Below are some of the ones I know of and if I missed any, leave a comment below and I’ll add it to the list.

LEGO themselves announced LEGO Glasses to help you find missing bricks or filtering bricks to find the color you need.

Brickipedia announced that Disney bought out The LEGO Group and revealed changes to future LEGO themes.

Eurobricks announced that they were also bought out by Disney and changed everything on the forums to reflect it including changing the site name to DisneyBricks.

Just2Good on EB revealed from his trusty source of Disney Series LEGO Minifigures coming in 2016. Some details included Pixar being mentioned and no LEGO The Simpsons rumored for first half of 2016.

Brick Fanatics announced that LEGO was rebranding and the company would be called LEGOS. LDraw.org sent out a press release stating that the are going to allow digital replicas of LEGO clone bricks in the official parts library.

BrickNerd added a new feature called Ask A Sloth! which is similar to The Brothers Brick’s Ask A Lemur! column. Speaking of The Brothers Brick, they’ve did four jokes yesterday. The first one was a Pay-2-Play system where you donate to the site to get your MOCs featured. By clicking the link, you get Rickrolled. 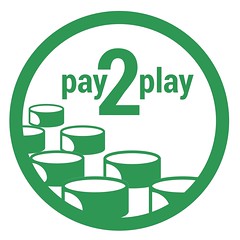 The second one by TBB is a Carl’s Jr El Diablo Thickburger coupon which takes you to a Soccer Goal Celebrations video.

TBB’s third joke is for their Cover Photo Contest in which the winning photo choice was an image of the Mega Bloks Halo UNSC Elephant set. Plus you also get Rickrolled again along with all the Carl’s Jr endorsements. 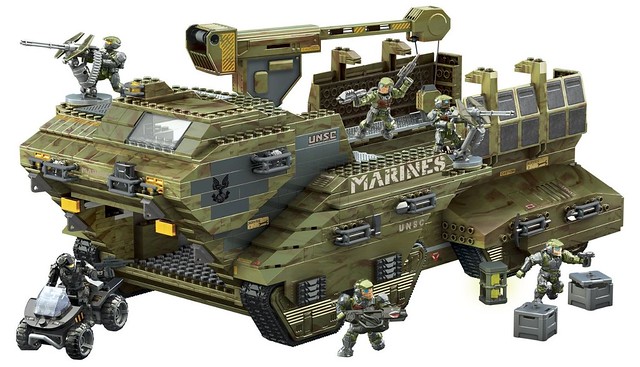 TBB’s final April Fools joke is a review of the LEGO Glasses by Iain Heath.

Brickset joined in on the fun with the results of the Mixels Series 4 building competition. All the winners were Brickset admins or their family members. 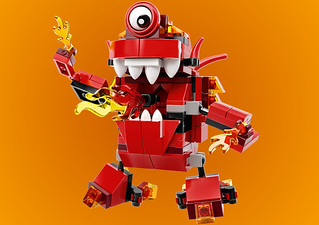