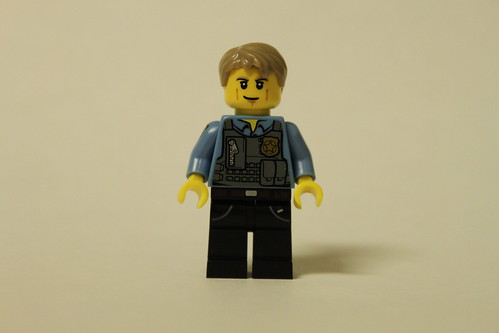 In September, we reported that the LEGO City: Undercover game will be coming out on the Nintendo Wii U and a couple of days ago, we saw the first image of the polybag for the Chase McCain minifigure. Target stores are now selling preorders of the game. For $1, you get a reservation card as well as the polybag for the minifigure attached to the back. You also get a LEGO City: Undercover collector’s card. For a limited time, if you purchase the game when it is released on November 18, 2012, you get a FREE $5 Target gift card. There were a few of the minifigs on the racks so I decided to purchase all the ones they had as you can see below. 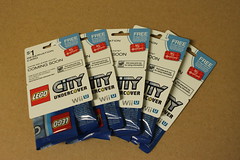 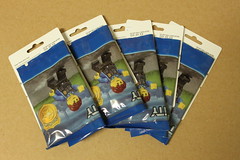 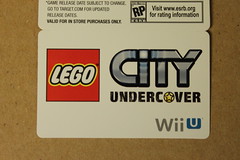 The packaging is in a standard blue LEGO City polybag featuring the Chase McCain minifigure as well as his badge on the upper right hand corner. On the back, there’s nothing much to see except for a warning message in different languages on the left and distribution message on the right. One thing to notice is that the components were made in China. 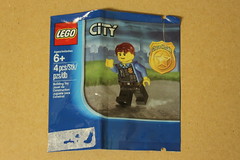 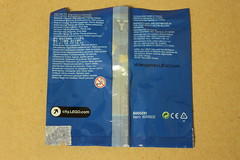 For the minifigure, Chase McCain is dressed in his police uniform. He has tan hair and has a single-sided head. On the front, you can see that he’s wearing a blue shirt with a gray flak jacket over it. Detailing on the jacket shows some storage compartments as well as his badge which is the same one on the polybag. For the lower part of the body, he has a brown belt and black pants with pocket details.

On the back, you see the other side of the flak jacket. There’s a big “POLICE” across the back with more storage compartments below it. The pants on the back does not have any detailing.

What is interesting is on the right arm of Chase. A badge printing is on the shoulder area of the arm. The left arm is blank. There are no accessories included with the minifig. 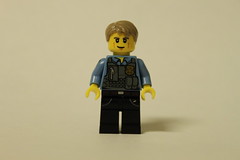 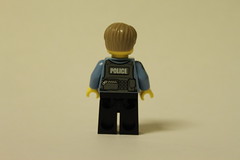 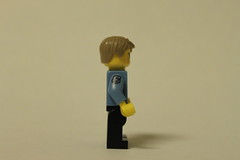 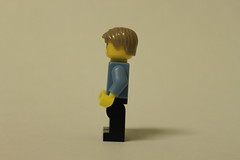 Chase McCain is a very nice minfigure that you can get for way cheap for a short time to add him to your LEGO City collection. As for the game, I’m not sure if I’m picking it up as of yet, but for $1, I suggest buying all the ones you can find.

Also, remember to enter my contest for a chance to win one of these minifigures.