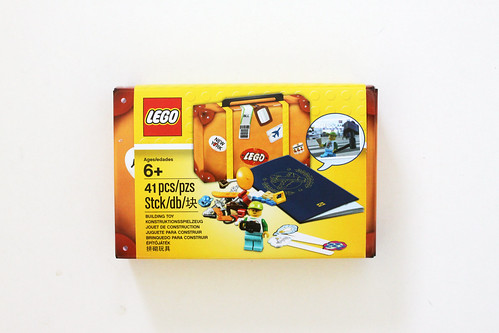 Earlier this month, LEGO had a promotion for the Minifigure Travel Pack (5004932) with purchases of $35 or more. Here’s a little short review of the set with something special at the end.

The box that the Minifigure Travel Pack comes in has the design of a suitcase with printing of stickers throughout. Inside the box, there’s more printing of various LEGO elements that people may take on a trip. 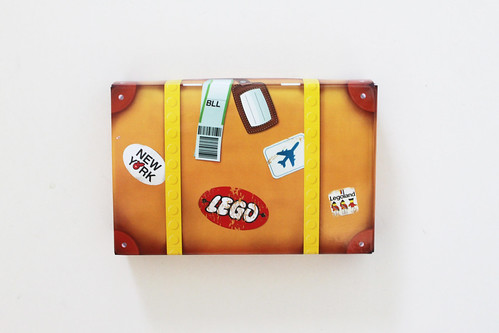 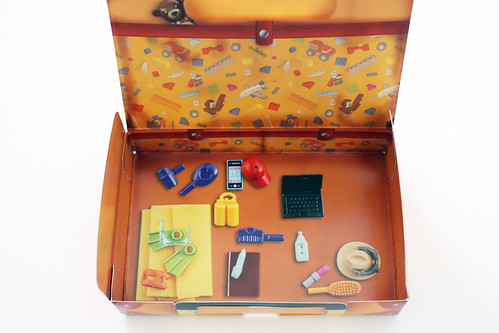 The items inside the box include the instructions in the form of a passport, a bag of parts, and some signs. 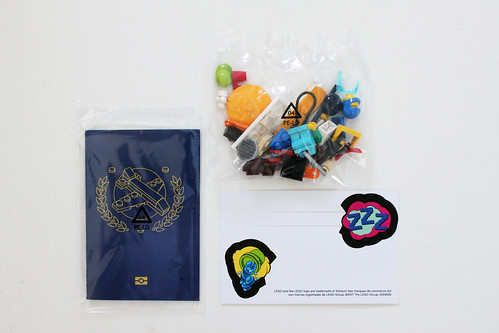 There’s one minifigure included with this set and he’s nothing too special. The torso features the spaceman printing and green arms. It has been used before in previous sets but it’s still cool to get that particular one. The legs are medium blue and the cap that he wears is lime green. 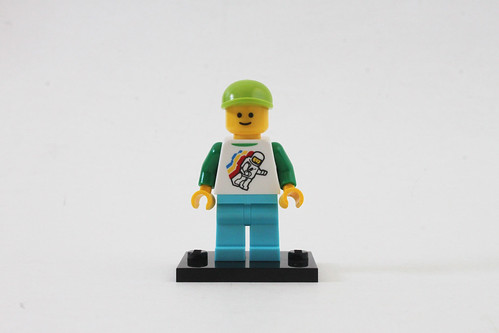 There are lots of little builds that are in the set such as a beach chair with an umbrella, a mini sandcastle, a barbeque, and a camera on a tripod. There’s also a surfboard, a whip used as a fishing rod, some scuba gear, suitcase, and ice cream cone.

The idea of the set is to use these builds along with the minifigure and take picutres of them in various locations. In the back of the instructions, there are some images of the set at different locales. 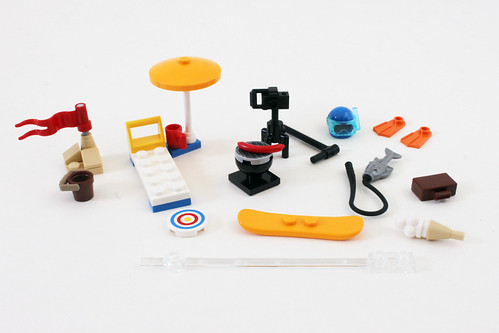 The LEGO Minifigure Travel Pack (5004932) isn’t your typical promotional set as June is sort of a travel month for LEGO promos. The minifigure is okay but I do like that torso. The builds themselves are really simple ones but at least you can have some extra parts if they don’t suit your fancy. 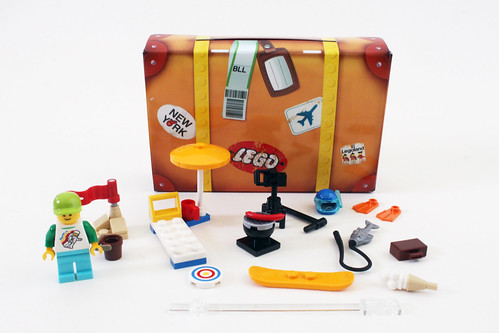 LEGO has sent me an extra one of this set and I’ll be passing it on to one of you guys. Since this is a small set, I’ll also be putting in a mystery item as well. I’ll be using Rafflecopter for you to enter with and the deadline to enter is next Sunday, July 2. Good luck to everyone.

Update: Congrats to Simon Leung for winning the prize.