With our next set review of the LEGO Speed Champions theme, we have our third of four smaller sets with the Porsche 918 Spyder (75910) 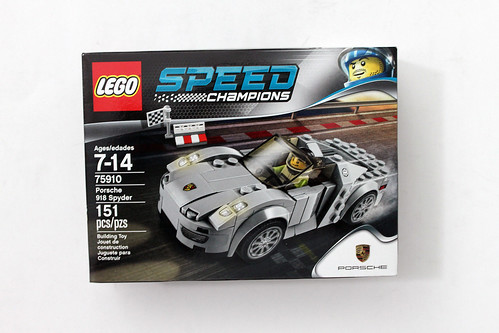 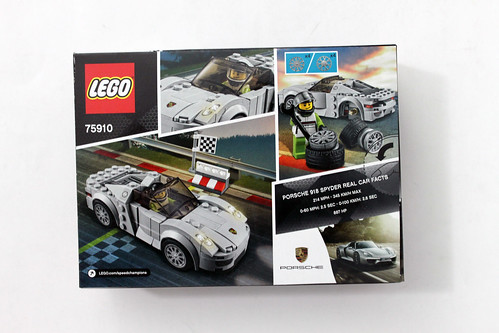 The box contains three unnumbered bags, one instruction booklet, and a sticker sheet. 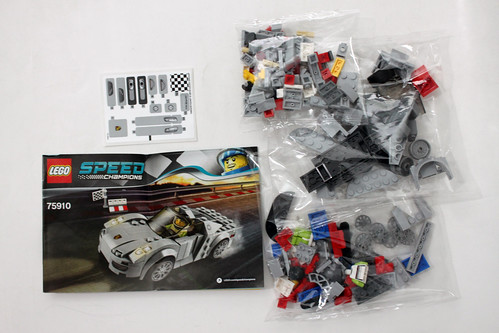 Like with the other smaller sets in the LEGO Speed Champions line, the set comes with only the driver minifigure. He has a pretty simple printed torso that says Porsche Motorsport on both side with lime green arms and legs. He also wears a black helmet. His accessory is the trusty wrench that you use to pop out the wheel alloys. 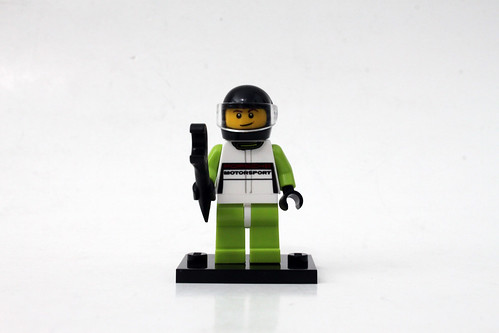 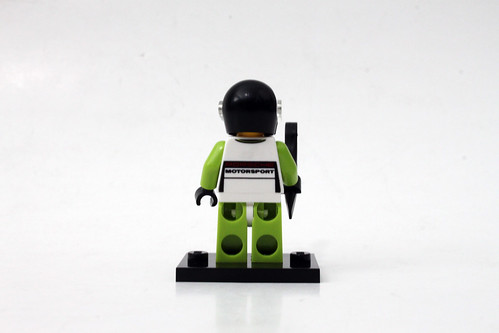 As mentioned before, the Porsche 918 Spyder is the smallest set in the current LEGO Speed Champions wave. Like many of the other sets, the actual building of it is pretty straightforward. What’s different about this vehicle is that it is open-top. I wish there was a separate part to put the top on and remove as you please. 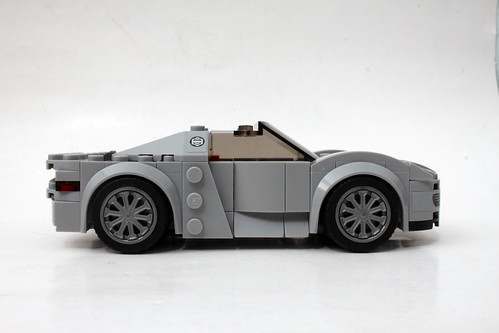 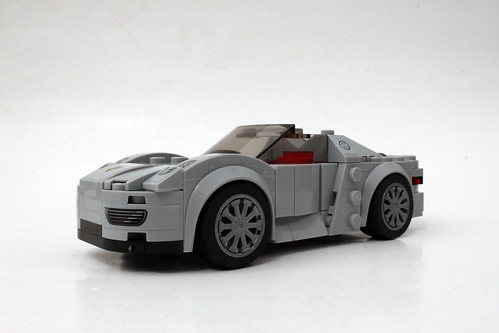 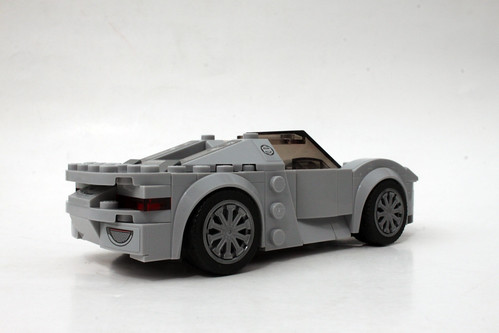 The majority of the Porsche 918 Spyder is a light bluish grey while its real-life counterpart is more of a silver metallic or a liquid metal silver. It would’ve been really cool if LEGO produced a fully metallic car but that would probably increase the price of the set substantially and make it unfeasable.

There aren’t as many stickers on the Porsche 918 Spyder as in the previous supercars that I’ve reviewed. The limited amount of stickers needed is a plus since there isn’t much needed to give the car the look that LEGO wants to achieve. Some nice detailed stickers include the Porsche logo on the hood and the gas and electro fill caps on the sides. 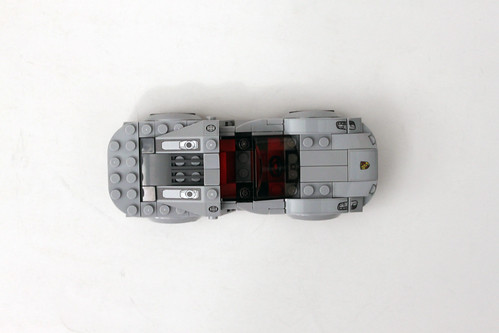 One thing that I don’t really like about the cars is that there is only one seat for the driver even though these are two seater cars. I think the reason behind it is because it’ll make them oddly large but as a single seater, the cars are decently proportional. 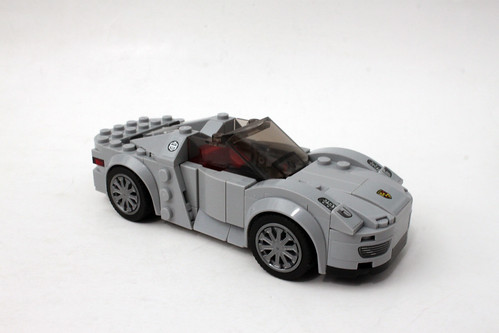 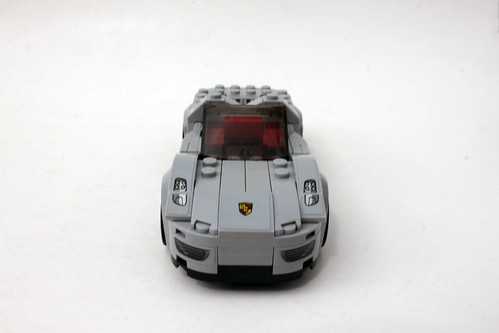 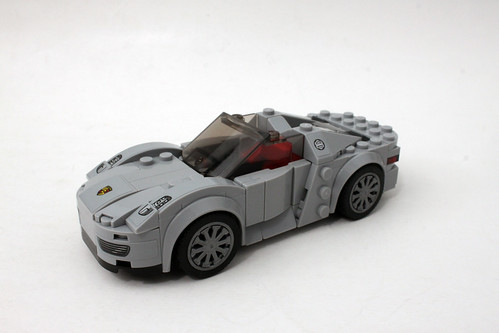 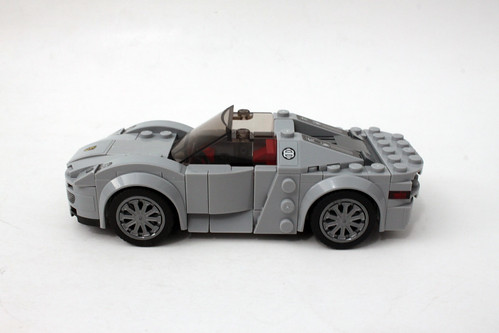 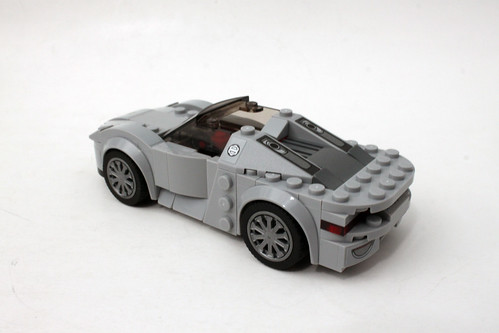 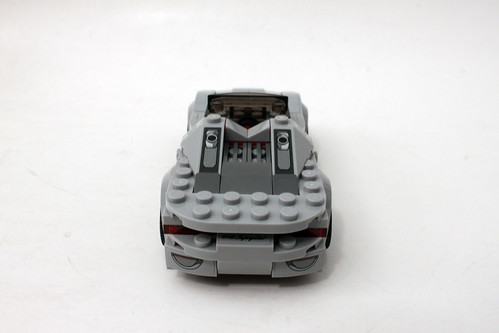 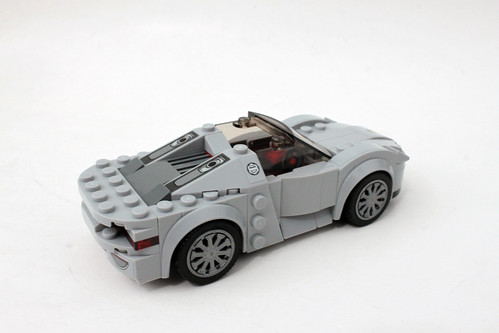 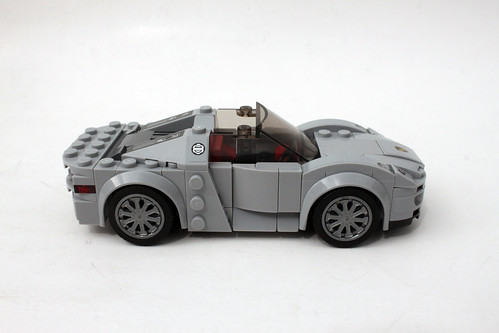 Like with the other supercars in the wave, the alloys can be switched out between two sets. I personally like the one in the final images because they do look similar to the 918 Spyder Rad alloys. 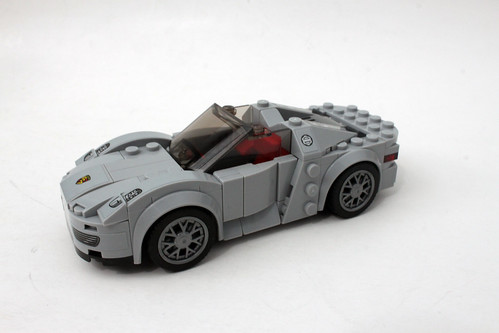 The other part of the build is the checkered flag and small rumble strip. Note that the flag is a sticker and not a printed piece. 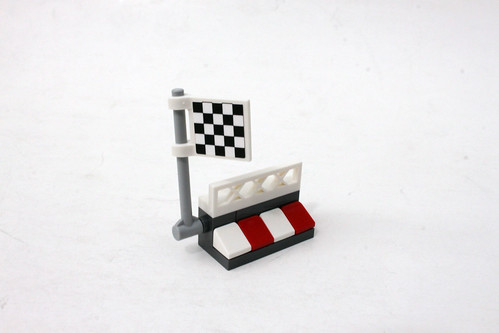 has a different feel than the other two supercars that I’ve reviewed before. It does look fairly accurate but not as accurate as the McLaren P1 (75909) but one notch higher than the LaFerrari (75899). As of right now, it’s my second most favorite supercar out of the three I’ve reviewed so far. I hope to have the last of the small sets done in the next few days with the Italia GT2 (75808) so stay tuned for that. 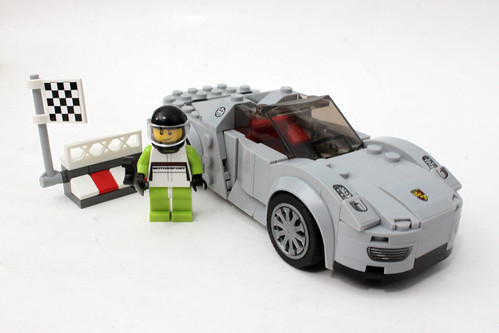