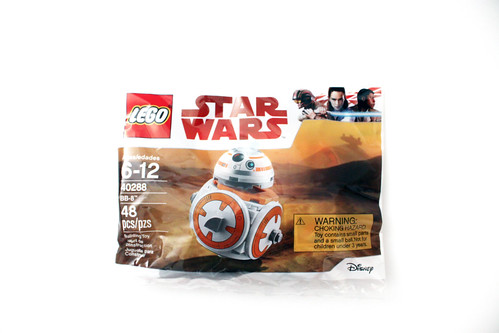 Next week is the start of the LEGO Star Wars May the 4th 2018 event and the main item during the promotion is the BB-8 (40288) polybag. It consists of 48 pieces and you can get it on May 4th only with a purchase of $75 or more while supplies last. 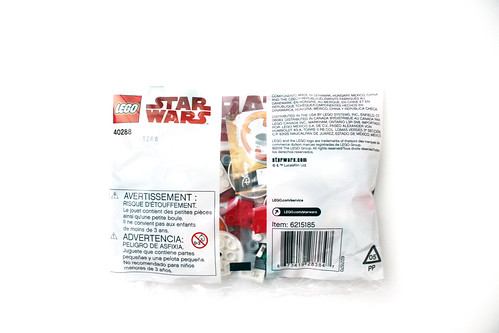 BB-8 is in the same scale as the R2-D2 from last year. The build is fairly simple and the base of it uses a basic cube technique. It also relies on five printed 4×4 dishes for the design of the body which is good. 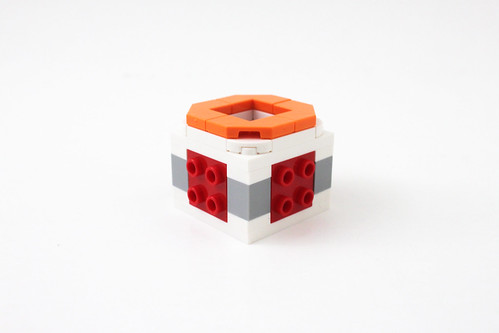 The bottom dish is attached to some plates which connects to the bottom of the cube while having a Technic joint to attach the head to. 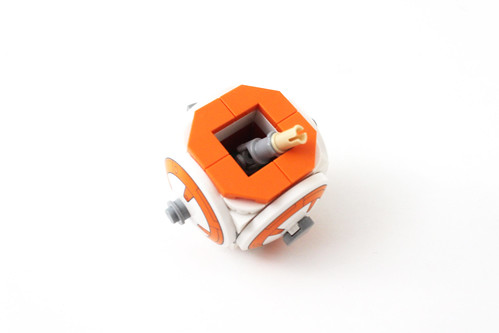 As for the head, it is also printed and uses the same dome piece as R2-D2 but with BB-8 design. As I said before, it attaches to the body using a Technic pin and the joint allows it to wobble. This is an easy technique but is also very effective as it simulates BB-8’s head movement.

One thing I don’t like about this build is the use of the dish on the bottom. Because there’s a stud on it, BB-8 has a tendency to tip over very frequently but he’s fine if you gently set him down. 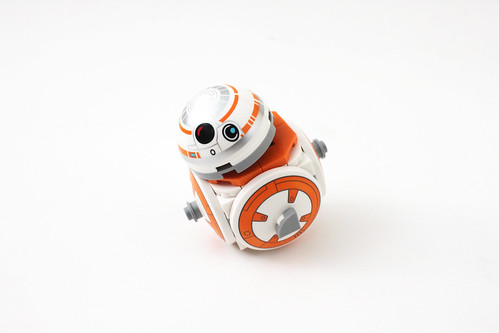 Overall, the LEGO Star Wars BB-8 (40288) polybag is a decent one that fits nicely to last year’s build. I also understand that some fans prefer the exclusive minifigures much more than the builds. The scale of BB-8 looks great especially when it sits next to R2-D2. 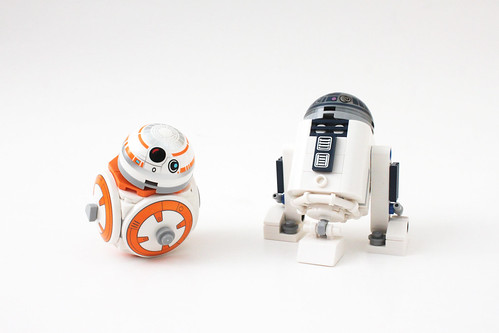 Again according to the promo flyer, it is only available for one day only but I’m sure LEGO Stores will try to pass them out throughout the whole weekend unless they have explicit instructions not to.